3 Controversial Topics That Are Separating Us from God

Despite being highly divisive questions, Christians can respond to these topics in loving ways.

Politics and moral behavior are topics that Christians have to consider that create angst between personal views and biblical perspective. For people of faith, voting, marijuana legalization and our response to those with different faith and belief practices are critical and divisive issues. The issues gripping our world today, inside and outside of the church have a lot to do with how people think and how thinking has changed. When we’re not careful, our responses can bring out the worst in us and lack biblical truth. This ultimately separates us from God’s will and is not a reflection of Christ. Pastor Bobby Conway, author of “Does God Exist” and pastor of Life Fellowship Center discusses some of these critical and divisive questions and how Christians can respond by representing Christ’s values. Despite popular belief, we can still speak our mind and model Christ’s love in our actions and our speech.

How Should Christians Vote?

This is a critical question for Christians and often leaves people of faith feeling defeated, unsure about the candidates they’re supporting and wondering if they should vote at all. Many Christians believe that God wants them to rely on their own principles when voting for people to be in positions of leadership. Contrary to popular belief, God’s Word is not silent when it comes to this topic, and the Bible provides instructions that can guide us in casting the right vote. As Christians, it’s especially important that we honor God with our votes by electing candidates whose beliefs are biblical.

Pastor Conway explains that as Christians it’s important to exercise your right to vote, but it is also important that we are informed when we vote.

“When it comes to voting, we need to understand who the candidates are, what the issues are, and what our biblical values have to say in light of those candidates,” Pastor Conway said. “We want to be biblically measured when we go into the voting booth.”

We want to get a sense, as much as we can of who we would believe God would want in office. We do run into some problems at times as it relates to having candidates who we don’t think align at all with our values. This becomes a conscience question for many. They are unsure whether or not to vote at all because they don’t feel like they can do it with good conscience or they choose to vote for the best of the two possible candidates, often framed as the lesser of two evils.

With the ongoing struggle for the evangelical vote, many candidates are quick to align themselves with the title of being Christian but don’t practice these values in word and truth. It’s hard to know where a candidate’s heart is as it relates to voting and the candidacy, Pastor Conway explains. Only God knows their heart. However, we do have the opportunity to look at the way they live and what they say.

"The Bible says, ‘You will know them by their fruits,'” Pastor Conway said. “That doesn’t mean we will perfectly know them but we can make good judgment on whether or not somebody is really just trying to be a politician and gather votes or whether or not they are living for Jesus.”

Christ should be at the center of our decisions on Election Day.

“We should represent Christ’s values as best we can,” Pastor Conway said. “We shouldn’t be alarmed. God will still accomplish His purpose regardless of who’s in office (Proverbs 21:1). Vote principles over personality. Pray before you vote for the candidates. Be educated on what the candidates support.”

Should Christians Support the Legalization of Medical or Recreational Marijuana?

As more states determine if marijuana should be legalized, many Christians are torn in their responses. There are those who use marijuana for recreational purposes and those who use it in the name of medical help. So the question becomes should Christians support the bill or should they partake if they are ever in medical need?

“Unless drugs are truly used for medical purposes, they should be avoided,” Pastor Conway said. “One should consider the future risks for any medical options.”

This is a subject that hits close to home for Pastor Conway. There was a time when he used marijuana for recreational use. Through the help of God, he has been clean and sober since October 9, 1994. Today, he truly recognizes His body as God’s temple and suggests other Christians view their bodies in a similar way.

“We need to be careful that we don’t do things that will kill our brain cells, hurt our lungs. We want to take care of being sober-minded as the Scripture says,” Pastor Conway said. Recreational marijuana use will also put us in positions where we’re not making the most God glorifying decisions.

“When we’re high, our inhibitions are lower, our judgment is compromised,” Pastor Conway said. “We want to have a heightened judgment so that we can make good decisions. We want to be in a position where we’re treating our bodies as temples.”

Pastor Conway can see a different argument for medical marijuana as long as certain boundaries are in place. While there is no direct mention of marijuana in the Bible, Pasto Conway explains that there are incidents in the Bible where antidotes were utilized for medical reasons (1 Timothy 5:23).

If we know someone we love is using marijuana for recreational purposes, Pastor Conway suggests that we lead off from the foot of grace.

How Should Christians Treat Muslims?

We live in dark times – times where people from different religions/faith backgrounds have demonstrated actions that are violent and hateful which have created large divides. Christians and Muslims have very different beliefs and faith practices; however, this doesn’t mean we should not practice love and respect when we relate to people of the Muslim faith.

There are a number of misconceptions Christians have about Muslims that continue to endorse fear. Because of the news we’re getting today, we might look at Muslims with a sort of skeptical outlook where we wonder if this could be a terrorist, Pastor Conway explains. This is not only untrue but also unfair.

“Not all Muslims are terrorists in the same way that Christians don’t carry around poster boards saying derogatory statements,” Pastor Conway said.

Muslims, like all people, deserve our respect as people created in the image of God. They are not our enemies, they’re humans in need of the Gospel, Pastor Conway said.

“There is a segment of Islam that we really need to watch out for but there is also a segment of Atheism, and new atheists or there’s a segment of Christianity that we also must watch out for,” Pastor Conway said. “We have to realize that there are splinters within each of these movements that can be ultra corrupt and we’re not excluded unfortunately as Christians.”

When we practice respect and reflect love with Muslims that doesn’t mean we’re adopting their teachings. It also doesn’t mean that that we are going against God when we have Muslim friends. We should be demonstrating love in our actions just as Jesus taught us.

“While we do not have to accept the teachings of the Quran, why would we want to offend people we are trying to reach with Christ’s love,” Pastor Conway said. “We are called to build bridges, not burn them.” In order to build better relationships with Muslims and people of other faith backgrounds, we should remember what Jesus taught us about loving our neighbor as ourselves.

Regardless of the sides you take on any of these issues, how you address and confront these issues is an important indicator of your relationship with God. It’s important that we understand the difference between critical analysis, criticism and judging when we exercise our right to protest, voice and defend our values. How would Jesus have us address these critical issues of our time? Are we seeking to first model ourselves after Jesus? Hopefully, your answer is yes. 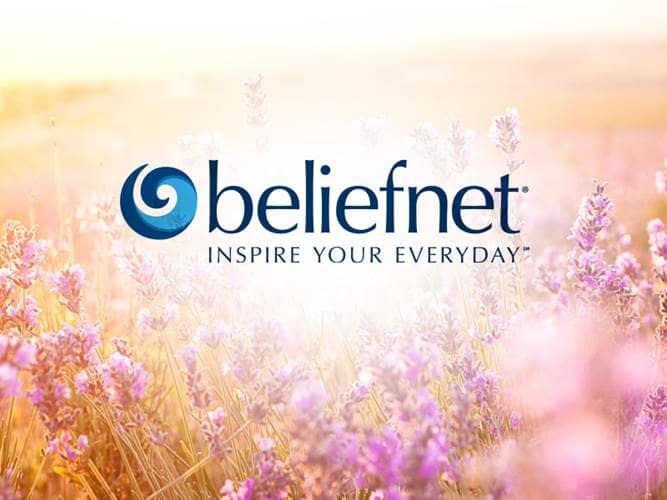