The Parable of the Sower

Allegory in the Bible

Scripture features many instances of allegory. These moments are used to foreshadow later events while also explaining spiritual truths. One example of allegory in the Bible is the Parable of the Sower of Seed. Allegory isn’t just found in this particular parable, but other parables in the Bible.

You may be familiar with this parable which appears in chapter 13 of the Book of Matthew. The parable begins with a man venturing out to sow grain. This particular parable is a growth parable and ultimately an allegory about God’s kingdom. This parable has been interpreted to reveal a hidden but powerful message as every little thing in the story has a significant meaning.

Matthew 13:1-9 tells us, “That same day Jesus went out of the house and sat by the lake. Such large crowds gathered around him that he got into a boat and sat in it while all the people stood on the shore. Then he told them many things in parables, saying: ‘A farmer went out to sow his seed. As he was scattering the seed, some fell along the path, and the birds came and ate it up. Some fell on rocky places, where it did not have much soil. It sprang up quickly because the soil was shallow. But when the sun came up, the plants were scorched, and they withered because they had no root. Other seeds fell among thorns, which grew up and choked the plants. Still, other seed fell on good soil, producing a crop—a hundred, sixty or thirty times what was sown. Whoever has ears, let them hear.'” As mentioned in verses 1-9, some seeds fell on rocky ground in spots with little soil. Other seeds fell among the bushes. Before Jesus interpreted this parable, He drew the disciples away from the crowd. The crowd asked Jesus why He spoke to them in parables. Jesus tells them, “Because the knowledge of the secrets of the kingdom of heaven has been given to you, but not to them. Whoever has will be given more, and they will have an abundance. Whoever does not have, even what they have, will be taken from them. This is why I speak to them in parables: Though seeing, they do not see; though hearing, they do not hear or understand” (Matthew 13:10-13). Following this moment in His ministry, Jesus only made explanations to the disciples when He talked in parables. If you ever wonder why Jesus allowed people to wonder about the meaning of parables, this is the explanation.

We can learn a great deal from the parable and gain significance for today. In this parable, the man represents God. The seeds represent His message. We learn from this parable that just as a seed begins to grow, God’s Word begins to grow and deepen within the hearts of believers. The bird references some seed that fell on the path that the birds ate. The birds represent satan, and the path symbolizes people who do hear the message but are immediately lost. The significance here is for us to see that people who don’t follow the Christian path are focused on other things.

For the seed that fell on rocky ground with little soil, this represents people who may respond to situations with excitement and enthusiasm, but God’s Word doesn’t really sink in deeply. They give up immediately when they encounter things like persecution or difficult times because it isn’t easy. The Christian lifestyle isn’t easy. Too often, people give up when things are hard, and Jesus is emphasizing this here.

There is also the seed that fell in the thornbushes, and when it grew up, it choked the plants. These thorn bushes choke God’s message. People’s concern for things like their worries and riches are responsible for the death of the plants. We can learn from this that there are people who are too concerned about what the people around them think. These are the types of people who are way too concerned with things of the world or their own emotions.

Finally, there are the seeds that fell on good soil, and they produce. This particular soil represents those who listen to the gospel and live it out in their lives. Some people have strong faith and stay dedicated to a Christian lifestyle, even when the chips are down and times are tough. This is how we should be striving to live.

The parables often resonated with the audience He was sharing them with. The parables generally spoke to a particular theme. In this case, it was a growth parable. This was something those living in biblical times were able to easily comprehend. Another great thing about the parables is that they tapped into the imaginations and the hearts of those who listened to them. One of the best ways to understand parables like this one is to think of them as early stories with a strong heavenly meaning.

Ultimately, the parables are some of the most profound and unique parts of the Bible. Jesus uses them to share the Good News not only with disciples and His followers but us. Along with the rest of the gospels, the parables uncover Jesus’ true purpose and powerful lessons from God. Some of these things included prophecy fulfillment, saving the lost and ministering to others. If you’re not familiar with the parables, you should take out the time to read them. Some of the most popular parables include the Parable of the Mustard Seed, the Prodigal Son and the Weeds. Whether you’re reading the parables for the first time or reading them for the hundredth time, you gain new meaning each time you read them. 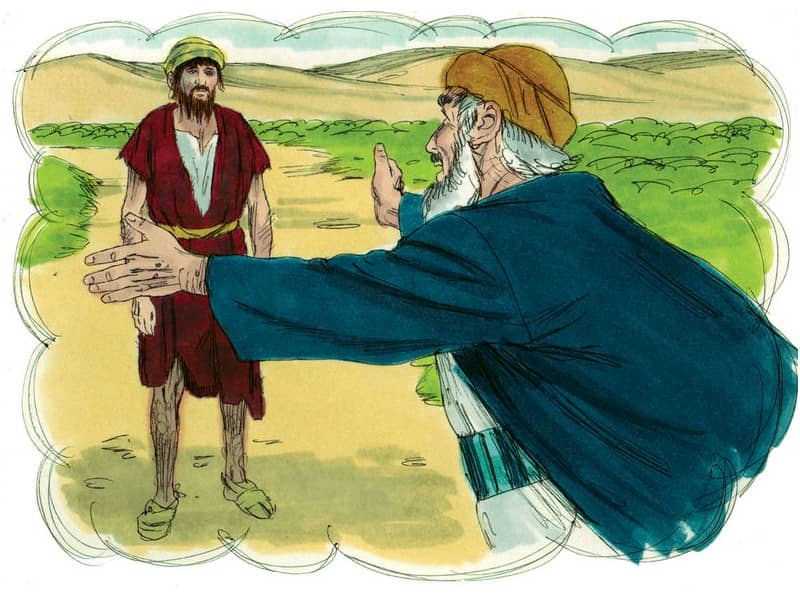 The Story of the Prodigal Son