7 Bible Verses That Dont Mean What You Think

The meaning of even the most important verses can be lost to time.

The Bible forms the bedrock of the Christian religion. Sadly, there are a large number of Christians who have never actually read the Good Book. Some of them attempted to read it but got bogged down in the long lists of rules found in Deuteronomy and Leviticus. Others have read the New Testament repeatedly but never bothered to try their hand at reading the Old Testament. Still others remain convinced that any part of the Bible that is important will be discussed in church services either as a reading or as part of a sermon. This sort of attitude means that there are a great many Christians who profess to believe in what is written in the Bible but have no idea what the book actually says.

Christians who read the Bible regularly do not necessarily get everything right either. Lost cultural context and the use of the translations of translations has led to sections of the text being turned on its head. Sometimes people misunderstand the stories. Other times they misinterpret how a character was meant to be viewed. Still other times there are verses that many Christians could recite in their sleep, but they have actually misunderstood the meaning of the verse. Here are seven Bible verses that do not mean what most Christians think they do.

“And I tell you that you are Peter, and on this rock I will build My church, and the gates of Hades will not overcome it.”

Matthew 16:18 is the subject of quite a bit of debate in Christianity, in part because it is one of the main verses used by Roman Catholics to argue for the authority of the Pope. This, however, is not the part of the verse that so many Christians misinterpret.

The Greek word that is translated as “gate,” pulai, did not always mean a literal gate. It could also refer to authority or power. Similarly, the verb katischusousin, often translated “will overcome,” was an active verb. Inanimate objects, like gates, cannot act on something else. As such, the more accurate translation would be that “the powers of Hell will not overcome [the church].” The phrase pulai Hadou may also be misinterpreted. It can refer to the realm of the dead as a whole, not merely the place of torment modern Christians call Hell. As such, Matthew 16:18 refers to the Church overcoming death and sin rather than actually breaking down the gates of Hell.

“For the love of money is the root of all kinds of evil. Some people, eager for money, have wandered from the faith and pierced themselves with many griefs.”

This is perhaps one of the most commonly misquoted verses in the Bible. “Money is the root of all evil” is a phrase that has migrated out of Christianity and into secular culture. Christians and non-Christians alike warn others of the dangers of greed. The Bible condemns greed, but it does not condemn money in its entirety. 1 Timothy  6:10 states that the love of money is the cause of many problems not the money itself. A person who suddenly came into a financial windfall or who has earned a great deal of money is not suddenly going to become evil because they are wealthy. The person who acts unethically in the pursuit of money, however, is going to face “many griefs.” Money is just like everything else. It is not in and of itself a problem. It becomes an issue when it becomes all important.

Exodus 20:17 is normally taken to mean that a person should not want anything that someone else owns. The verse is wielded as a weapon against materialism, but there is a great deal of debate over what the verse actually means. In this case, the interpretation hangs on the meaning of a single word, the Hebrew chamad, translated “covet.” Some argue that the biblical meaning of “covet” refers simply to envy or desire. This is the most common interpretation. There is evidence, however, that chamad actually refers to a person not only wanting something, but taking action or making plans in order to take what they want. In that case, Exodus 20:17 is not warning against one person wishing that they had an ox as strong as their neighbor, it is stating that a person should not try or consider trying to steal that ox for themselves.

“You have heard that it was said, ‘You shall not commit adultery.’ But I tell you that anyone who looks at a woman lustfully has already committed adultery with her in his heart.”

Matthew 5:27-28 is a verse that is often misinterpreted due to subtle cultural changes over time and slight differences in meanings between the original text and the words chosen as a translation. The verse is normally taken to mean that anyone who casts an appreciative eye at the opposite sex has committed a terrible sin. This, however, does not fit with the original text.

The key issue with Matthew 5:27-28 is the choice of the word “lust” to stand in for the Greek epitheumeo. This Greek word does not translate to sexual desire. Frankly, lust does not either, but that is the most common modern connotation for it. Epitheumeo is the Greek translation of the Hebrew chamad or “covet.” As such, Matthew 5:27-28 does not warn against noticing that another person is attractive. It warns against considering or seeking out what is forbidden, in this case, adultery.

“You shall not murder.”

It is amazing that some of the best known verses in the Bible, the Ten Commandments, are actually subject to a great deal of misinterpretation. The differences may be subtle, but given how they are meant to govern Christian and Jewish lives, a proper interpretation is rather important. Exodus 20:13 is one of the most basic commandments of morality and arguably the law most necessary for creating a civilized society, the prohibition against murder. Ironically enough, Exodus 20:13 is commonly mistranslated as “you shall not kill.” There is an enormous difference, however, between forbidding all forms of killing and forbidding murder. Exodus 20:13 is commonly translated as proscribing any form of killing, but that fits with neither the original Hebrew nor the rest of the Bible. The Bible repeatedly states that it is acceptable for soldiers to kill, rulers to administer capital punishment and even lays out how a person guilty of manslaughter should act to avoid being attacked in revenge. Clearly, death itself is not the problem. The issue is premeditated, deliberate murder or ratsach. Ratsach is the word used in Exodus 20:13, not harag or “kill.” As such, the verse states that a person shall not murder another, not that all forms of killing, such as in warfare or self-defense, are forbidden.

“If anyone forces you to go one mile, go with them two miles.”

Matthew 5:41 is a verse that is often used to push people to work harder and do more than is necessary. It is the origin of the common phrase “go the extra mile.” The verse, however, would have meant something very different to ancient Jews. Rather than a feel good motivational quote, Matthew 5:41 would have forced Jews to confront both that status as an occupied people and the power imbalance inherent in their interactions with the Romans who held Israel and Judea hostage.

In Jesus’ time, a Roman soldier could force a Jew, any Jew, to carry their things for one mile. Most Jews would, of course, carry the soldier’s things the required one mile and not an inch more. What Jesus was suggesting flew in the face of that subtle defiance. Jesus was suggesting that the Jews continue walking with their oppressors and do something good for their enemies. Rather than upholding the tensions between the two groups, Jesus was suggesting that Jews use an unpleasant task to take the high road and, essentially, prick at the Roman’s conscience for taking advantage of people in the first place.

“But if there is serious injury, you are to take life for life, eye for eye, tooth for tooth, hand for hand, foot for foot, burn for burn, wound for wound, bruise for bruise.”

To modern readers, Exodus 21:23-25 seems unbearably violent. It seems to justify revenge and encourage an endless cycle of violence. As the phrase goes, “an eye for an eye makes the whole world blind.” What is often lost when dealing with this passage is the cultural context that surrounded it. In the ancient world, revenge was the norm, and it tended to escalate. A person who lost an eye would not take the other person’s eye, they would take the other’s life. Exodus 21:23-25 was actually cautioning restraint. The Israelites would take no more than an eye for an eye or a tooth for a tooth. To the ancient world, this sort of level reciprocity would have been astonishing.

The Bible is the single most influential book in history, but there are a surprising number of Christians who have little idea what the book actually says. Those who do read it often find themselves dealing with the issues that arise out of lost cultural context and mistranslations. This can lead to some interesting misinterpretations of even the most famous verses. The differences are subtle in some cases, but when it comes to dealing with the laws and examples that are meant to guide a person’s life, accuracy is important regardless of the age of the original text.
Stephanie Hertzenberg is a writer and editor at Beliefnet. She is a graduate of the College of William and Mary where she majored in Religious Studies and minored in Creative Writing. She maintains an avid interest in health, history and science. 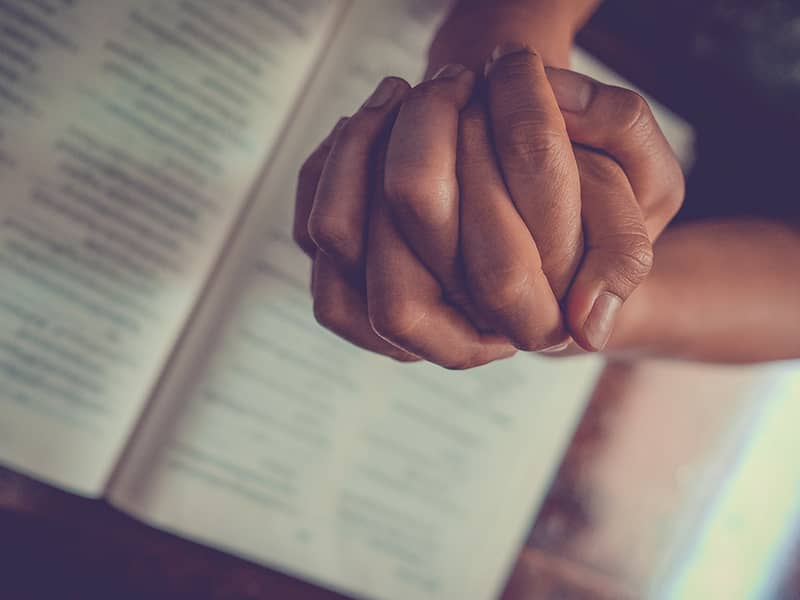 6 Catholic Devotions That Can Enhance Faith