6 Things You Didn’t Know About Hannah in the Bible

Interesting facts about one of the most recognizable women in Scripture.

Hannah is one of the most inspiring women in the Bible and also one of the most identifiable women in Scripture for a number of reasons. We recognize her for her sorrow. She wanted a child so badly but was barren. She prayed to God that she would be granted a son and in turn, promised to dedicate his life to the service of God. She received a son, named him Samuel and didn’t fall short on her promise. She left her son to be raised in the Temple, while still staying connected to him, providing counsel and wisdom to him throughout his life. She is also recognized in the Bible for her sacrifice. She dedicated her baby Samuel to the Lord and left him at the temple to serve God “all the days of his life” (1 Samuel 1:11). Her son later grew up to be one of the most influential and Godly figures in the Bible. One of the most inspiring things about Hannah is the fact that she never gave up hope that God would hear her prayer. Here are six things you may not know about Hannah in the Bible.

She Was One of Two Wives

She Was One of Two Wives

Hannah was one of two wives of a man named Elkanah who lived “in the hill country of Ephraim” near Shiloh. The other wife of Elkanah, Peninnah, had children, but Hannah has no child. Because of this, Hannah was very grieved. She desperately desired a child but could not conceive. To make matters worse, Peninnah taunted Hannah concerning her barrenness. Although Elkanah loved Hannah and was very kind to her (1 Samuel 1:5, 8), Peninnah’s unkindness on top of her natural grief was too much for Hannah to bear. Hannah cried out to God about her situation. She promised the Lord that if He would give her a son, she would dedicate him to God as a Nazirite, a man set apart to serve God.

In Her Prayer, God is Presented as the One Who Helps the Weak

In Her Prayer, God is Presented as the One Who Helps the Weak

Hannah and Peninnah represent the weak and the strong in this world. The strong often mock the weak, but God hears and rescues the Hannahs of the world. Hannah’s prayer addresses the arrogance of the proud, contrasting their arrogant words with God’s knowledge, which is vast and far beyond their understanding. “The bows of the mighty are broken,” she says, “but the feeble bind on strength” (1 Samuel 2:4). She begins her prayer with “My heart exults in the Lord; my strength is exalted in the Lord.” Hannah recognized that her strength came from God and not from herself. She was not proud in her strength but rejoiced in God’s ability to make a weakling strong.

Many of the greatest people in the Bible struggled with infertility issues. There are at least seven women in the Bible who were initially childless or what God’s Word calls barren. Six of these seven women finally did have children after several years. Those included Hannah, Sarah, Rebekah, Rachel, the mother of Samson, the Shunamite and Elisabeth. Each of these women struggled with extended periods of bareness. In those days, it was a shame for a woman not to bear children for her husband. However, through God they overcame and gave birth to healthy children, and many of these children grew up to be powerfully influential people. Although many times it was the woman in the marriage who was physically incapable of bearing kids, there were no doubt instances where it was 6the man who could not engender offspring.

Her Story Gives Us Insight into God’s Heart

Her Story Gives Us Insight into God’s Heart

We see through her story that God does not despise human desire. Hannah’s longing for a child was obviously placed in her heart by God Himself. Her husband tries to comfort her, saying in loving exasperation, “Am I not more to you than my ten sons?” He does not understand why she cannot be content with what she has – namely, him. But Hannah’s desire for a son would not be quenched. She was mocked by Peninnah and rebuked by Eli, but heard by God. God did not chastise her for being discontent. We know that godly contentment is great gain (1 Timothy 6:6). But that does not mean that our human desires – even those that overwhelm us with sorrow when they are unmet – are sinful in God’s eyes. He understands our feelings. He knows that “a hope deferred makes the heart sick” (Proverbs 13:12). And He invites us to bring our requests to Him.

In God’s house, she besought the Creator “to raise her into the empire of motherhood,” and to interfere with law of nature on her behalf. The Lord blessed Hannah with five additional children. The Bible tells us, “And the Lord visited Hannah, so that she conceived, and bare three sons and two daughters. And the child Samuel grew before the Lord” (1 Samuel 2:21). Here, we have an instance in which a gift is presented to the Lord, and the giver receives much more in return. God didn’t simply honor Eli’s blessing the first time. He continued to answer the prayers for Hannah. Childless, Hannah was not prayerless. Barren, she still believed, and her pain found a refuge in prayer.

Her Song Marks Her as a Prophetess

Her Song Marks Her as a Prophetess

Hannah’s Psalm of Thanksgiving marks her out as a poetess and prophetess. With her desire fulfilled, she bursts into son and pours forth her gratitude to God for His goodness, and her Magnificat became the basis of the one the Blessed Virgin Mary was to offer to the same covenant-keeping God. Readers will find a strong resemblance between Hannah’s son and that of Mary’s (Luke 1:46-55). The spiritual lyric of Hannah is equal to any of the Psalms and is eloquent with the divine attributes of power, holiness, knowledge, majesty and grace. Such elevated, poetic words elicited by God’s answer to her prayer, has stirred the hearts of saints all down the centuries.

The story of Hannah offers many important lessons. First, Hannah turned to God in prayer during her time of need. Second, she praised and thanked God when He did not answer her prayer. Next, she kept her commitment to the Lord, even though it must have been difficult. Finally, God blessed Hannah beyond what she had asked for. In the end, Hannah was not only the mother of Samuel but of three other sons and two daughters. The story of Hannah is also an inspiration and encouragement to women struggling with infertility or for some reason unable to have children. Hanna’s attitude of prayer and dependence on the Lord is a good example for us today. 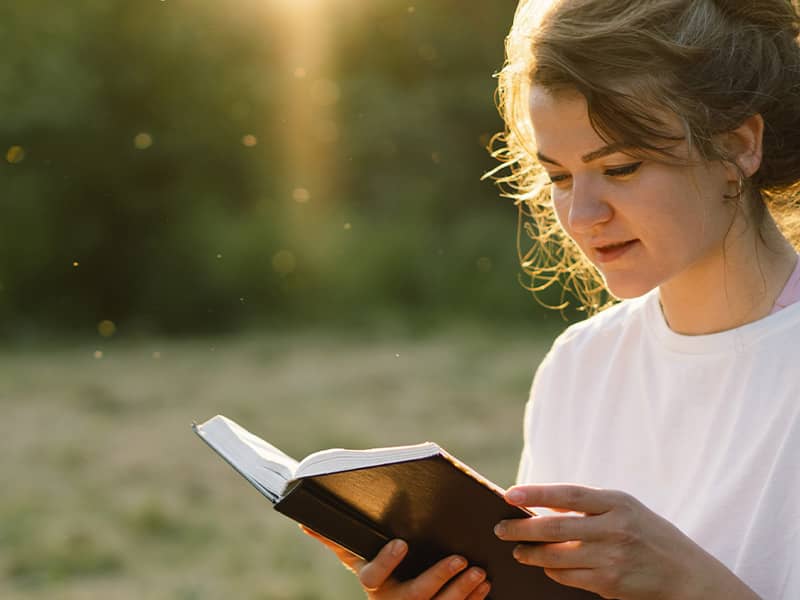 25 Bible Verses to Strengthen Your Faith
These verses will strengthen your faith in God. Read next feature >
Lesli White is a graduate of Virginia Commonwealth with a Bachelor’s degree in Mass Communications and a concentration in print and online journalism. In college, she took a number of religious studies courses and harnessed her talent for storytelling. White has a rich faith background. Her father, a Lutheran pastor and life coach was a big influence in her faith life, helping her to see the value of sharing the message of Christ with others. She has served in the church from an early age. Some of these roles include assisting ministry, mutual ministry, worship and music ministry and church council.