6 Powerful Keys to Unlock the Book of Revelation

Improve your understanding of the Bible’s most complicated book.

The Book of Revelation is one of the most complicated books of the Bible, even for Christians who have spent a lot of time reading the Bible. The last book of the Bible is also called the Apocalypse, meaning to disclose and reveal.

According to the Scripture, the Book of Revelation was “given by inspiration of God” (2 Timothy 3:16). We know from this that this book of the Bible includes information our Heavenly Father intends to reveal. Given Revelation is such a complex book, there are many things that people get wrong about this text. Here are six powerful keys to unlock the book of Revelation.

The book has a complicated background.

Many people are confused about the background of the Book of Revelation. Some Bible translations say that the Book of Revelation is the Revelation of John, but this isn’t entirely true. Revelation 1:1 tells us, “The Revelation [is] from Jesus Christ, which God gave Him to show His servants what must soon occur. He made it known by sending His angel to His servant John.” God talked to John in his dream and gave all the revelations he wrote in the book. However, the real author of Revelation is God, and Jesus Christ is the One who gave the Revelation to an angel to give to John. John recorded the message but is not the real author of the book. John was fitted for this role as he considered Jesus, his best friend. He was a beloved disciple – He followed Jesus for three years and believed every word He said.

The book is an apocalyptic prophecy.

Most biblical scholars agree that the Book of Revelation’s framework is apocalyptic. As a genre, apocalyptic literature details the authors’ visions of the end times as revealed by an angel or other heavenly messenger. It shares with prophecy revelation through visions and dreams, which often combine reality and fantasy. In both cases, a divine interpreter is usually provided to the receiver so that they may understand the many complexities of what is seen. John uses end-of-the-world imagery, as you would commonly see from apocalyptic works. This literature type relies heavily on symbolism that speaks to the audience that the book is written for. The symbols provided in the book were intended to impact hearers. Revelation is a highly poetic book that aims to influence and persuade the audience.

The number 6 in Revelation is significant.

Contrary to popular culture and popular belief, the number 666 is the name of the coming antichrist. Revelation 13:8 says, “Let the One with understanding reckon the meaning of the number of the beast, for it is the number of man. His number is 666.” The number six is thought to be the number of man: Man was created on the 6th day; man labors six days only. The workweek is missing something until God decides to set aside another day on which no work is to be done, but rest must be taken in honor of God resting from His great work. Seven typically represents completeness or perfection. The number 666 implies imperfection. Six, being on short of seven, can denote something incomplete or flawed in God’s eyes, and it can be associated with God’s enemies (1 Chronicles 20:6; Daniel 3:1). The writer of Revelation didn’t intend 666 to be the devil’s number, though it is commonly considered to be.

We can learn a great deal about Jesus’ return from this book.

The Book of Revelation is an apocalyptic letter that relies on visions, symbols, and Old Testament references to reveal the ultimate fulfillment of God’s promise given to Abraham in Genesis. While many people think that the book tells the date and time of Jesus’ return, this is not revealed here. Many people have attempted to pinpoint the time of Christ’s return, and each has failed. Jesus told his disciples on the Mount of Olives, referenced in Matthew 24:36, that “No one knows about the day or the hour,” so it is impossible to pinpoint the exact day or time of his return. However, we are told by Jesus that we will know when His return is near. “And then the sign of the Son of Man will appear in the sky, and then all the tribes of earth will mourn, and they will see the Son of Man coming on the clouds of the sky with power and great glory. And He will send forth His angels with a great trumpet and they will gather together His elect from the four winds, from one end of the sky to the other” (Matthew 24:30). A big takeaway from this reading is that Jesus will return one day as King with His followers to cue repentance.

Hope is found in the book.

The book symbolizes hope and assures us that God will save us all once again and defeat the enemy. If that doesn’t represent hope, then what else does?

One of the most significant themes of Revelation is God’s sovereign rule over His church and history. While the book is confusing, this is not John’s aim. His aim to bless them. Revelation 1:3 says, “Blessed is the one who reads aloud the words of this prophecy, and blessed are those who hear it and take to heart what is written in it because the time is near.” While we continue to see that the devil is at work, the devil and his negative forces will be destroyed, and God will bring about His perfect creation. As Christians, we are called to push through and endure. We will face opposition and persecution, but there is no cause more worthy. 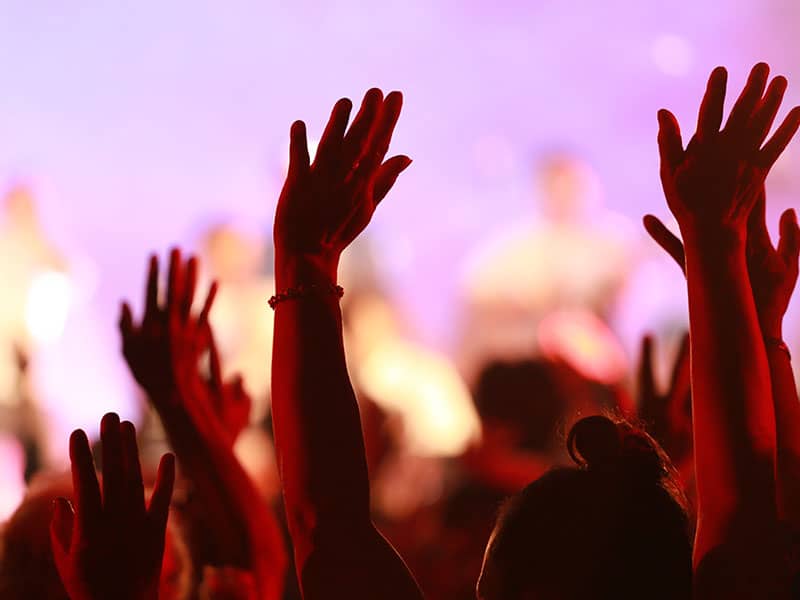 Is it OK For Christians to Sing in Church During the Coronavirus Pandemic?