The scientific community's certainty that God does not exist is pretty un-scientific.

Certainty is a drug. Some like to think that they know exactly how the world works, that they have an exclusive claim on the big picture of reality. This thought process is addictive—it’s comforting to know, because what is known can be controlled, and so they cling to certainty like a warm safety blanket.

But the idea of God, a supernatural creator from whom all of reality may have come, rips that blanket away.

The truth is that our world is anything but certain. Through the power of the scientific method, we are slowly uncovering the mysteries of our world, and in the process, we’re raising more questions than we solve concerning where we came from, where we’re going, and why anything exists at all.

Yet there is a stubborn streak of certainty that runs through the scientific community. Famed astronomer Carl Sagan once claimed that “The Cosmos is all that is or ever was or ever will be,” a thought echoed by many. Science, according to some, leaves no room for God.

Except that it does. And what’s more, science doesn’t just leave room for God, but, in some ways, actively points to His existence.

Let’s check out 6 of the ways in which science suggests God is real.

One of the most fundamental aspects of our universe that speaks of an intelligent designer is its origin. Something cannot come from nothing, so where did all of the matter around you come from?

Our best way of explaining the origin of the universe lies in the idea that there was an explosion at the beginning of the universe, which we often call the Big Bang. This assumption is based on Einstein’s theory of relativity, as well as on observed phenomena, and it works—it’s quite likely that this is where all of the atoms that make up you, your chair, your house, and every piece of matter in the universe initially came from.

But what of the time before the bang? If the universe has a beginning, what is its beginner?

This is where certainty ends.

At this point, considering God as the origin of the universe is almost mandatory—there is little else which could explain the very fact that we exist at all. When we close our minds to the possibility of His existence, we limit our ability to explore the way our world really works.

The Complexity of Life

The Complexity of Life

The human brain is one of the most sophisticated constructs in existence—even we can’t figure out how it works, or why we have consciousness at all. Even simpler biological structures, like our eyes, are incredibly complex—far too complex to have sprung up from simpler forms of life.

The very complexity of life, then, points to a creator.

Evolution is a bad word within many religious communities, but science has proven that it does happen over generations. Biology adapts to its surroundings in various ways, slowly introducing change to every living thing. Evolution is not incompatible with God—He had to have given all life the ability to change and survive, after all.

Someone who claims Darwinian evolution as the source of all life might say that structures like brains and eyes came about through numerous, successive modifications that kept happening over time—the single-celled organism slowly becomes a human being over millions of years.

But the chances of so many systems—eyes, brains, organs, and much more—coming together and working together so perfectly are almost nothing. Evolution cannot explain our complexity.

A creator, however, does. The mass of interacting parts that make us human speak of purposeful design, not mere cosmic accident.

If one single aspect of planet Earth were changed, we could not live here. It is absolutely—and measurably—perfect for sustaining us, and this points toward a purposeful design.

There’s a very good reason we can’t seem to find signs of life on any other planet. Earth orbits the sun at exactly the right distance to keep our world at a moderate temperature. A bit closer to the sun, and all life would burn. A bit further, and we would freeze.

Even the moon contributes to this perfection, its gravitational pull helping to keep the Earth at a tilt, without which our weather would be catastrophic.

If Earth lacked its strong magnetic field, we would be bombarded by cosmic rays. If it lacked tectonic plate movement, our surface temperature would drop. If the planet were larger, we would be crushed by its gravity, or if it were smaller, it couldn’t hold a life-sustaining atmosphere.

These attributes, and many more, all come together to form a planet that is tailor-made for life, and what better explanation for this than the purposeful movements of God?

There’s no getting around it—our universe is fine-tuned for life, and that suggests the hand of an intelligent God.

If even one of the physical properties of the universe had been a little different, we would have no stars or planets or nebulae or, well, anything. We live in a Goldilocks universe that is “just right” for us.

Change one thing—the charge of electrons or the force of gravity or the strong nuclear force, for example—and nothing could exist as it does today. Every law of nature supports life perfectly.

Even mainstream scientists can see the possibility of a creator in this. Atheist astronomer Sandra Farber in an interview with PBS, says that “One is that there is a God and that God made it that way.” But because of her worldview, she prefers to search for other possible, non-supernatural answers.

The possibility of God, however, remains open, even likely—what we can observe of our universe through the scientific method speaks not of chance, but of design.

The Mystery of Consciousness

The Mystery of Consciousness

Finally, the existence of human consciousness is one of the biggest clues to the involvement of God in human affairs.

Consciousness, something we all take for granted, is one of the last frontiers of science. There is no explanation for it—it resists all attempts at breaking it down into smaller, more easily understood processes.

In other words, it shouldn’t exist. We’re made of the same atoms that everything else is—in essence, we are, as Carl Sagan once said, the universe observing itself. But the problem is this: there is no materialistic explanation that can explain how this could possibly happen.

But there is a supernatural one: the soul.

There are emerging views that the brain may not be the seat of consciousness, but rather the receiver of it, just as a radio might pick up a signal. Where, then, would this signal come from, and what is its nature?

It very well that this “signal” may be our souls, and the broadcaster, God.

Einstein was struck by what he considered the greatest mystery of the universe—not that it is difficult to understand, but that it can be understood. He wrote that “one should expect a chaotic world, which cannot be grasped by the mind in any way.”

Yet it can be grasped. Because, quite likely, it was designed by an all-powerful God. Those who deny this fact with utter certainty are suspiciously similar to religious fundamentalists who cannot seem to hold alternative views.

Our bodies, our planet, and our universe all bear the marks of God’s hand, and as we progress, it very well may be that science and theology discover that they have more in common than previously thought.

For more inspiring content, check out Radiant Studios’ series An Incomplete Education about a father and daughter attempting to survive after a viral pandemic plagues the world. Despite their circumstances, they ultimately find hope and joy and will inspire you to do the same, no matter what hardships you may be facing today. 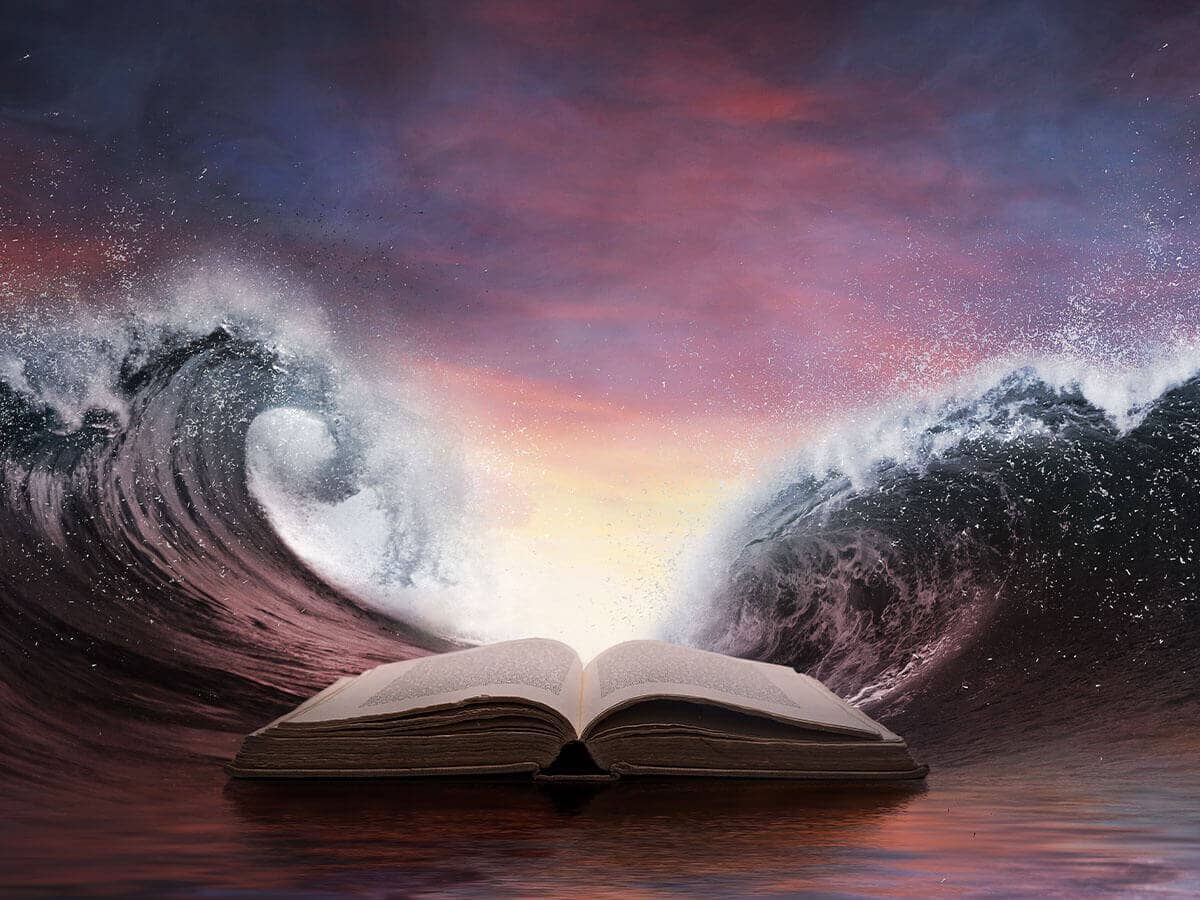 What Does Science Say About the Exodus?
Can science confirm God’s wonders? Read next feature >
Wesley Baines is a graduate student at Regent University's School of Divinity, and a freelance writer working in the fields of spirituality, self-help, and religion. He is also a former editor at Beliefnet.com. You can catch more of his work at www.wesleybaines.com.