Some of the most popular Jesus tattoo designs. 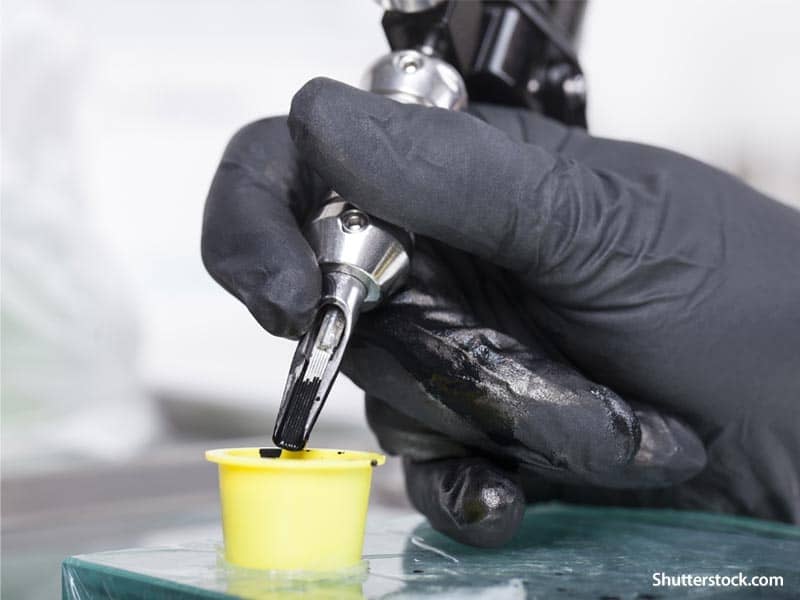 From crosses to Bible verses, religious tattoos have become increasingly popular among people of faith. You don’t have to be inked up to know this – the internet is filled with evidence of the rise of Christian ink with many believers sharing these markings of faith with their friends and followers online. While many Christians cite Leviticus 19:28 which says, “Do not cut your bodies for the dead or put tattoo marks on yourselves. I am the LORD” and stand against the idea of inking our bodies, there is a growing trend of believers who are using their skin to display their faith and promote the Gospel. When it comes to Christian tattoos, there are so many approaches, maybe even more than you may realize. There are those who choose to show Jesus giving a blessing, others use these tattoos to remind others of His suffering. Here are five Jesus inspired tattoo design for men. 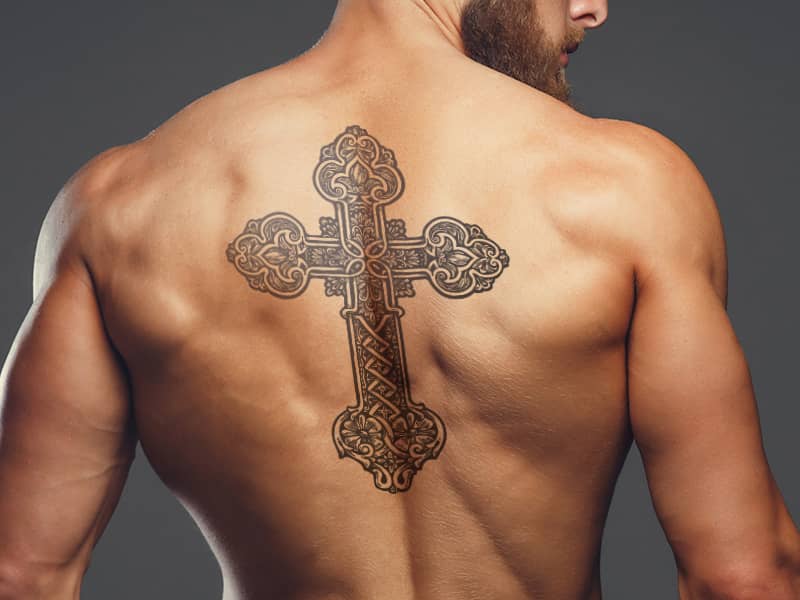 We see the cross in churches and steeples, hanging in homes and, worn around the necks of many Christians. Another popular place you may see this display is in the form of tattoos. The cross shows the depth of our sins. We don’t realize what sin is in the sight of God, how deeply it offends Him and how it separates us from Him. Before Jesus went to the cross, He prayed in Gethsemane. At this time, Jesus was agonizing and sorrowful. He prayed to God, “If it is possible, let this cup pass from Me nevertheless, not as I will but as You will” (Matthew 26:39). He looked into the cup and saw the sins of the whole world. The cross is pardon; it’s a reprieve of death for people who don’t deserve it. One celebrity who rocks this popular tattoo is pop singer Justin Timberlake. He has a large cross tattoo on his shoulder and is still connected with his faith.

Jesus on the Cross 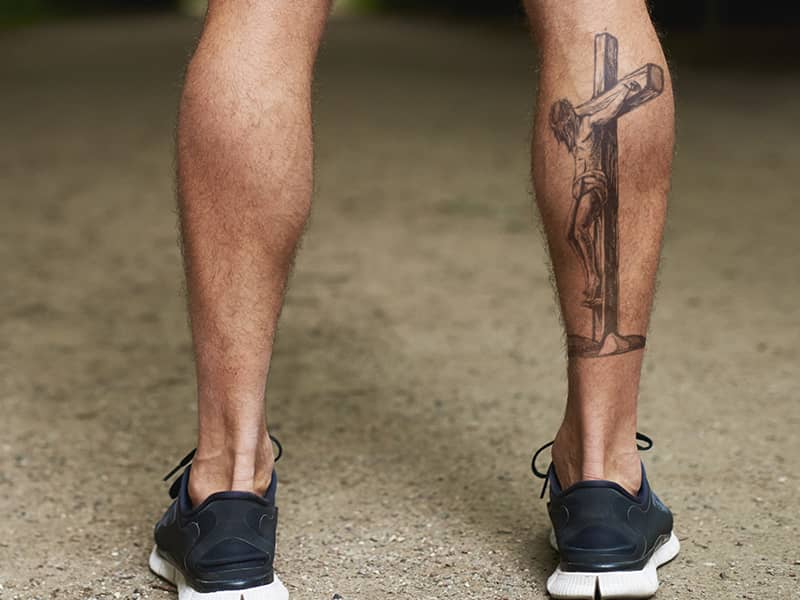 Jesus on the Cross

As previously mentioned, the cross has a longstanding history as a powerful religious symbol. In Christianity, the cross represents the event of Jesus’ crucifixion, an essential moment in the history of Christianity. The Christian cross tattoo is based on the wooden cross on which Jesus was crucified. In Christianity, the cross is the intersection of God’s love and His justice. Jesus Christ is the Lamb of God who takes away the sin of the world (John 1:29). As a result of Jesus’ atoning sacrifice on the cross, those who place their faith and trust in Him alone for salvation are guaranteed eternal life (John 3:16). Jesus also called His followers to take up their cross and follow Him (Matthew 16:24). A tattoo of Jesus on the cross is an incredible reminder of this.

The Crown of Thorns 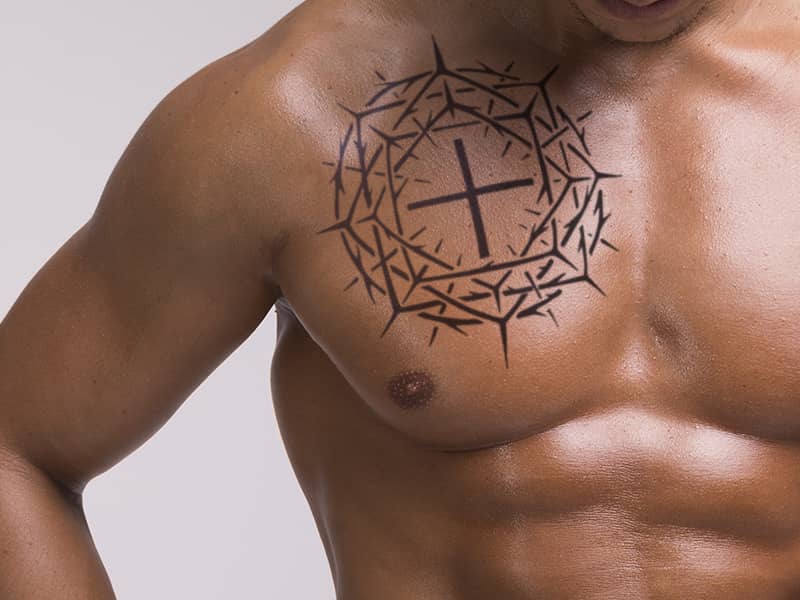 The Crown of Thorns

After Jesus’ trial and flogging, before He was crucified, the Roman soldiers “twisted together a crown of thorns and set it to His head. They put a staff in His right hand and knelt in front of Him and mocked Him. “Hail, king of the Jews!’ they said” (Matthew 27:29). While the crown of thorns would be exceedingly painful, the crown of thorns was more about mockery than it was about the pain. For Christians, the crown of thorns is a reminder of two main things. First, that Jesus was, and is, a king. One day, the entire universe will bow to Jesus as “King of kings and Lord of lords” (Revelation 19:16). The second thing it reminds Christians is that Jesus was willing to endure the pain, the insults and the shame all on our account. This tattoo also reminds us of this. 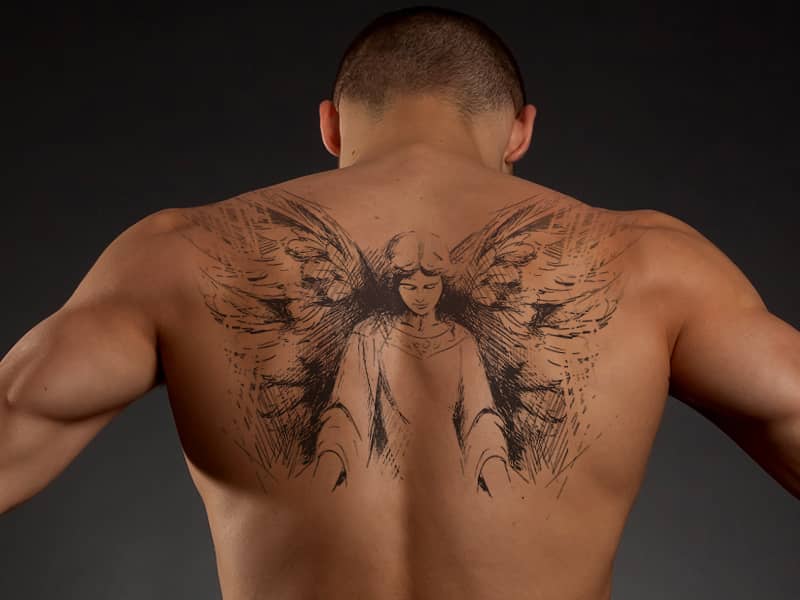 In the Bible, angels are characterized as ministering spirits and offer human beings and offer human beings consolation when it’s needed most. In the Garden of Gethsemane an angel is sent down to comfort Jesus during His period of agony and the Bible references that angels watch over us in a special way. Soccer star David Beckham has a number of Christian tattoos including one on his upper left chest that depicts Jesus being helped out of his tomb by three cherubs. In a video message he explained “My thought of it is, at some point my boys are going to need to look after me and that’s what they’re doing in the picture.” He also has a cross with wings on his upper neck. 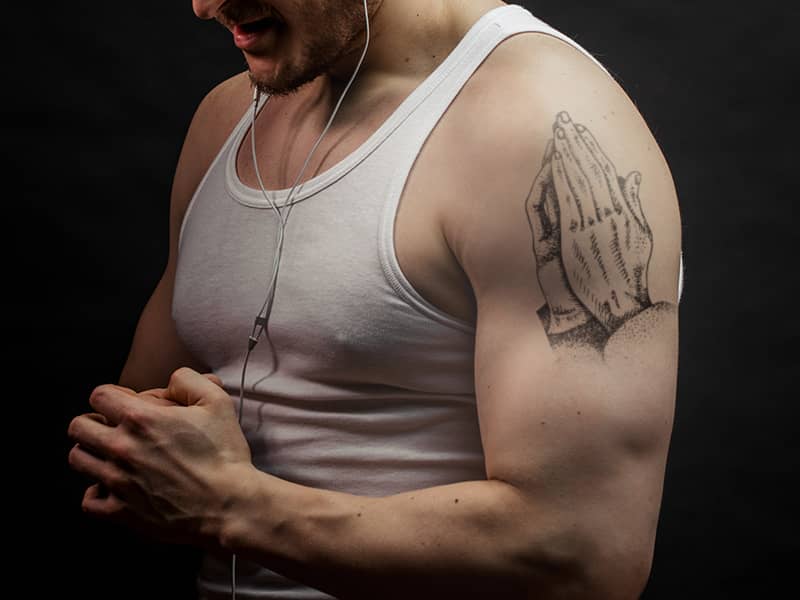 Religious tattoos typically display one’s devotion to Christ. Unlike other iconography, the tattoo of two praying hands is not set in religious doctrine, but in real life. One celebrity who displays the praying hands tattoo on his skin is Christian pop singer Justin Bieber. He has a number of religious tattoos and is never afraid to display them to publically. When he gets new ink, he is eager to share it with his fans on social media. This one is a partial ankle sleeve: a pair of praying hands sitting on a bed of roses, etched on his ankle. The detail is clear. Many sites speculated that this was an add-on to a Jesus tattoo he got earlier that year. Praying hands tattoos are a way to show off your faith or remember a loved one. 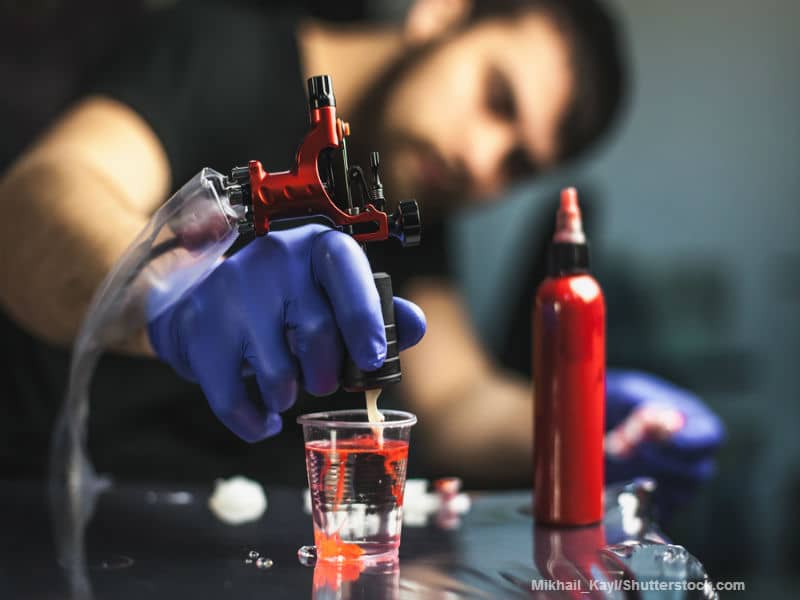 While there are many Christians who condemn the practice of tattooing, there are others who support it. They see tattoos as a way to share their faith and reach many who don’t know Christ. They see their Jesus tattoo as a conversation starter that might open the door to that person being introduced to Jesus. Isaiah 55:11 says this about God’s Word, “I send it out, and it always produces fruit. It will accomplish all I want it to, and it will prosper everywhere I send it.” Jesus and God’s Word on someone’s body may translate the same way. 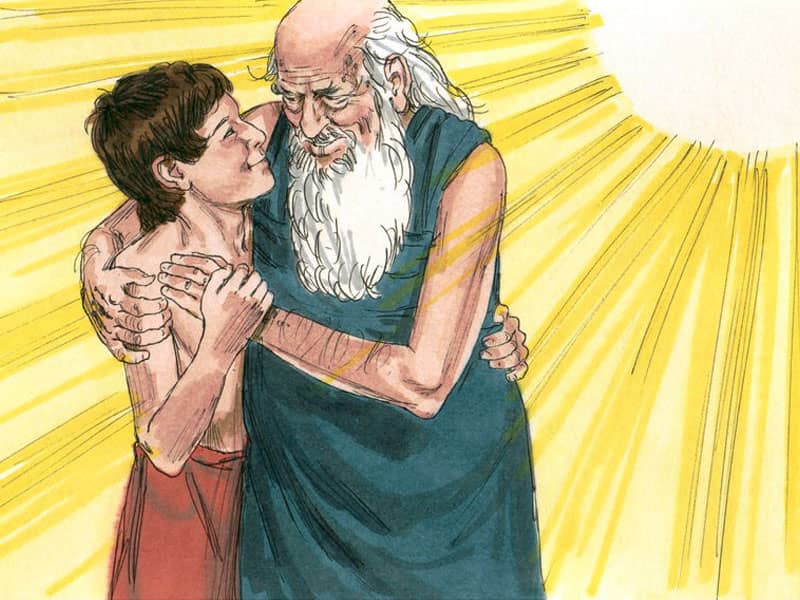 Who is Abraham in the Bible and Why is He Important?
We can learn a great deal about faith through Abraham. Read next feature >