4 Redeeming Moments Forgotten in the Stories of "Immoral" Women

By Stephanie Hertzenberg stephanie hertzenberg
Shutterstock.com
Modern Christians love to pass judgement on biblical characters. This is unsurprising given that the text presents many of its stories specifically to show the importance of correct conduct. Adam and Eve lose their places in Eden because they disobeyed God. The unfaithful Israelites were slaughtered for worshipping a golden calf. Joseph’s brothers sell him into slavery when they grow tired of his prideful boasting. Intertwined with these cautionary tales, however, are stories in which modern readers pass judgement that the Bible never intended.
The world the Bible was written in was very different from the modern world. Wives were property of their husbands, infant mortality was high, the threat of war was constant and the genocide of the conquered was expected. Slavery was accepted, disease ran rampant and primogeniture ruled. This culture of uncertainty, fear and desperation underlies many of the Bible’s stories and forms the backdrop for the cultures that wrote down those stories. Ancient readers or listeners would have understood the unspoken cultural norms that backed different character’s actions, and what is baffling today would have been normal or expected. This cultural dissonance has led to a number of biblical women being relegated to the role of “temptress” or “harlot” when the women were really simply following their culture’s expected actions or values. Recent works, such as Sandra Glahn’s “Vindicating the Vixens,” have shed new light on these women. Here are four redeeming moments forgotten in the stories of “immoral” women.

Mary Magdalene is portrayed as one of two things: a repentant adulteress or a redeemed prostitute. This vision of Mary Magdalene has permeated Christianity and spilled over into Western culture. In art, she is depicted as sensually as Delilah, Potiphar’s wife and other temptresses of the Bible. In reality, however, there is no textual evidence to support the vision of Mary Magdalene the adulteress or Mary Magdalene the whore. The repentant sinner who anoints Jesus’ feet is Mary of Bethany, not Mary Magdalene. The adulteress who Jesus saved from being stoned appears in an entirely different story.
The true Mary Magdalene was a righteous, if likely wealthy, woman. A closer look at the ancient Greek version of the Bible reveals that Mary Magdalene helped support Jesus and the disciples materially and monetarily. She was a righteous woman who watched as Christ died and was buried. She was also the first witness to His resurrection. This is hardly the profile of a sexually immoral woman.

Despite the fact that she makes all the events of the Book of Esther possible, Vashti is often left out of her own story. In fact, “Vashti” is not even a proper name. It is a pet name meaning “desired” or “beautiful one.” She is the queen of Persia and wife to one of the most powerful men in the ancient world. When her husband, King Ahasuerus, orders her to come to his banquet, she refuses. This defiance has left Vashti painted as a disobedient, prideful, haughty wife by both Ahasuerus’ council and by modern readers of the Bible. Vashti’s refusal, however, was actually the best decision she could have made in the ancient world.
In ancient Persia, wives were sent away when men broke out the wine for feasting. Concubines and servants took their place so that if a drunken man raped a woman, he was raping a woman of lower status instead of his wife. Wives, in turn, were supposed to rejoice that they were spared such degradation. Plutarch’s “Advice to the Bride and Groom” wrote, “When Persian kings dine, their legal wives sit beside them and share the feast, But if [the men] want to amuse themselves or get drunk, they send their wives away, and summon the singing-girls and concubines. And they are quite right not to share their drunken orgies with their wives. So, if a private citizen, intemperate and tasteless in his pleasures, commits and offense with a mistress or maidservant, his wife ought not to be angry or annoyed, but reflect that it is his respect for her that makes her husband share his intemperance or violent behavior with another woman.” When Ahasuerus calls for Vashti, he is relegating her to the role of concubine. As a queen, responding to the summons would have been extremely culturally improper. As a woman, Vashti would have been putting herself in very real danger. Ironically, the actions that paint her as a disobedient and prideful woman were born of obedience to her culture and humble fear.

Tamar is often cast as a prostitute and a temptress. She sleeps with her father-in-law and tricks him into marrying her when she reveals she is carrying his child. This, at least, is the picture that most people have of Tamar. The actual woman the Bible describes, however, is very different.
In ancient Israel, it was customary for a man to marry his brother’s widow. Any children he sired would be recognized as his brother’s children and take their place in the family hierarchy accordingly. Tamar is widowed twice over when Er and Onan, the eldest sons of Judah, die childless. Custom and law both dictate that Tamar should then be married to Shelah, Judah’s youngest son. Judah, however, refuses to do so because he blames Tamar for the deaths of his first two sons. Judah manages to hide this for a time, but Tamar eventually discovers that Judah intends to leave her out in the cold. She is a widow twice over who had no sons with either husband. This leaves her with little opportunity to remarry another man, and it leaves a massive stain on her honor. It is on her head that the lines of Er and Onan would die out.
With this threat hanging over her head, Tamar turned to another ancient law: if a deceased man’s brother refused to marry his brother’s widow, or if the dead man had no brothers, the woman was to marry her father-in-law. Tamar knew, however, that Judah had no intention of allowing her back into his family but meant to cast her aside instead. So, she dressed up as a prostitute and waited for Judah. The sad part is that it works. Judah did not question the appearance of a prostitute or her request for his seal and staff. Instead, he had sex with her and went on his merry way. When Tamar revealed her trickery, Judah was not enraged. He does not accuse her of sexual immorality or of sin of any kind. His words instead honored Tamar and all she risked for his family’s honor. He said, “She is righteous, not I.”

Rahab appears in the Book of Joshua on the eve of the Israelite’s conquest of Canaan. Joshua’s spies are sent to investigate Jericho and instead end up in the house of Rahab the harlot. This first section of the story in Joshua 2 is positively dripping with sexual innuendo. To “lodge” with someone was something similar to the modern euphemism “sleeping with.” The Hebrew words that are translated as “enter” and “unto” have double meanings as well. Both of them can connote a sexual act. Even further, Rahab’s name itself is a slang term for a potentially promiscuous woman.
Joshua 2 uses a great deal of sexual innuendo and prepares the reader to think the worst of Rahab. For many modern readers, the sexual innuendos are lost, but the judgement of Rahab remains. She is a prostitute. Enough said.
Ancient readers or listeners, however, would have caught the dirty jokes hidden in each line. For this reason, Rahab’s declaration of orthodox faith would have been like a bucket of cold water dumped over the reader’s head. Joshua’s spies left camp and ended up in a prostitute’s home in one sentence. Rahab, however, saves their foolish lives and declares that “I know the LORD is handing this land over to you…The LORD your God is God in heaven above and on earth below.” Modern readers might still be caught up in the idea of Rahab the whore, but the text is specifically written to show how wrong that assumption is. Rahab, who is introduced with sexually laden language, turns out to be the strongest in faith. She speaks of God’s power. The spies went looking for sex.
Shutterstock.com

There are a number of truly immoral women in the Bible. The lying Jezebel immediately comes to mind as does the treacherous Delilah. There are plenty of women, however, who are painted with the same brush unnecessarily. Tamar was not a cunning whore, and Vashti was not a haughty queen. They were women placed in difficult situations, and they handled those problems as best they could. The evolution of society means that modern readers lack many of the cultural cues that would tell the reader why these women acted the way they did. Instead, the stories of these women are simply pushed aside, and they are stamped with that most damning of all biblical labels: temptress. 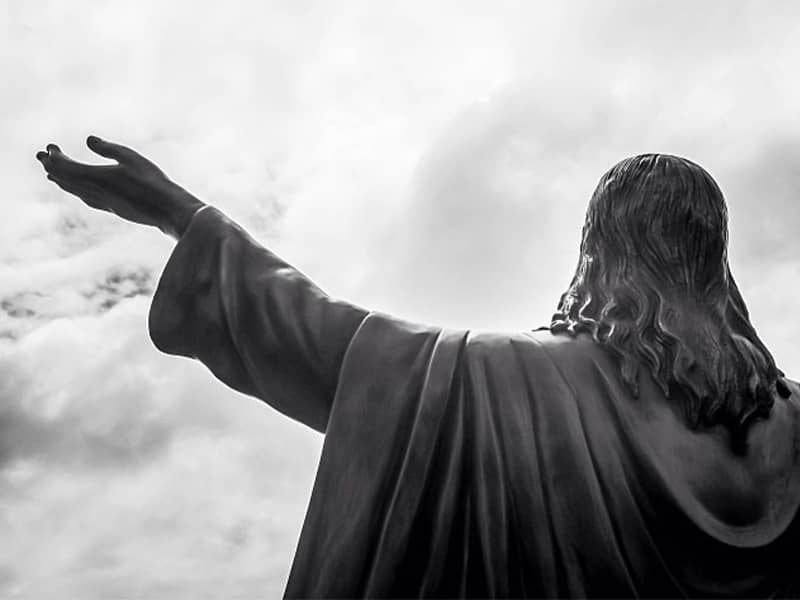 6 Ways to Communicate With Jesus and Hear His Voice
Can you hear what Jesus is saying to you? Read next feature >
Stephanie Hertzenberg is a former writer and editor at Beliefnet. She is a graduate of the College of William and Mary where she majored in Religious Studies and minored in Creative Writing. She maintains an avid interest in health, history and science.