4 Beliefs About the End of the World

What is coming at the end of days?

By Stephanie Hertzenberg stephanie hertzenberg
Most religions have a belief in how the world will end, and Christianity is no different. For Christians, the end of the world is referenced throughout the Bible. The Old Testament books of Ezekiel, Daniel, Isaiah, Zechariah, Joel and Malachi all describe some of the events that will take place before the end of days. There are few books in the New Testament that do not mention at least one of the signs that will warn that the end of the world is nigh. When it comes to the apocalypse, however, the most commonly cited book is the Book of Revelation.
The Book of Revelation is the final book in the canonical Bible, and it contains the longest list of signs that warn the end is near. A number of these signs are listed in the order in which they will occur, but as they are written in prophetic language, no one is quite sure how to interpret the verses. As such, no one will be able to say for certain when the end begins. Those looking to predict the end, however, can look for the patterns and general events described in Revelation. Here are four beliefs about the end of the world and what will come before the end of everything.

Gospel Preached to All the World

Gospel Preached to All the World

One thing that must take place before the end of the world is that the Gospel must be preached to all of the world.  Matthew 24:14 says that “this gospel of the kingdom will be preached in the whole world as a testimony to all nations, and then the end will come.” Similarly, Revelation 14 describes an angel who “had the eternal gospel to proclaim to those who live on earth–to every nation, tribe, language and people” before the arrival of Judgement Day.
This sign has received the attention of numerous religious scholars, especially in regards to the debate of when exactly the events of Revelation are supposed to take place. Some argue that this sign has already been fulfilled as “the world” in the time of Christ most commonly referred to the Roman Empire. Others agree that the sign has been fulfilled but for different reasons. Christianity has permeated every corner of the globe. The religion has had more success in some places than others, but it has covered the world.

Before the end of the world, the earth will suffer from a series of natural and manmade disasters. Both the Gospel of Matthew and the Gospel of Luke describe the disasters that will occur. Matthew 24 says that “there will be famines and earthquakes in various places…the sun will be darkened, and the moon will not give its light; the stars will fall from the sky, and the heavenly bodies will be shaken.” Similarly, Luke 21 lists the natural catastrophes as “great earthquakes, famines and pestilences in various places…nations will be in anguish and perplexity at the roaring and tossing of the sea.”
The disasters will not be caused purely by the natural world. Both Luke and Matthew claim that “nation will rise against nation, and kingdom against kingdom.” 2 Timothy describes similar manmade disasters. According to this epistle, “there will be terrible times in the last days. People will become…proud, abusive, disobedient to their parents, ungrateful, unholy, without love, unforgiving, slanderous, without self-control, brutal, not lovers of the good, treacherous, rash, conceited…they are men of depraved minds.”

Rise of the Anti-Christ

Rise of the Anti-Christ

Perhaps the most infamous indication that the end is nigh is the rise of the Antichrist. Who this dark figure will be is a question of much debate, but the Bible mentions several signs that can act as warnings for faithful Christians to not trust the mask the Antichrist will wear.
Both the Old Testament and the New Testament warn of “the man of sin…the son of perdition” who will lead so many people astray. Daniel 7 states that the Antichrist “shall speak pompous words against the Most High, shall persecute the saints of the Most High, and shall intend to change times and law.” Though he will have a sharp military mind to help him “conquer,” he will be a “master of deception” and come into his power through “intrigue.” Using his cunning and charisma, the Antichrist will become a political, military, economic and religious leader before Jesus returns.

Before the end of the world, two prophets will appear in Jerusalem where they will “prophecy for 1,260 days wearing sackcloth” and “have the authority to shut the sky, so that no rain may fall during the days of their prophesying, and they have the authority over the waters to turn them into blood, and to strike the earth with every kind of plague, as often as they desire.” These prophets of extraordinary power will be protected by “the two olive trees and the two lampstands that stand before the Lord of the earth” until the end of these three and one half years when “the beast that comes up from the bottomless pit” will kill them. The bodies of the prophets will be left in the streets of Jerusalem for three and a half days, then they will be resurrected and ascend into heaven amid an earthquake that destroys a 10th of Jerusalem.

There are many beliefs about how the world will end and what will occur in the final days. Christians believe that the numerous prophecies laid out in the Book of Revelation will come to pass and that Christ will return to Earth once more. For centuries, debate over how these prophecies will be fulfilled has continued, but Christians know that the end will come eventually. The question is simply when and who will be alive to see the Lord return once more. 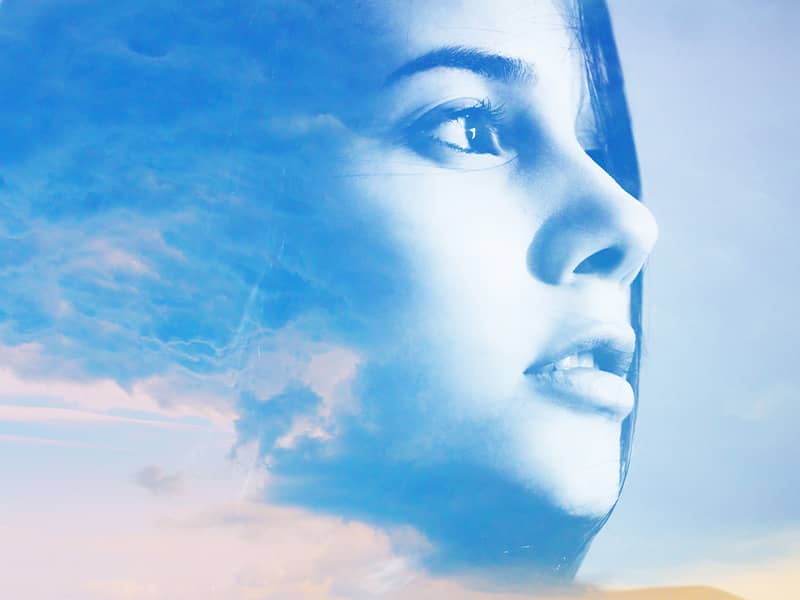 6 Things You Will Never Do in Heaven
For better or ill, these things will remain behind on Earth. Read next feature >
Stephanie Hertzenberg is a former writer and editor at Beliefnet. She is a graduate of the College of William and Mary where she majored in Religious Studies and minored in Creative Writing. She maintains an avid interest in health, history and science.