The Other Christmas Miracle

The gospel account of Elizabeth--the first person to identify Mary's son as Lord--shows nothing is impossible for God.

If you read just the beginning of Luke's Gospel, you could be forgiven for thinking the whole document would be about Zechariah, Elizabeth, and the child foretold for them (John). The majority of the Gospel's first chapter is about another Christmas miracle, not the story of Mary, Joseph, and Jesus. Why has Luke framed his telling of the birth announcement of Jesus (Lk. 1.26-56) with this narrative? As it turns out, the other story provides context and preparation for the Christmas miracle we are more familiar with.

As has often been noted, the story of Zechariah and Elizabeth--two devout, observant Jews, both descendants of priestly lines--bears some striking resemblances to the story of Elkanah and Hannah in 1 Samuel 1. In both stories, we have a woman well into her later years who has been unable to have a child. In both stories, the miracle child who is born plays a special and prophetic role in Israel, being dedicated to God from birth.

There may even be further parallels between the stories in 1 Sam. 1-2 and Lk. 1. The Magnificat, the song found in Lk. 1.47-55, has a variety of similarities to Hannah's prayer in 1 Sam. 2, as a parallel reading of the two will show. In fact, some manuscripts of the New Testament (chiefly some Latin ones from the fourth century and later, though Jerome mentions that Origen seems to have known some Greek manuscripts like this) indicate that it was Elizabeth who sang the Magnificat in Lk. 1.47-55, not Mary. This idea makes sense considering the parallels between the story of Hannah and Elizabeth and between 1 Sam. 2 and Lk. 1.47-55.

But it is hard to imagine, considering the veneration of Mary already going on in the church even before the fourth century, that some scribe would transfer this song from the lips of Mary to the lips of Elizabeth. Perhaps then the original Greek text of Lk. 1.46 simply read "and she said" without specifying which of the two women previously mentioned was the speaker of this song, though the vast majority of our early and best Greek manuscripts suggest Mary was the speaker. What a different Christmas story it would be, though, if Elizabeth rather than Mary sang the song we call the Magnificat!

In a patriarchal honor-and-shame culture, the ultimate blessing for a woman was to have a son, and the ultimate disgrace was not having one. This is why in Luke 1.25 Elizabeth stresses that God has now taken away her disgrace among the people. In those days, people assumed that the woman was sterile and at fault, perhaps through some sin in her life. They never really considered the possibility that the man might be sterile.

Luke, true to his desire to depict the reversals that the Good News of God produces in human lives, stresses that Elizabeth--rather than her husband Zechariah, a priest--is more in tune with God's plan for their lives. Zechariah is struck dumb when he asks the angel "How can I be sure of this?" once he received the announcement of the miracle baby (Lk. 1.18). Contrast this with the response of Mary, who does not ask for proof or evidence that a miracle will happen, but merely inquires how the miracle will happen (Lk. 1.34). It is Elizabeth, not the dumbstruck Zechariah, who ends up naming her prophet son (1.60). Zechariah can only confirm her choice; he regains his voice only after he does so (1.63-64). While Zechariah is silent, Elizabeth offers a priestly benediction (1.42-45) on Mary (which is perhaps why Luke mentioned she was of the priestly line in the first place), and Mary sings the praises of the God of salvation and miracles (1.47-55).

This reversal of who would normally speak God's word in early Judaism is striking, especially when we consider the later debates in early Christianity about the silencing of women (1 Cor. 14.33-36; 1 Tim. 2.8-15). These women would have none of that. They are depicted as more in tune with God than their men, and more aptly responding to and praising God.

Elizabeth conceives when very old in the normal manner--through impregnation by her husband--though we are meant to think there was divine help, as in the case of Elkanah and Hannah (Lk. 1.23-24; 1 Sam. 1.19-20). This miracle is outstripped by the story of the virginal conception, but what happened to Elizabeth is a harbinger of good things to come for Mary. Luke makes this clear at Lk. 1.36-37, where Mary is assured that the miracle will happen within her by the angel telling her that her cousin Elizabeth was already pregnant-"for nothing is impossible for God" (1.37).

Elizabeth, not her son John, is portrayed as the first prophetic figure of the new era, the first to announce the blessing and the blessedness of Mary. In Lk.

1.41-42, Elizabeth is filled with the Holy Spirit and in a loud voice speaks her beatitude on Mary and on her child, long before Jesus offered his beatitudes in Lk. 6. Her words are true and from God. Indeed, she even is the first in the Gospel to identify Mary's son as Lord, for she calls Mary "the mother of my Lord" (1.43).

Here are two women who believe what God says about miracles. They are rewarded not only with children, but with the privilege of first conveying the Good News which we call the Christmas story. The least, the last, and the lost become the first, the most, and the found.

In the story of Elizabeth and Mary, even women in a very patriarchal culture become vehicles of grace, conveyors of the truth, and bearers of the two most crucial figures who announce and bring in the new era of salvation. At the heart of it all were women who said yes to God despite all odds. In any era, that is no small miracle. 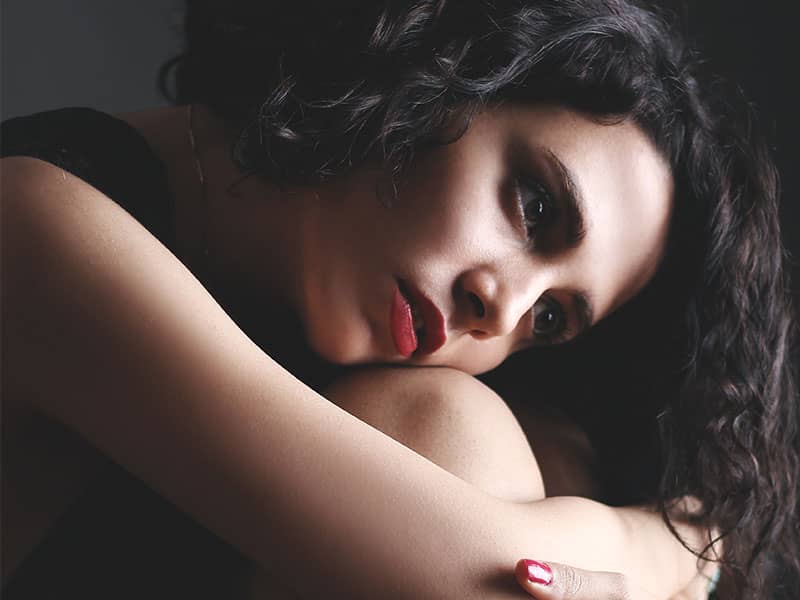