The early Christian Church was a chaos of contending beliefs, according to Bart Ehrman, author of Lost Christianities: The Battles for Scripture and the Faiths We Never Knew. Ehrman says some groups of early Christians claimed there was more than one God. Some believed Jesus was human but not divine, while others said he was divine but not human. In his book, Ehrman looks at how these early forms of Christianity came to be suppressed, reformed, or forgotten. He spoke recently with Beliefnet about what Christianity might have become if a different strain had emerged victorious from first-century intellectual battles.

Your book discusses the hypothetical questions of what would have happened to Christianity, and by extension world history, if a different type of Christianity had survived. What are your best guesses about that?

It depends on which of the other sides had won. The Marcionites decided that everything Jewish had to be taken out of the New Testament and that the Jewish Bible was no longer going to considered part of the scriptures. They thought there were two different Gods--the God of the Jews and the God of Jesus. If they had won, then I guess we wouldn't have an Old Testament anymore and there would be no connection between Judaism and Christianity. My hunch is that if that had happened, anti-Semitism wouldn't have developed among Christians. What drove anti-Semitism was the competition between the Jewish understanding of scripture and the Christian understanding of scripture. But if there were no competition because they didn't have the same scripture, then we may well have never had any anti-Semitism.

It's a good question, because Marcionite Christianity was popular for the same reasons similar beliefs are popular today. Today people will talk about how there's a difference between the Old Testament God of wrath and the New Testament God of love. And people who make that distinction are far more drawn to the New Testament God of love. Well, that was a Marcionite distinction, because they really thought there were two different gods, and that was attractive to people. Jews throughout the ancient world, as a whole, really weren't persecuted, but most people thought the Jews were a little bit strange as a people. And so if this religion had nothing to do with Jews and Judaism, that may have been attractive to a wider range of people.

What would Christianity have looked like if the Ebionites had won?

We would have a different New Testament to begin with. The Ebionites were opponents of the Apostle Paul. They thought he was a heretic. A lot of the New Testament had to do with the Apostle Paul and his writings. Those would have been excluded from the get-go. They would have kept what is now our Gospel of Matthew but maybe not any of the other Gospels. And it would mean that Christians would have to be Jewish, which means uncircumcised men would have to get circumcised and people would be keeping kosher food laws and would be keeping the Sabbath, worshiping on Saturday, keeping Jewish festivals. So Christianity would have been more recognizably a sect of Judaism.

What do you think would have happened if the Gnostics had been the dominant?

It's a little hard to know with the Gnostics, because there were so many different kinds of Gnostics competing among themselves, as well as competing against the Christians who ended up winning out over the others. Gnosticism is a religion based on insider knowledge, and it's hard to know whether that can ever become a mass religion or not, since it presupposes that you've got a large group of people who don't understand, and only a few of the insiders who do understand. If Gnostics had become dominant, Christianity would have been quite different from what it is now.

That's how a lot of people look on Gnosticism--it seems more like an Eastern religion because its practitioners are interested in acquiring insight and enlightenment rather than salvation through the death of Jesus.

And then you have to wonder, if that's the case, whether Western Christianity would have come to dominate the world as it has.

Why do you think the religion that Constantine chose, the current form of Christianity-which you call the proto-orthodox-won out?

To some extent they won because they were better debaters. Each of these groups was fighting all the other groups on various fronts, but the proto-orthodox seemed to have been better organized than the other groups and seemed to have been more intent on establishing a worldwide network of similar people. And so they ended up taking over the churches in the major areas where there were lots of Christians, such as Rome, and eventually in Alexandria, Egypt, and Jerusalem.

Who belonged to the proto-orthodox groups?

Most of them were completely unknown to us by name, but they included most of the authors whose works have survived to today, outside of the New Testament. They're people like Ignatius of Antioch, and Tertullian. These are people whose works are well-known to historians of early Christianity.

Most proto-orthodox, like most other people in the Christian churches, tended to be lower class. The authors whose works survived would have been the elite among the proto-orthodox. They were people who had advanced education and had become authors. So just like today, most Christians are just regular folks. But some people write books and become famous for them. A lot of them were pretty good debaters-you know, they could argue a point pretty well.

What was the difference between the proto-orthodox from a geography and class standing, and the heretical groups?

It was partly geographical, but you have different kinds of people in the same place--so for example in Rome, which was largely proto-orthodox, we know of Gnostics there, and we know that Marcionites started out there. It's like today: there are Mormons here in Chapel Hill, but if you go to Salt Lake City, there are a lot of Mormons.

When were these battles over Christianity taking place?

The main battles that we know about took place about 100 years after Jesus died and for the next, say, 50 or 70 years. The battles then dribbled on into the third century, and it's during this period that people were formulating theological statements for their points of view. That formulation of theological views came to a head in the early fourth century, when the earliest Christian creeds were formulated.

What are some of the differing beliefs of these various groups that are now considered beyond the pale?

We'll start with the Ebionites. The Ebionites were complete monotheists, so there's only one God, and nobody else could be God, so Jesus is not divine for them. Jesus is a full flesh-and-blood human being, who was more righteous than anybody else and so God chose him to be his son. In other words, He gave him a mission to die for the sins of the world. But he wasn't himself God, so the Ebionites maintained their Jewishness because they thought that Jesus was Messiah, predicted by this one God. They denied the deity of Jesus, they rejected the teachings of Paul, and their scriptures were mainly what we would call the Old Testament. So they didn't have an idea of the virgin birth or anything that would make Jesus anything other than human.

The Gnostics believed that regular Christians were superficial in their understanding and that there were deeper secrets, messages that Jesus had conveyed, that the Gnostics understood. It was these deeper messages, correctly understood, that bring salvation. In other words, the death and the resurrection of Jesus really isn't what brings salvation at all--it's his secret teachings that must be understood.

I'm also interested in what happened during the Christianity battles. Was it just sparring by writing letters, or did things ever get violent?

I don't think that there was any physical violence going on. I think it was more like Democrats and Republicans arguing about something or another.

So how could they declare a victor?

Another theme I picked up in the book is that the proto-orthodox had a need for martyrdom, persecution, and blood. Do you find it interesting that that's what people were ultimately drawn to?

Yeah, that is interesting. The thing is, Christians were worshiping a crucified man and the proto-orthodox insisted that to follow him, really to follow him, was to experience his fate. There were other groups of Christians who argued that Jesus didn't really suffer, but only appeared to suffer. Some of the Gnostic groups, for example. And they didn't advocate martyrdom because they didn't think Jesus had been martyred.

If you extrapolate to current times, church demographers always say that if you espouse a more rigorous set of beliefs for membership, people will tend to gravitate toward that. Maybe that's what was going on?

Yes, Christianity really thrives among populations that are experiencing suffering. Christianity started out that way, as a minority religion in a very tough world.

Your book is one of several on related topics right now that everybody, it seems, is interested in. Why has finding these alternate Christianities become so important?

I think that there's such a wide range of beliefs today, that people stress more today than they used to the need to find answers for yourself. When people realize that Christianity has always included people trying to find answers for themselves, and that the answers often differed from one another, that resonates with something that's going on in the modern world. 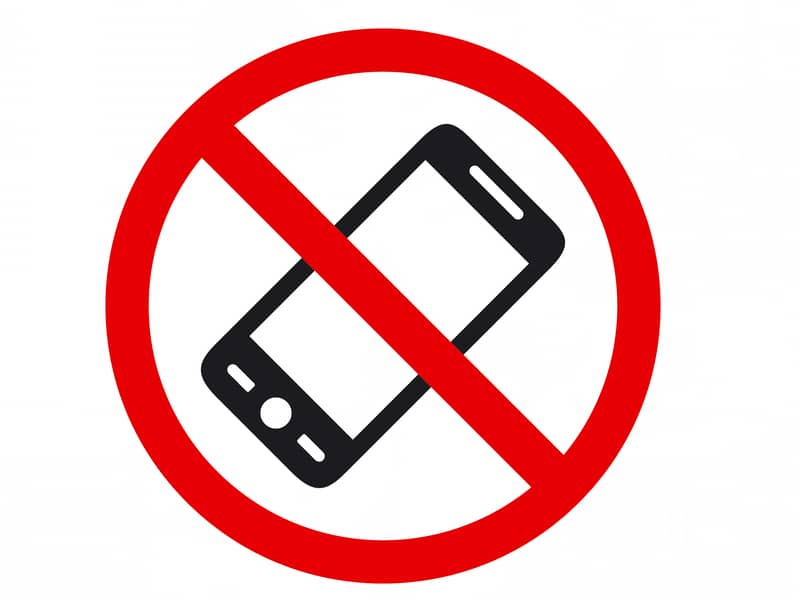 iWorship: 5 Signs Your Phone Is Becoming An Idol