The Story of the Resurrection

Excerpted from the Revised Standard Version of the Bible

1: Now after the sabbath, toward the dawn of the first day of the week, Mary Magdalene and the other Mary went to see the sepulchre. 2: And behold, there was a great earthquake; for an angel of the Lord descended from heaven and came and rolled back the stone, and sat upon it. 3: His appearance was like lightning, and his raiment white as snow. 4: And for fear of him the guards trembled and became like dead men. 5: But the angel said to the women, "Do not be afraid; for I know that you seek Jesus who was crucified. 6: He is not here; for he has risen, as he said. Come, see the place where he lay. 7: Then go quickly and tell his disciples that he has risen from the dead, and behold, he is going before you to Galilee; there you will see him. Lo, I have told you." 8: So they departed quickly from the tomb with fear and great joy, and ran to tell his disciples.

1: And when the Sabbath was past, Mary Magdalene, and Mary the mother of James, and Salome, bought spices, so that they might go and anoint him. 2: And very early on the first day of the week they went to the tomb when the sun had risen. 3: And they were saying to one another, "Who will roll away the stone for us from the door of the tomb?" 4: And looking up, they saw that the stone was rolled back; -- it was very large. 5: And entering the tomb, they saw a young man sitting on the right side, dressed in a white robe; and they were amazed. 6: And he said to them, "Do not be amazed; you seek Jesus of Nazareth, who was crucified. He has risen, he is not here; see the place where they laid him. 7: But go, tell his disciples and Peter that he is going before you to Galilee; there you will see him, as he told you."

1: But on the first day of the week, at early dawn, they went to the tomb, taking the spices which they had prepared. 2: And they found the stone rolled away from the tomb, 3: but when they went in they did not find the body. 4: While they were perplexed about this, behold, two men stood by them in dazzling apparel; 5: and as they were frightened and bowed their faces to the ground, the men said to them, "Why do you seek the living among the dead? 6: Remember how he told you, while he was still in Galilee, 7: that the Son of man must be delivered into the hands of sinful men, and be crucified, and on the third day rise." 8: And they remembered his words, 9: and returning from the tomb they told all this to the eleven and to all the rest.

1: Now on the first day of the week Mary Magdalene came to the tomb early, while it was still dark, and saw that the stone had been taken away from the tomb. 2: So she ran, and went to Simon Peter and the other disciple, the one whom Jesus loved, and said to them, "They have taken the Lord out of the tomb, and we do not know where they have laid him." 3: Peter then came out with the other disciple, and they went toward the tomb. 4: They both ran, but the other disciple outran Peter and reached the tomb first; 5: and stooping to look in, he saw the linen cloths lying there, but he did not go in. 6: Then Simon Peter came, following him, and went into the tomb; he saw the linen cloths lying, 7: and the napkin, which had been on his head, not lying with the linen cloths but rolled up in a place by itself. 8: Then the other disciple, who reached the tomb first, also went in, and he saw and believed; 9: for as yet they did not know the scripture, that he must rise from the dead. 10: Then the disciples went back to their homes.

11: But Mary stood weeping outside the tomb, and as she wept she stooped to look into the tomb; 12: and she saw two angels in white, sitting where the body of Jesus had lain, one at the head and one at the feet. 13: They said to her, "Woman, why are you weeping?" She said to them, "Because they have taken away my Lord, and I do not know where they have laid him." 14: Saying this, she turned round and saw Jesus standing, but she did not know that it was Jesus. 15: Jesus said to her, "Woman, why are you weeping? Whom do you seek?" Supposing him to be the gardener, she said to him, "Sir, if you have carried him away, tell me where you have laid him, and I will take him away." 16: Jesus said to her, "Mary." She turned and said to him in Hebrew, "Rab-bo'ni!" (which means Teacher). 17: Jesus said to her, "Do not hold me, for I have not yet ascended to the Father; but go to my brethren and say to them, I am ascending to my Father and your Father, to my God and your God." 18: Mary Mag'dalene went and said to the disciples, "I have seen the Lord"; and she told them that he had said these things to her. 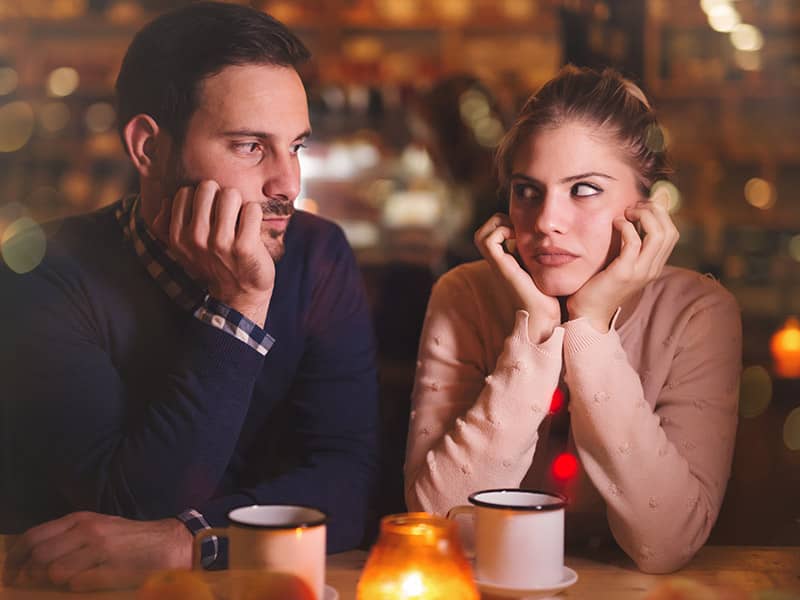 What Does the Bible Say About the Power of Words?