Paul on Jews and Gentiles

For I am not ashamed of the gospel: it is the power of God for salvation to every one who has faith, to the Jew first and also to the Greek. Galatians Chapter 3

6: ...Abraham "believed God, and it was reckoned to him as righteousness." 7: So you see that it is men of faith who are the sons of Abraham. 8: And the scripture, foreseeing that God would justify the Gentiles by faith, preached the gospel beforehand to Abraham, saying, "In you shall all the nations be blessed." 9: So then, those who are men of faith are blessed with Abraham who had faith. 10: For all who rely on works of the law are under a curse; for it is written, "Cursed be every one who does not abide by all things written in the book of the law, and do them." 11: Now it is evident that no man is justified before God by the law; for "He who through faith is righteous shall live"; 12: but the law does not rest on faith, for "He who does them shall live by them." 13: Christ redeemed us from the curse of the law, having become a curse for us -- for it is written, "Cursed be every one who hangs on a tree" -- 14: that in Christ Jesus the blessing of Abraham might come upon the Gentiles, that we might receive the promise of the Spirit through faith. 15: To give a human example, brethren: no one annuls even a man's will, or adds to it, once it has been ratified. 16: Now the promises were made to Abraham and to his offspring. It does not say, "And to offsprings," referring to many; but, referring to one, "And to your offspring," which is Christ. 17: This is what I mean: the law, which came four hundred and thirty years afterward, does not annul a covenant previously ratified by God, so as to make the promise void. 18: For if the inheritance is by the law, it is no longer by promise; but God gave it to Abraham by a promise. 19: Why then the law? It was added because of transgressions, till the offspring should come to whom the promise had been made; and it was ordained by angels through an intermediary. 20: Now an intermediary implies more than one; but God is one. 21: Is the law then against the promises of God? Certainly not; for if a law had been given which could make alive, then righteousness would indeed be by the law. 22: But the scripture consigned all things to sin, that what was promised to faith in Jesus Christ might be given to those who believe. 23: Now before faith came, we were confined under the law, kept under restraint until faith should be revealed. 24: So that the law was our custodian until Christ came, that we might be justified by faith. 25: But now that faith has come, we are no longer under a custodian; 26: for in Christ Jesus you are all sons of God, through faith. 27: For as many of you as were baptized into Christ have put on Christ. 28: There is neither Jew nor Greek, there is neither slave nor free, there is neither male nor female; for you are all one in Christ Jesus. 29: And if you are Christ's, then you are Abraham's offspring, heirs according to promise. Galatians Chapter 5 1: For freedom Christ has set us free; stand fast therefore, and do not submit again to a yoke of slavery. 2: Now I, Paul, say to you that if you receive circumcision, Christ will be of no advantage to you. 3: I testify again to every man who receives circumcision that he is bound to keep the whole law. 4: You are severed from Christ, you who would be justified by the law; you have fallen away from grace. 5: For through the Spirit, by faith, we wait for the hope of righteousness. 6: For in Christ Jesus neither circumcision nor uncircumcision is of any avail, but faith working through love. Romans Chapter 2 14: When Gentiles who have not the law do by nature what the law requires, they are a law to themselves, even though they do not have the law. 15: They show that what the law requires is written on their hearts, while their conscience also bears witness and their conflicting thoughts accuse or perhaps excuse them 16: on that day when, according to my gospel, God judges the secrets of men by Christ Jesus. 17: But if you call yourself a Jew and rely upon the law and boast of your relation to God 18: and know his will and approve what is excellent, because you are instructed in the law, 19: and if you are sure that you are a guide to the blind, a light to those who are in darkness, 20: a corrector of the foolish, a teacher of children, having in the law the embodiment of knowledge and truth -- 21: you then who teach others, will you not teach yourself? While you preach against stealing, do you steal? 22: You who say that one must not commit adultery, do you commit adultery? You who abhor idols, do you rob temples? 23: You who boast in the law, do you dishonor God by breaking the law? 24: For, as it is written, "The name of God is blasphemed among the Gentiles because of you." 25: Circumcision indeed is of value if you obey the law; but if you break the law, your circumcision becomes uncircumcision. 26: So, if a man who is uncircumcised keeps the precepts of the law, will not his uncircumcision be regarded as circumcision? 27: Then those who are physically uncircumcised but keep the law will condemn you who have the written code and circumcision but break the law. 28: For he is not a real Jew who is one outwardly, nor is true circumcision something external and physical. 29: He is a Jew who is one inwardly, and real circumcision is a matter of the heart, spiritual and not literal. His praise is not from men but from God. Romans Chapter 3

1: Then what advantage has the Jew? Or what is the value of circumcision? 2: Much in every way. To begin with, the Jews are entrusted with the oracles of God. 3: What if some were unfaithful? Does their faithlessness nullify the faithfulness of God? 4: By no means! Let God be true though every man be false, as it is written, "That thou mayest be justified in thy words, and prevail when thou art judged." ...9: What then? Are we Jews any better off? No, not at all; for I have already charged that all men, both Jews and Greeks, are under the power of sin, 10: as it is written: "None is righteous, no, not one; 11: no one understands, no one seeks for God. ... 29: Or is God the God of Jews only? Is he not the God of Gentiles also? Yes, of Gentiles also, 30: since God is one; and he will justify the circumcised on the ground of their faith and the uncircumcised through their faith. 31: Do we then overthrow the law by this faith? By no means! On the contrary, we uphold the law. 1 Corinthians 1 21: For since, in the wisdom of God, the world did not know God through wisdom, it pleased God through the folly of what we preach to save those who believe. 22: For Jews demand signs and Greeks seek wisdom, 23: but we preach Christ crucified, a stumbling block to Jews and folly to Gentiles, 24: but to those who are called, both Jews and Greeks, Christ the power of God and the wisdom of God. 25: For the foolishness of God is wiser than men, and the weakness of God is stronger than men. 1 Corinthians 9 19: For though I am free from all men, I have made myself a slave to all, that I might win the more. 20: To the Jews I became as a Jew, in order to win Jews; to those under the law I became as one under the law -- though not being myself under the law -- that I might win those under the law. 21: To those outside the law I became as one outside the law -- not being without law toward God but under the law of Christ -- that I might win those outside the law. 22: To the weak I became weak, that I might win the weak. I have become all things to all men, that I might by all means save some. 23: I do it all for the sake of the gospel, that I may share in its blessings. Corinthians 12:12-13 12: For just as the body is one and has many members, and all the members of the body, though many, are one body, so it is with Christ. 13: For by one Spirit we were all baptized into one body -- Jews or Greeks, slaves or free -- and all were made to drink of one Spirit. Colossians 3 Here there cannot be Greek and Jew, circumcised and uncircumcised, barbarian, Scythian, slave, free man, but Christ is all, and in all. 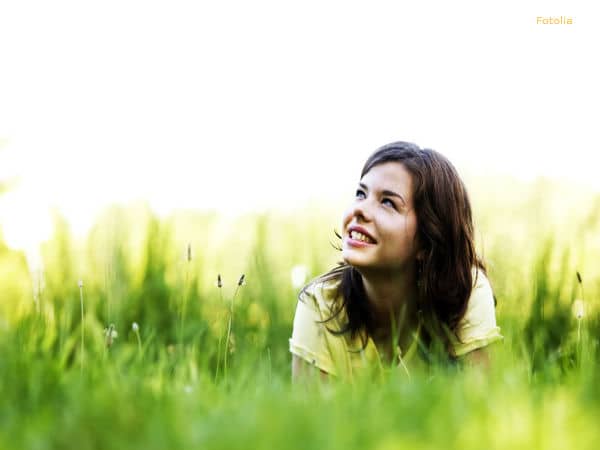