When 'Foot' Means Something Else: Euphemisms in the Bible

Have a scriptural question? Check our Bible Q&A index to see if Ben Witherington III has answered that question in the past. If not, write to him at columnists@staff.Beliefnet.com.

In this column, Ben Witherington answers questions about the Bible and:


In Genesis 9:18-25, Noah is drunk, and uncovered in his tent. Ham sees him and sends in his two brothers to cover him up. Then Noah awakes and curses Ham's son Canaan. Why does Noah curse Canaan, who wasn't involved in any of the previous doings? --keltik1

When some sexual matter is a subject of conversation in the Old Testament, a euphemism or a figure of speech is often used to refer to the matter. Thus, for example, the term foot/feet is sometimes used to refer to the male genitals (for example, when the Old Testament refers to Saul going into a cave and uncovering his foot). The phrase 'uncover or look on the nakedness' of someone usually indicates some kind of sexual assault. This would explain why Noah was so angry about "what Ham had done to him." Ham had shamed him by a homosexual act when he was drunk. If we compare this to Gen. 6.1-4, we can see how severe the judgments could be for sexual aberrations. It was not uncommon in antiquity to judge someone by placing a curse on their descendents, not least because it was believed that the only way one lived on beyond death was in one's children. All these factors are in play in this text.

I have often wondered what the expression in the Bible, "a reproach to my enemies" or in Psalms, a reproach to others means. Robert Cook

The dictionary definition of reproach refers to making an accusation so as to make someone feel ashamed; or it can mean to bring shame upon someone and so discredit them. The Bible was written to those who lived in 'honor and shame' cultures where public shaming was in many cases far worse than death. If someone was a reproach to their enemies then they had shamed them or discredited them.

What is the biblical standing on cremation? --Aworkizer

There is no "Biblical" standing on cremation, but some more conservative Jews and Christians have objected to the burning on the body because of their belief in the resurrection of the body at the end of human history. There are, in addition, some who feel that since their individual bodies are gifts from God, they have no right to destroy them. However, the God who made the material universe out of nothing can certainly create a new body for those who are raised from the dead.

The Holy Bible has been translated into many different languages. In some translations one word or a group of words can have very different meanings then what the original scripts said. Due to this is the Holy Bible translated accurately? A group of people are translating the Bible into "gender-neutral" language. Will this change the meaning/accuracy of what the writers wanted to be said? --foxk

Gender-neutral translations are not attempts to falsify the Biblical data. Rather, they are attempts to make clear that when an ancient androcentric text spoke about men, most of the time what was meant was both men and women. In our own era terms like humankind rather than mankind are commonly used to refer to a mixed group of men and women, and there is no reason why such terminology shouldn't be used for translating. My own personal preference would be for the use of gender-inclusive language of a mixed group-so, for instance, if the Greek term "brothers" is used to refer to a group of men and women, it would be more helpful to render this "brothers and sisters"-as, in fact, the NRSV and other modern translations do.

I have become friends with a Native American Eskimo in another community and we have been discussing Christianity. She wants to know what happens to the souls of her ancestors who died before ever having been told of God. Please refer me to scriptures that will help answer this question for both of us. --Mary

According to Romans 1, there are no human beings who were totally ignorant of the reality or power of God due to their social location or the era in which they lived. God judges persons according to the light they have received and what they have done to respond to it. So Romans 1 says the problem with pagans in the past was not that they were completely in the dark about God, but rather that they had exchanged the truth they could know about God for a lie. In other words they were not totally ignorant, they simply chose to ignore the one true God who made them.

You are right that the 40-day period of Lent is chosen because of the 40 days of Jesus' temptations. The 50 days between Easter and Pentecost, however, reflect the Jewish calendar, which had fifty days between Passover and the Jewish feast of Pentecost.

I am trying to find scripture related to "the hedge of thorns," or "praying the hedge of thorns" over someone/something. I learned of this from my mother who told me it was scriptural. Do you know where I can find this in the Bible?

Thorns were indeed used for hedges, and also for fuel, in Biblical times (see Judg. 9.14-15; Ps. 58.9; Hos. 10.8; Mk. 15.16-18). But the phrase "a hedge of thorns" is also used metaphorically in a text like Hosea 2.6 ('Therefore, behold, I will hedge up her way with thorns') to refer to the way God hems someone in, or makes them go in a particular direction. I suspect Hosea 2.6 is the text your mother had in mind. Perhaps she was referring to praying for the protecting of someone, even against themselves.

Are Christianity and feminism contradictory? Does the Bible really support the notion that men are superior to women or does the Bible provide counterpoints to that argument? - beansusan

It is anachronistic to refer to the Bible as either feminist or chauvinist, since those are modern terms. But this much can be stated emphatically. The Bible does not support the notion that men are superior to women. Both are created in the image of God, and both can be redeemed in Christ. We are told in Galatians 3.28 that it is God's design for the order of redemption that there be no pecking order based on maleness or femaleness, based on being either Jew or Gentile, or based on one's social position (whether slave or free). All are one in Christ. 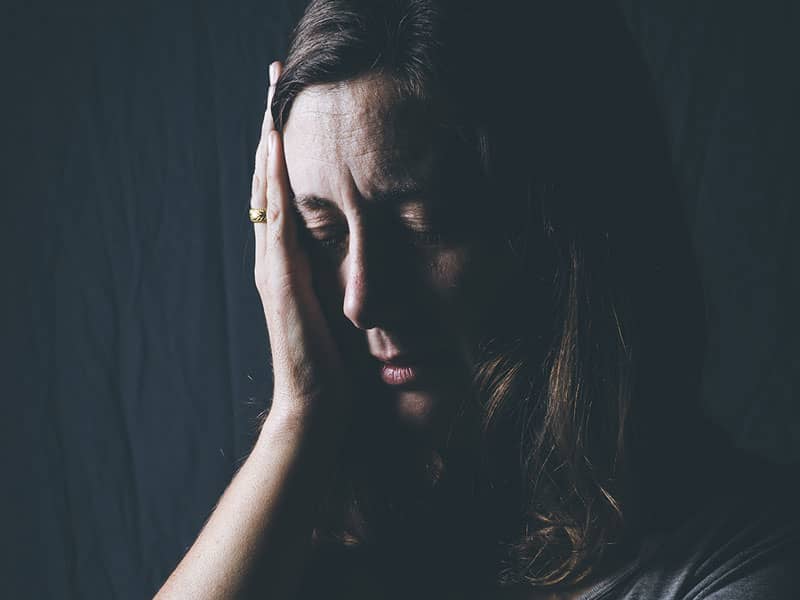