The Bible mentions more than 3,200 people by name. A number of those names are repeated throughout the book, and there are few names that are only used to refer to one individual. There are no less than 31 Zechariahs in the Bible, but there is only one Solomon. Though names are repeated, there are many biblical names that Christians only associate with one person. There are, for example, a number of people named “Adam” in the Bible, but few people think of anyone besides the Adam of Eden when they hear that name. In many cases, the deep association between a specific name and a single person is due to the individual’s actions or their importance to the overall story. Sometimes, however, the person’s name fits their situation so perfectly that it is almost unnerving. Here are 11 biblical names with symbolic meanings that perfectly fit the story in which they are found.

David is one of the most commonly used biblical names today. Almost every class of students has at least one little boy in it named David, and the name’s popularity has remained strong for years. The name originally comes from the Hebrew dawid based on the root dod meaning “beloved.” The name fits the famous King David from the Bible perfectly given that David was chosen to be king because of how much God loved him. In fact, God’s love for David was strong enough that God continued to bless David even after David used his position as king to rape a married woman and send her husband to his death to cover up his crime.

Elisheba or Elizabeth is a classic and popular girl’s name that means “my God is an oath” or “God’s oath.” The name comes from the Hebrew el meaning “God” and shava’ meaning “oath.” Both versions of this name appear in the Bible. In the Old Testament, Elisheba is the wife of Aaron. She becomes the mother of the entire Levitical priesthood. The more commonly known version of the name, Elizabeth, appears in the New Testament where Elizabeth is the mother of John the Baptist. “God’s oath” seems a fitting name for the women who gave birth to some of the Bible’s holiest men.

The origin of the name Aaron is something of a matter of debate. Some believe that the name is based on an Egyptian root. This would make sense given that the first and most famous Aaron in the Bible was born and raised in Egypt, and his entire nation had lived there for generations. Other people, however, argue that Aaron’s name actually had a Hebrew root. This theory could fit as well given than many of the Israelites mentioned in Exodus have Hebrew names despite having lived in Egypt for generations. If Aaron is based on an Egyptian root, then its meaning is unknown. The most likely Hebrew base, however, would be ‘aharon which means “exalted.” Given that Aaron is the first of the Levitical priests and the father of the entire priesthood, a name like “exalted” would make sense.

Hannah comes from the Hebrew chanan and means “favor” or “grace.” The Hannah best known in the Bible was the mother of Samuel. Her name is fitting given that she was considered to be barren before she was blessed by God and given Samuel.

Though there is more than one Adam in the Bible, the man that everyone immediately thinks of is the first human being who was formed in the Garden of Eden. As such, it makes sense that Adam’s name comes from either Hebrew ‘adam meaning “man” or the Akkadian adamu meaning “to make.” Given that Genesis states that Adam was formed from dust or dirt, there is also a play on word buried in his name. Adam sounds an awful lot like the Hebrew word ‘adamah meaning “earth.”

Miriam is the original Hebrew form of the name Mary. Despite belonging most famously to two characters who end up experiencing great fortune, the name has most commonly been theorized to mean “sea of bitterness” or “rebelliousness.” Neither of these meanings make much sense for a prophetess or the mother of Christ. Some people believe the Hebrew base, miryam, could also mean “wished for child” which fits better but not perfectly. Like Aaron’s name, however, some people theorize that Miriam is actually of Egyptian origin and comes from either mry meaning “beloved” or mr meaning “love.” Given that God loved the Virgin Mary enough to make her the mother of Jesus, the meaning of the Egyptian root seems to fit better.

Like David, Daniel is a name that is really only associated with one person in the Bible. His name comes from the Hebrew daniyyel which is based on the Hebrew words din, or “judge,” and el, or “God.” The name is fitting for a man who refused to bow to his captors’ traditions and gods and instead relied on God to save and protect him.

Phoebe comes from the Greek phoibos meaning “bright” or “pure.” The name appears in Paul’s Epistle to the Romans in chapter 16. There, Paul speaks of a woman who was a diakonos or “deacon” within the church. She would have assisted the elders of the church in a variety of ways and would have had to be well known for her dedication and faith to receive the role. Her faith would have had to be like her name, pure. Her dedication was also deep enough that Phoebe was selected by Paul to deliver Paul’s letter to Rome, a journey that would have taken her more than 700 miles away from her home in Cenchreae, Greece.

Hezekiah is one of the few good kings found in the books of Kings and Chronicles. His name comes from the Hebrew chizqiyahu and is based on the Hebrew words chazaq meaning “to strengthen” and yah meaning “God.” He is one character from the Old Testament who is often sadly forgotten, but he lived up to his name during his lifetime.

Sarah is one of the most common girl’s names in America. Every classroom seems to have at least one girl named Sarah, but the name’s original Hebrew form is rarely heard in the West today. Normally, when a person in the Bible changes their name, they change it to a new meaning that is very different from their old one such as when Naomi, which means “pleasantness,” changes her name to Mara or “bitterness.” That, however, was not the case when Sarai became Sarah. Instead, Sarah and Sarai have very similar meanings. Sarah means “lady” or “noblewoman,” and Sarai means “my princess.” Both versions of the name are fitting for the woman who would become the matriarch of the Jewish people and the mother of an entire nation.

Like Sarah and Sarai, the names Abraham and Abram have very similar meanings. Abram and Abraham both come from the Hebrew hamon. Abram means “high father,” and Abraham means “father of many.” Both meanings are appropriate for the father of the entire Jewish people.

The Bible contains some of the best known and most popular names in the Western world. Many of them reappear throughout the Bible, but the names of some of the most important characters have meanings that fit their particular situation with incredible accuracy. It makes one wonder if there really is truth to the idea that a person’s name can determine their destiny.
Stephanie Hertzenberg is a writer and editor at Beliefnet. She is a graduate of the College of William and Mary where she majored in Religious Studies and minored in Creative Writing. She maintains an avid interest in health, history and science. 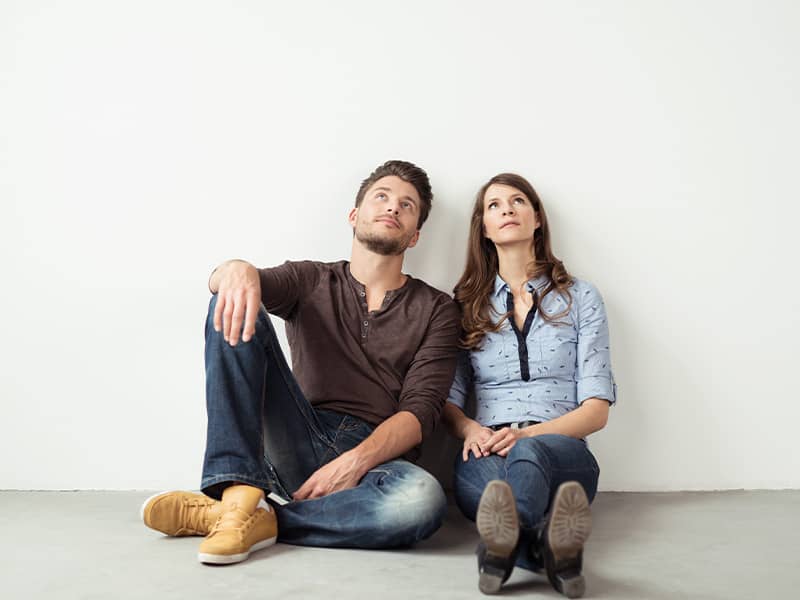