Reclaimed - This Catholic Faith is Mine

Take a fresh, bold look at what it means to be Catholic today. 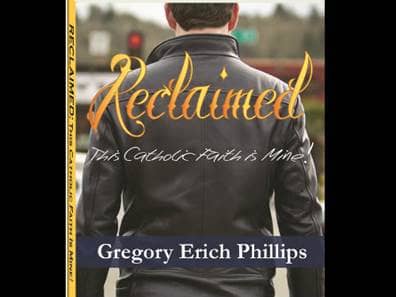 "Want a sneak peek of Reclaimed: This Catholic Faith is Mine? Here's an except from chapter 1 that will give you an idea of what you can expect."

Today’s Catholics find themselves in a challenging position. The culture in which we live, and the opinion of our peers, is at best ambivalent and at worst downright hostile toward a life of faith. At one time a strong Christian was admired, even by those who did not believe. Now that same Christian is often ridiculed. Many people view those who still subscribe to religion as old-fashioned - perhaps strangely admirable, yet unenlightened to the knowledge of the times, a full understanding of which would surely cause any modern-thinking man or woman to reject the mythic traditions of the past.

This book is meant to serve as an encouragement to modern Catholics, especially young Catholics, who face these challenges in their daily lives. I write as one of you, and I write this as a challenge to myself as much as to anyone. I am not a priest, nor do I hail from university halls. Rather, I write as a young professional in a bustling and secular American city. I experience pressure against my Catholicism every day. I am continually confronted by those who, like Paul, point out the “foolishness of following Christ.” (I Cor. 1:18) I am a voice neither for Orthodoxy nor Progressivism within the Church. Rather, I speak from the belief that our challenges go beyond such political and doctrinal perspectives and must be addressed at a deeper level than the “hot-button” issues of the day.

Throughout my young adulthood, I have experienced the natural ebb and flow of spiritual fervor. My faith has been tested, not only from without, but from within. It has been a struggle at times to maintain my Christianity against the forces trying to tug me away. I face almost daily challenges from peers who are not only non-Christian, but anti-Catholic. Through the darkest of such personal doubts, I questioned some of the very fundamentals of our religion.

I, too, at times have been confounded by the image that the Vatican, and many within the ranks of the clergy, have presented to the world—an image inconsistent with one of loving and shepherding leadership. What a breath of fresh air Francis’s young papacy has been toward establishing a truly pastoral leadership model.

It was through a series of personal challenges from people close to me, that I felt God inject me with new confidence in my faith. It is that confidence, the same confidence the Holy Spirit instilled in the disciples at Pentecost, which I wish to share with you. On that day, the disciples went pouring into the streets, joyful and consumed with pride to follow Christ. May we experience Pentecost anew in our time, with equal joy and equal pride.

I pray this book will prove valuable to young Catholics like me who find themselves being pulled this way and that by multiple religious and secular factions. I pray it will likewise speak to all Catholics hungry to transcend the contentious issues of our day and return to the basic truths of Christianity, the sublimity of faith, and the breathtaking example, personified in the world two thousand years ago, of the incarnate God we follow.

Gregory Erich Phillips is a frequent blogger and contributor sought out for his views and expertise on finance, philosophy, current events, and Catholic living. He has made it his mission to spread the joy of Christianity. Gregory and his wife Rachel perform tango and live in Seattle, WA.