Weeks after the resignation of Benedict XVI, Cardinals from the Catholic Church gathered in Rome to choose a new pope. There was plenty of buzz about conclaves, interregnum and other words that aren’t part of our everyday vocabulary. So just how was the new pope elected? 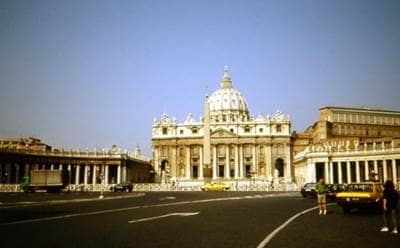 Weeks after the resignation of Benedict XVI, Cardinals from the Catholic Church gathered in Rome to choose a new pope. There was plenty of buzz about conclaves, interregnum and other words that aren’t part of our everyday vocabulary. So just how was the new pope elected? Here is an explanation of some of the process.

Cardinals are bishops who have been given special responsibilities in the administration of the Church. The word comes from Latin cardo meaning ‘hinge’ or ‘that on which another thing depends’. The Cardinals are the Pope’s principal advisors but since 1179 their main responsibility is to elect the next pope. The role of elector, however, is limited to those under the age of 80. Cardinals are either archbishops of major dioceses in the world (New York, London, Toronto and Manila, for example) or the heads of agencies in the Roman Curia. For example, before his election as Pope, Benedict XVI was Joseph Cardinal Ratzinger (note that the first name precedes the title) who was Prefect (or head) of the Congregation of the Doctrine of the Faith. Other examples of agencies in the Curia are the Congregation for Bishops and the Congregation for the Evangelization of Peoples. Collectively, the Cardinals are known as the College of Cardinals.

The Cardinals wear scarlet red (the sash, the hat or biretta and piping on their cassocks) indicating that they are willing to shed their blood for the Church. By the way, the bird ‘cardinal’ gets its name from the Cardinals of the Church, because of its red colour, and not the other way around.

It is customary, but not obligatory, that the Cardinals choose the pope from within the College of Cardinals.

Bishops are the heads of Dioceses which are the geological divisions of the Church. The ‘chair of the Bishop’ is the Cathedral from Latin cathedra which means ‘chair’. Every Diocese has a Cathedral where the Bishop is the Pastor. An Archbishop is the bishop of a larger diocese (Archdiocese) and may have other bishops working under him. Bishops worldwide make up the Magisterium or the teaching body of the Church.

The Pope relies on advice from his advisors (primarily the Prefect of the Congregation of Bishops) and the Nuncios (the ambassadors from Vatican City to countries with which it has diplomatic relations) to appoint Bishops. The laity (non-clergy) is also consulted at times. However, the final decision is the Pope’s. Bishops (except for the Pope) must retire at age 75.

Because the Pope has many extra duties and there are 330 parishes in the Archdiocese of Rome, another man, the Vicar of Rome, is appointed to act as Bishop of Rome in the Pope’s place. For a more complete discussion of Peter as the leader of the Apostles see my article, Was Peter the First Pope? In Greek pappas is “father” and in Latin papa is “father” and “pope” comes from these two languages historically used by the Catholic Church.

After Jesus rose from the dead, He appeared to His Apostles by the Sea of Galilee (John 21:15-17). Here He commissioned Peter to “feed My lambs”, “tend My sheep” and “feed My sheep”. This remains the Pope’s main duty: to be a Shepherd or Pastor of the 1.2 billion Catholics worldwide. He does this through travel, writings (including encyclicals) and homilies at Masses and audiences. He also meets with the prefects of the Roman Curia; ambassadors from other countries to the Vatican; and visiting presidents, prime ministers and monarchs.

From the Latin con ‘with’ and clavis ‘key’. A conclave is the gathering of cardinals to elect the next pope. The reference to ‘with a key’ is because the cardinals lock themselves into the Sistine Chapel when the vote is held. A cardinal who leaves, other than for ill health, cannot be re-admitted to the room. The cardinals are not allowed to communicate with anyone other than those in the College of Cardinals and no one else is allowed inside the Sistine Chapel. This is to insure that those voting are not influenced by public opinion, the media or anyone else outside the College.

The interregnum is the period of discontinuity between the pope’s death or resignation and the election of a new pope. The cardinals use this time to get to know one another and to talk about the needs of the Church. They also pray together and individually. It is a time when Catholics all over the world pray that the Holy Spirit will guide in the choosing of a new pope.

Votes are held each day and when a 2/3 majority of votes has been reached a pope has been elected. The canopies above all those present, except the person elected as pope, is lowered. That person knows then that he has been selected. The ballots are burned in a stove that has an added chemical making the smoke from the chimney white so that people outside will know a pope has been elected. The cardinal is asked if he accepts the decision and he chooses his new name. From the central balcony which overlooks St. Peter’s Square, one of the cardinals announces Habameus papum (We have a Pope!) to the people waiting. The new Pope then gives his first blessing. In the last few conclaves held a decision has been made within 2-3 days.

There were 115 Cardinals who voted for a new Pope (one from Scotland resigned after allegations of inappropriate behaviour and one from Indonesia is too ill to travel). Amongst the Cardinals present is one who will be the next Pope.

As in the past, the majority of the Cardinals are from Europe but there is a hope among some that this time the new pope will be from another continent. Africa is the continent where the Catholic Church is growing the fastest but 45% of the world’s Catholics are in Latin America.