Pope Francis is on a tour of the states, and other countries. It’s been a media blitz, but one message was very clear—the church needs to stop exploiting tax-exempt status for personal gains. 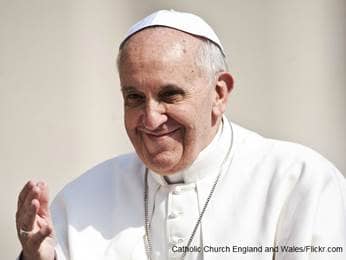 Pope Francis is on a tour of the states, and other countries, like Cuba. It’s been a media blitz, but one message was very clear—the church needs to stop exploiting tax-exempt status for personal gains.

With of the refuge crises in Syria reaching alarming rates, and resources scarce, Pope Francis told churches to shelter refugees or pay taxes like “corporations.”  Very harsh words for all of us.

The Catholic Church is one of the richest entities on earth and has amassed portfolios, stocks, and other investments. The Pope is not exempt from helping, as the Vatican recently has taken in a refugee family of four, giving them a flat.

“If somebody has a room in his house which is closed for long periods, it develops humidity, and a bad smell. If a church, a parish, a diocese, or an institute lives closed in on itself, it grows ill and we are left with a scrawny Church, with strict rules, no creativity,” Pope Francis said during a Portuguese radio interview.

Europe is grappling to absorb the thousands pouring across the borders from Syria.

Thousands of people fled their homelands looking for hope. People opposed the Syrian president Bashar al-Assad and the regime, sparking a civil war in 2011, killing over 200,000 people, and crushing cities.

With Russia’s involvement, negotiations are delicate, and slow moving to oust Assad.

Innocent lives are  in the cross-fire with people living in tent cities, or worse--families are crying for help now.

The Hungry-Austrian border was closed to more migrating. Those turned away travelled to Croatia for asylum. Germany’s refugee housing is maxed.

The U.S. is expected to accept 70,000 or more refugees, Secretary of State John Kerry said. "In the next fiscal year."

Church communities need to play a role in the crises. The pontiff shared if a convent is empty why make it a hotel, and add paying guests?

“Well, if that is what you want to do, then pay taxes! A religious school is tax-exempt because it is religious, but if it is functioning as a hotel, then it should pay taxes just like its neighbor. Otherwise it is not fair business.”

The International Organization for Migration released the numbers of refugees coming into Europe by sea in 2015. Of the 473,887 people coming onto European shores, 182,000 were people fleeing from Syria.