Can Catholics Support the Death Penalty?

Capital punishment is certainly a controversial and divisive issue. A Catholic would be prudent to spend time in prayer, reflection and study before making a decision whether to support or oppose it as current Church teaching is, at best, ambiguous. 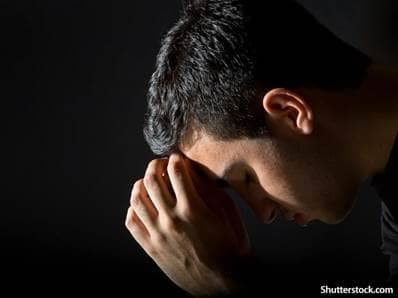 An upcoming Supreme Court case, Glossip vs. Gross, has essentially put the death penalty on trial by asserting that lethal injection is cruel and unusual punishment. As a result, many Catholic groups and news organizations have united to urge US Catholics to call for an end to capital punishment.

All of the last three popes have publicly denounced the death penalty. Pope John Paul II stated in his landmark encyclical, Evanelium Vitae (The Gospel of Life), “…there is evidence of a growing public opposition to the death penalty, even when such a penalty is seen as a kind of ‘legitimate defense’ on the part of society. Modern society in fact has the means of effectively suppressing crime by rendering criminals harmless without definitively denying them the chance to reform.”

More recently, Pope Francis has called for an end to capital punishment and even taken the issue a step further by taking a stance against life imprisonment. During an October 2014 meeting with representatives from the International Association of Penal Law, the pontiff declared, “All Christians and people of good will are thus called today to struggle not only for abolition of the death penalty, whether it be legal or illegal and in all its forms, but also to improve prison conditions, out of respect for the human dignity of persons deprived of their liberty. And this, I connect with life imprisonment. Life imprisonment is a hidden death penalty."

It’s important to note that when a pope makes such statements in public that they are not official Church teaching. A Catholic is perfectly free to disagree with a pope’s personal stance or opinion. In fact, the Catechism of the Catholic Church does allow the death penalty in certain circumstances:

“Assuming that the guilty party's identity and responsibility have been fully determined, the traditional teaching of the Church does not exclude recourse to the death penalty, if this is the only possible way of effectively defending human lives against the unjust aggressor. If, however, non-lethal means are sufficient to defend and protect people's safety from the aggressor, authority will limit itself to such means, as these are more in keeping with the concrete conditions of the common good and more in conformity to the dignity of the human person. Today, in fact, as a consequence of the possibilities which the state has for effectively preventing crime, by rendering one who has committed an offense incapable of doing harm - without definitely taking away from him the possibility of redeeming himself - the cases in which the execution of the offender is an absolute necessity "are very rare, if not practically nonexistent.” (CCC 2267)

Yet even with vocal opposition from Catholic leadership, a 2013 Pew Research Center poll showed that 59% of white Catholics support the death penalty. (The same survey shows that most Hispanic Catholics, 63%, oppose capital punishment. Statistics were not available for other races.)

Capital punishment is certainly a controversial and divisive issue. A Catholic would be prudent to spend time in prayer, reflection and study before making a decision whether to support or oppose it as current Church teaching is, at best, ambiguous. The following words from the Catechism of the Catholic Church may be helpful: “Moral conscience, present at the heart of the person, enjoins him at the appropriate moment to do good and to avoid evil. It also judges particular choices, approving those that are good and denouncing those that are evil. It bears witness to the authority of truth in reference to the supreme Good to which the human person is drawn, and it welcomes the commandments. When he listens to his conscience, the prudent man can hear God speaking.” (CCC 1777)

Peggy Bowes is a former Air Force pilot and the author of The Rosary Workout and Tending the Temple. She lives in North Carolina with her husband and two children.