7 Amazing Miracles of the Miraculous Medal

Many Christians who have them, today, still experience grace-filled blessings and miracles. 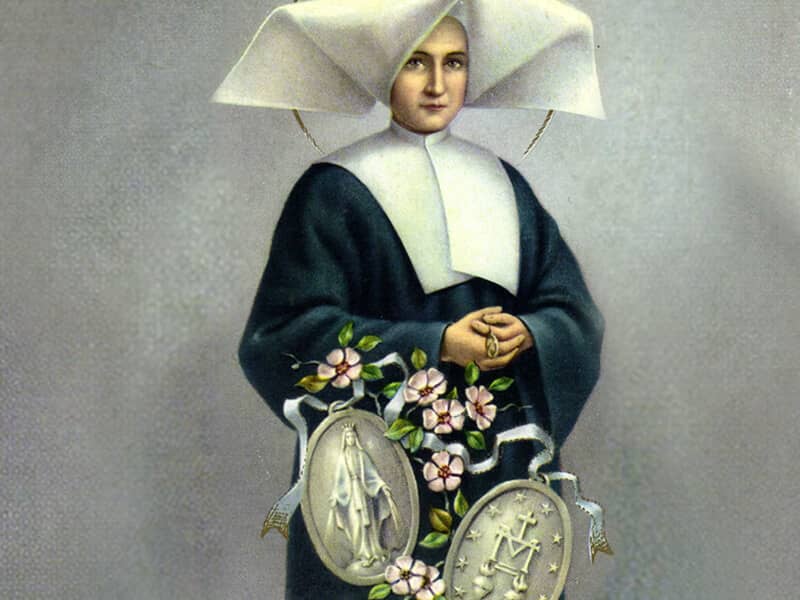 Public Domain
Each year, people from all over the world visit the Notre-Dame de la Medaille Miraculeuse chapel in Paris, France. The pilgrims flock there because they know what a special place it is. It was there, on November 27, 1830, that Blessed Mother appeared to Saint Catherine Laboure and graciously gave her the gift of the Miraculous Medal, so that she could share it with the world.
Although November 27, 1830 was not the first time that the mother of Our Lord had appeared to St. Catherine Laboure – who was then a young nun – it was the date when she manifested a perfect vision of what the Miraculous Medal should look like. The humble saint saw Blessed Mother standing on a globe, while crushing a serpent with her feet. Our Lady’s hands were open, and brilliant rays of light streamed from jeweled rings on them. An oval soon formed around Blessed Mother, and a gold inscription read “O Mary conceived without sin, pray for us who have recourse to you.”
The vision then rotated, so that the young nun could see what the back of the medal should look like. In that portion of the apparition, there was a letter “M” below a cross. There were also two hearts below the M. One was crowned with thorns, and the other was pierced with a sword.
Of the rays of light that flowed from her hands, Blessed Mother told the young nun that they were graces that she poured out on those who asked them of her. The young nun also heard Mary say “Have a medal made according to this model. For those who wear it with confidence, there will be abundant graces.”
With the permission of the Catholic Church, the first medals were made and distributed in Paris in 1832. Although it was originally known as the Medal of the Immaculate Conception, it was associated with so many miracles and blessings, that it became known as the Miraculous Medal. And many Christians who have them, today, still experience grace-filled blessings and miracles.  Here are just seven miracles that have been attributed to the amazing power behind the medals. 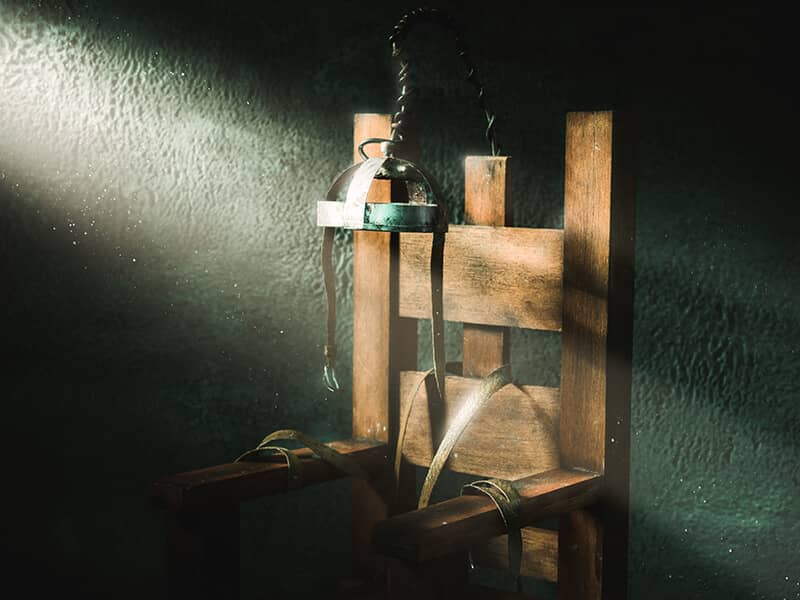 One of the most incredible Miraculous Medal miracles began in a Mississippi prison in 1943. Twenty-year-old Claude Newman – who was on death row for shooting his grandmother’s abuser – asked a fellow inmate what he was wearing around his neck. The inmate threw the medal on the ground and told Claude that he could have it. Shortly after the young man had put the medal around his own neck, Blessed Mother – whom Claude described as the most beautiful woman God had ever made – appeared to him and told him that if he would like to be her son, he should call for a priest. He did so immediately.
Along with four other prisoners whom he had inspired, Claude prepared to be baptized. When he shared with the priest and the other men insight into the deep forgiveness found in Confession, the priest was surprised that Blessed Mother had visited Claude again. To prove he was telling the truth, he reminded the priest of a 1940 vow he had made to Blessed Mother that he would build a church in her honor if he survived a life-threatening situation. While the priest later fulfilled that vow, Claude was baptized four days before he was scheduled to be executed in 1944. Because the young man was so happy that he was going to Heaven, his last request was to have a party.
When he received a two-week stay of execution, Claude was beside himself. To console him, the priest suggested that he pray for the conversion of a prisoner who hated Claude and religion. He took the priest’s advice. And two weeks later, Claude stunned many by being overjoyed while sitting in the electric chair. Later, when the prisoner whom he had prayed for was in the same chair, the prisoner’s anger suddenly turned to fear, and he called for a priest. Together, Blessed Mother and Claude appeared to him and showed him a vision of Hell. He returned to his faith and was absolved of his sins before he was executed. 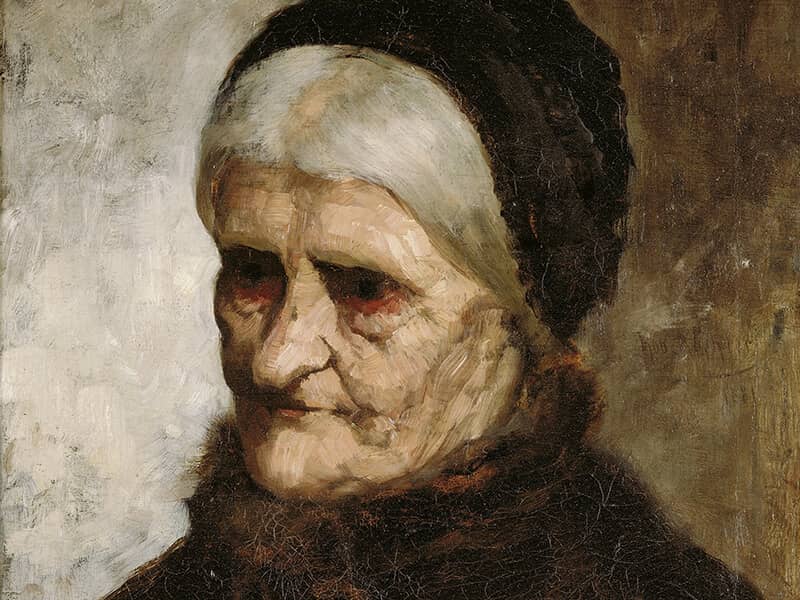 In 1834, only two years after the first copies of the Miraculous Medal were made and distributed in Paris, news of the medal had traveled throughout France. One person who heard about it was a 70-year-old impoverished widow who had entered the nursing home of Saint-Maur after a terrible fall in August 1833. Not only did she have to drag her left leg, she needed assistance to walk, and she had difficulty sitting and getting back up. When she heard about the medal, in January 1834, she requested one and was filled with hope.
As soon as she received it, in March of that year, she went to Confession. The next day – which was the first Friday of the month – she received the Holy Eucharist and began praying a novena to the Sacred Hearts of Jesus and Mary. She also venerated the medal, which she wore around her neck, 20 times a day. She was suddenly free of her pain by the seventh day of the novena.  Everyone at the nursing home was shocked when she began walking without assistance. After having received the miraculous cure, she was even able to climb stairs and kneel. 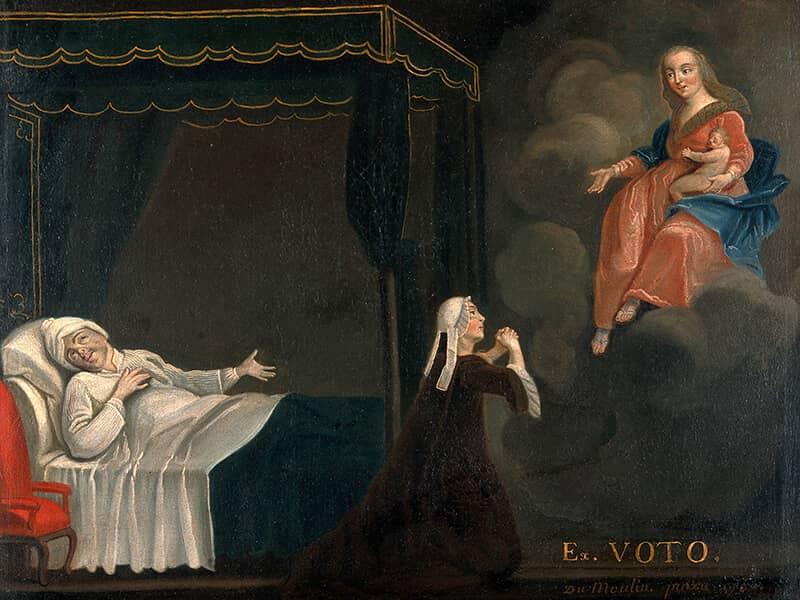 By 1836, news of the medal had spread throughout Europe. In January of that year, a priest in Italy secretly slipped a medal into the pillow of a 27-year-old man who had become indifferent about his faith. Even though he was dying from pneumonia, he didn’t want to turn from sin and return to his faith and family. Since the priest and a chaplain had failed to convince him to do so, the priest hoped to return after giving the young man time to reflect on what they had said.
Before the priest returned, the young man reconciled with his mother and asked her to call the priest, because he wanted to reject the sins of his past and return to his faith. When the priest showed him the medal and gave it to him, the young man began devoutly kissing the medal.  With remorse, he confessed his sins and received absolution, and he also received the Last Rites.  But to everyone’s astonishment, he began feeling better and made a full recovery within a few days. He kept the medal and frequently kissed it with great devotion and gratitude to God and Blessed Mother. 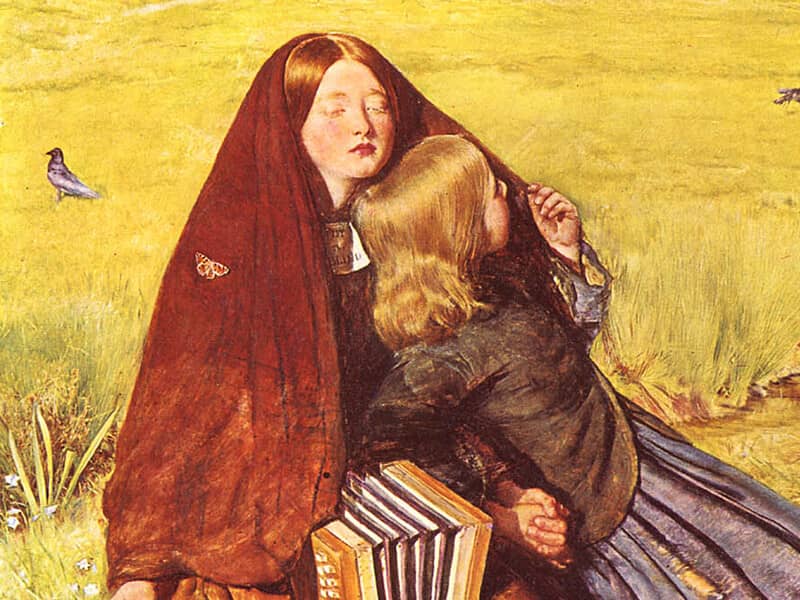 Later that year, in June 1836, a miracle occurred in Belgium. Rosalie Ducas, a little girl who had been a healthy toddler, suddenly lost her sight on November 9, 1835 at the age of four and a half. Losing her sight was such a traumatic experience that the child was disturbed day and night. Realizing that the child needed help from above, the parish priest of Jodoigne-la-Soveraine gave the girl’s mother a Miraculous Medal.
On June 11, 1836, the woman placed another medal around her daughter’s neck, and she started praying a novena. Within six hours of placing the medal around the child’s neck, the little girl stopped complaining of pain. Then, on the fourth or fifth day of the novena, Rosalie opened her eyes. The parents felt so hopeful that they prayed even more. To the overwhelming delight of Rosalie, her parents and the priest, the child regained her sight and was freed from her pain on the ninth day of the novena.

Miracle of the Mind 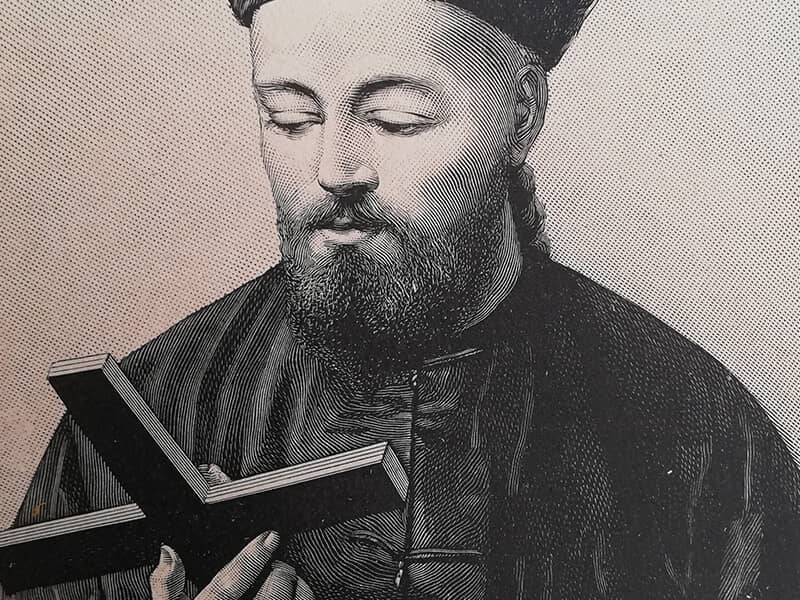 Miracle of the Mind

By the end of 1837, people throughout the world had learned about the Miraculous Medal. And around that time, a woman in China received a miracle. She was given the medal by Saint John Gabriel Perboyre, a holy priest who was on mission in Ho-Nan.
The saint – who was later imprisoned, tortured for about a year and martyred in 1840 because of his Christian faith – was told about the woman by other Christians living in Ho-Nan. They told the priest that she desperately wanted him to hear her confession, even though she had been mentally disturbed for about eight months. Although it was almost impossible for her to make a coherent confession, he compassionately agreed to hear her. Although she didn’t know what it was, the saint gave her the Miraculous Medal, so that she could be under the protection of Blessed Mother. Only four or five days later, he was amazed at the healing that had taken place.  Her mental suffering and anguish had been replaced by peace, common sense and joy. 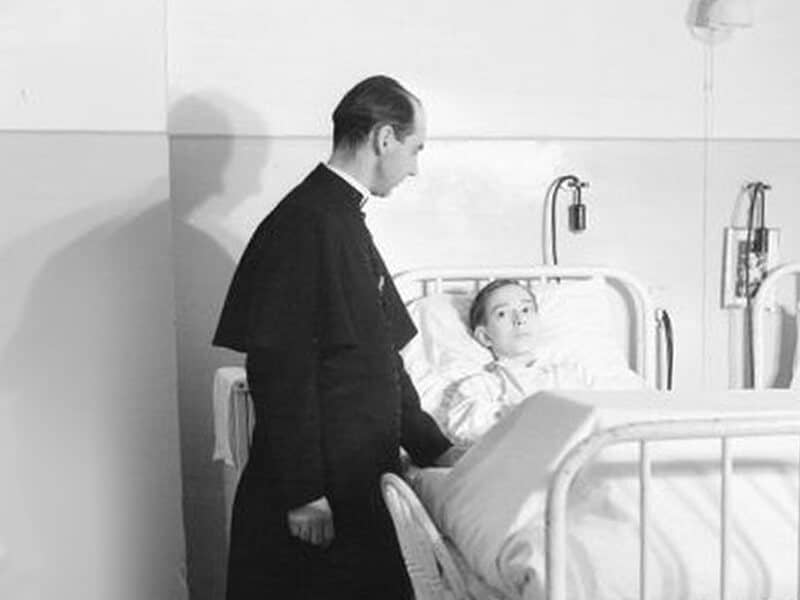 Despite the miracles associated with the medal, many people don’t believe it can make such a difference. Fr. John A. Hardon, S.J. was one of those people. Not long after he had been ordained, a Vincentian priest encouraged him and others to promote the Miraculous Medal, because Blessed Mother really does work miracles through it. Although Fr. Hardon ordered a free pamphlet on how to bless the medals and enroll people in the Confraternity of the Miraculous Medal, he didn’t get one for himself.
But later, in 1948, when the United States priest encountered a ten-year-old boy who was in a coma after a sledding accident, he decided to see if it would help. A sister who worked at the hospital found one and a ribbon the priest could use to hang it around the boy’s neck. Even though the boy had been diagnosed with inoperable permanent brain damage, the priest read the prayer that enrolled the boy in the Confraternity of the Miraculous Medal. As soon as he finished the prayer, the boy opened his eyes and asked his mother for ice cream. It was the first time he had spoken in nearly two weeks. New x-rays showed the brain damage had disappeared, and the boy was released from the hospital after about three days. Like the boy and his family, the priest’s life and his belief in the medal were forever changed. 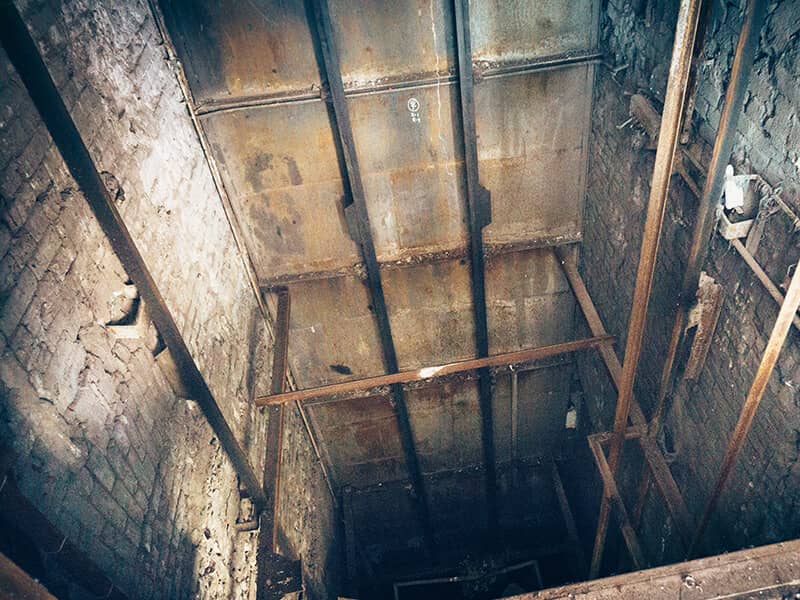 In the 1950s, in what was then the communist country of Czechoslovakia, a teenage boy received a Miraculous Medal from an underground seminarian. Even though religious beliefs were condemned by the government, the boy decided to wear his medal around his neck when he worked, one summer, at a construction site. When his supervisor told him to take it off, he continued to wear it.
The next day, he fell into a hole that contained the engine – with moving wheels, gears and belts – of an unsophisticated elevator that allowed construction workers to transport materials to upper floors of the apartment building that was being built. His co-workers pulled him out and put him on the ground. But to their surprise, he was uninjured. He was able to get up and continue working. And he fervently believed that it was Blessed Mother’s protection, received through the medal, that kept him safe from harm. 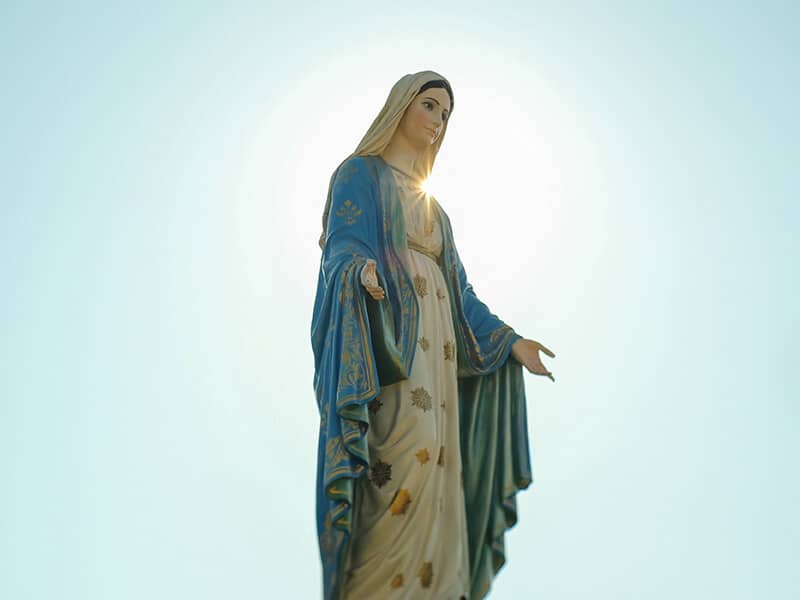 There have been miracles of physical healing, mental healing and spiritual healing associated with the Miraculous Medal. And people have been miraculously protected from harm. While there’s no doubt that they are all extraordinary, there’s also no doubt that the medals themselves can help us to reflect on the extraordinary glory, power and love of Our Lord. And they mercifully reassure all of us that we can turn to the Mother of Our Lord for help in times of trouble. 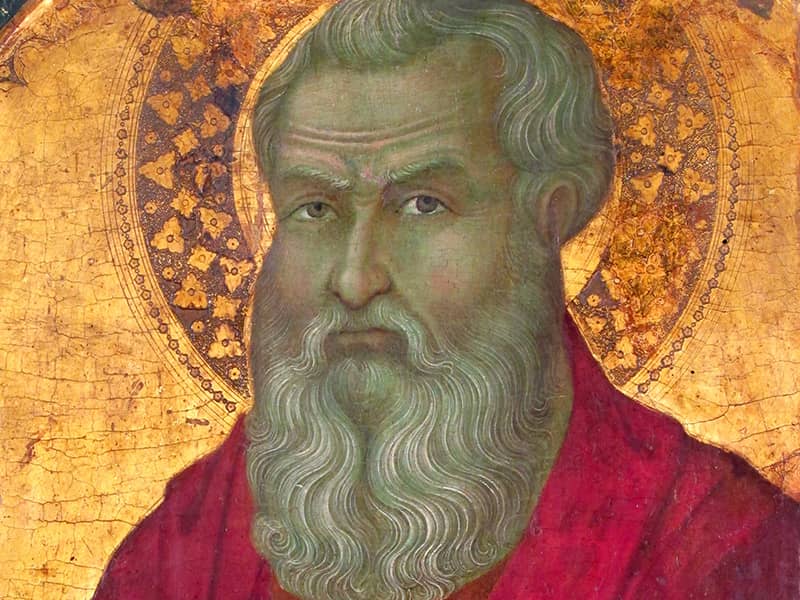 Get a little divine intervention in your goals. Read next feature >
Christine Galeone is a freelance writer who writes regularly for Beliefnet, The Catholic Free Press, Community Advocate and the Telegram & Gazette. She also writes screenplays.