'Singing was a way that they overcame difficulty,' says an aid worker who spent time with Mother Teresa and her nuns.

Beliefnet
Sean Callahan of Catholic Relief Services was CRS' Country Representative for India in the mid-1990s. Based in Calcutta, his office worked on a daily basis with the Missionaries of Charity, the religious order Mother Teresa founded and CRS' local church partner in caring for India's poor. Callahan had regular contact with Mother Teresa herself between 1994 to 1996. Callahan spoke to Beliefnet about Mother Teresa's daily life and the posthumous revelation that she often did not feel God's presence.

What would a typical day for Mother Teresa have been like?

6:00 a.m. would probably be the beginning of her public day. They had a Mass in the morning in a room that was rather interesting. It was somewhat ethereal, the whole experience.

The Mass was in a room that overlooked A.J.C. Bose Road, where the Mother House [of the Missionaries of Charity] is located. There are streetcars going by, wafts of smoke coming in, people out on the street. You have a group of volunteers on one side, a group of sisters, and then some of the novices. So you hear this singing as you hear the screeching of the streetcars and smoke wafting in, and a priest saying morning Mass.

Mother would always be at the morning Mass sitting against the wall in the back with the sisters. After Mass, she would greet any guests who had come to the house at the time, give them blessings [and] Miraculous Medals, and hear their stories.

From about 7:00 until 1:00 she would be working, fulfilling her mission: going to the different houses [that the sisters] have, meeting with people. As guests would come to the Mother House, she had various meetings that were set up with them. She might be running through the city trying to assist people in various ways with the sisters overseeing the operations. And then planning international trips, so she could keep up contact with the international focus of her congregation.

In the afternoon, the sisters normally would have a period where they would have private prayer and come together as the Missionaries of Charity. After that, they would have an open prayer service that other people could join. But usually from about 1:00 to 4:00, they had an internal time, kind of a time of renewal. A lot of the work that they were doing was grueling, so they reenergized at that point.

Then, after 4:00, they would reopen again and provide that outward service to all.

When I met her in 1994, she was a woman who had already won the Nobel Peace Prize [and] was famous throughout the world, but she would meet anyone who came in, whether they had an appointment or not.

She was very open and warm. She usually took your hand and enveloped it with her hands. Although her physical size wasn’t very large, her hands were like velvet pillows, and they’d kind of engulf your hand. She’d speak to you softly. She could be very warm and very gentle.

At other times, we’d participate in community or family events. In those events she was always very joyous, had a good sense of humor, [and] loved to sing. She was very, very joyful, energetic, and inspiring.

What did you think when you learned that she had felt spiritual desolation--the sense that God is distant--for so long?

In India we heard about it when the letters were first released in 2002 and 2003. As a foundress of an order that was dedicated to people who had been cast away, people subject to violence, it’s not surprising that someone might have doubts at certain times.

To me, Mother Teresa really had founded her life on two things: Trying to fulfill God’s will and trying to make sure that the human dignity of all people was respected.

When you work in some of the centers in Calcutta and see the harshness of poverty and the harsh things humans can do to each other, at times it can call into question. To me, the fact that she may have had some doubts humanizes her a little bit more. It signifies that she was an inquisitive person.

Someone who would question, but still would live her life [that way]--it really showed a great inner strength.

Did you ever see her counsel people through their own times of spiritual darkness?

I think oftentimes she did counsel people, particularly people within her own community. Sometimes it was through meditation and prayer and being with the person.

Mother was also a very joyous person. [W]hen people were down and things were tough at different times, she would joke with people. Her laughter and her smile would be infectious. Singing was a way that they overcame a lot of this difficulty and darkness.

What types of songs did they sing?

Many of them were religious songs. She always encouraged all the novices to do special singing.

There was always a musical instrument in the house that someone could play. The Mass in the morning was rather existential in certain ways. You heard the harshness of a city, and yet you heard these angelic voices streaming through the rough violence. It made you feel that there was hope and some joy.

You mentioned her in meditation and prayer. Did you ever see her in prayer?

She would basically kneel, but sit on the back of her legs. She would be very focused on her prayers and her rosary.

Although she was a very public person, she didn’t try to gain the limelight. In Mass, if you didn’t know where Mother was sitting, you wouldn’t know that she was there.

One of the things that she mandated for her sisters was that they had a priest nearby. Prayer and Mass were very, very important for her and her order.

[S]he saw Mass and prayer as a renewal. When I first arrived in Calcutta, I volunteered at several of the different institutions that the Missionaries of Charity have there. It’s wonderful work--helping other people and reaching out to them--but, frankly, for an American [it was] really challenging. You’re working with people with leprosy, people who’ve been thrown out in the streets and have open sores. You’re bathing people who are going to die. There’s tuberculosis and other things. It’s very challenging and demanding, not only physically but psychologically.

The Masses and the prayer moments were periods of renewal so that [the sisters] could come out and continue to show the love and the joy that they had for their fellow human beings.

Obviously she worked with India’s poor, most of whom were Hindus. Did she ever say anything about non-Christian religions?

She crossed all religions in Calcutta, and in other countries. She was not shy to say that she was Catholic, that she believed in Jesus and that she followed the teachings of Jesus, and that she saw Jesus in the people in which she served. At the same time, I never heard her critique or criticize any other religion. She was very open and accepting and she always allowed everyone to participate in her mission of serving the poor. And, she did not think that was only a Catholic mission, but a mission of all humanity.

We don’t always think of stubbornness as a saintly quality, but there are lots of stories that Mother Teresa was stubborn in a good way: for example, prodding an airline chief to donate a plane for a day to deliver supplies somewhere. Do you remember any stories about her that involve that quality?

Mother Teresa had called me up and said that there were some floods in Bangladesh and that we needed to get supplies to people there right away. I never said "Mother, it couldn’t be done"; I would always say, "Yes Mother, this is what we need to do," and she would do it.

She then took 10 or 11 of her sisters and put them each in the cab of the first trucks that were going. She gave them a little blessing and said, "Make sure you get to the border."

As they started going to the border, there was a queue of 1,000 trucks there because of the floods, and they couldn’t get people through. And as these trucks came by, the [trucks carrying the sisters] started cutting the queue. Well, a few other truckers stopped the trucks and started pulling out the drivers.

Then, one of the drivers just pointed over to the sister sitting in the other side of the truck, and [the other truckers] let them go. All the drivers let [the sisters] cut this 1,000-truck queue to get into Bangladesh to provide the assistance.

So Mother Teresa was relentless in the sense that I don’t ever remember her taking "no" as an answer if she was trying to assist the poor.

Mother Teresa had concerns about the spiritual poverty of the West. Did she ever say anything about this to you?

One of the first times I was meeting with Mother, she was thanking Catholic Relief Services since we were one of the first organizations that supported the sisters. I said, "No, it is us who should thank you for having the privilege of working with you and your sisters." And she said, "Shh, don’t spoil it."

She said that we're lucky to be able to do this work. Here we are working with the poor. We feel God’s presence. We feel the love of these people. She said, "You actually have a tougher challenge. Where you come from, there may not be this grinding poverty that you see here, but you do have the spiritual poverty."

If Mother Teresa could say one thing to Americans, what do you think it would be?

She would touch other people in many ways, be they lepers, TB patients, or others. That’s the type of person she was: someone who would demonstrate her love by her actual actions and touch. 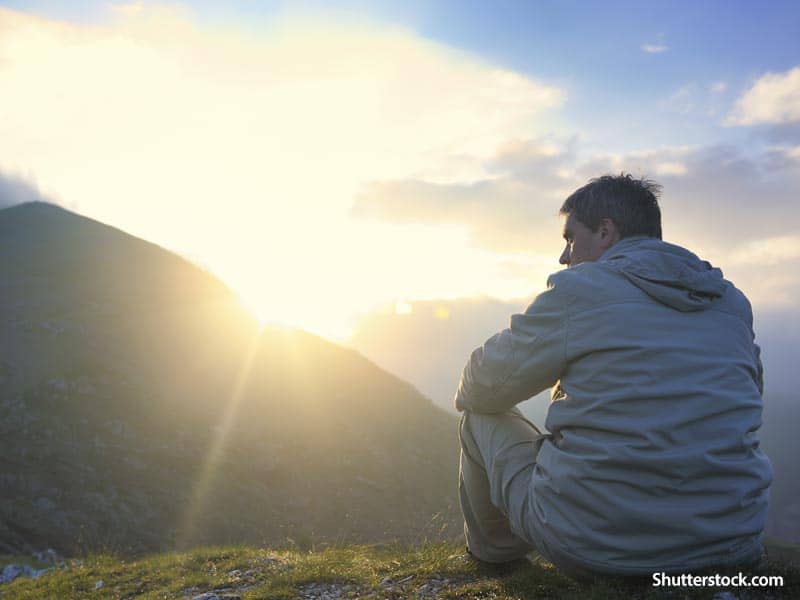 10 Ways We Represent God on Earth

more from beliefnet and our partners
Add some inspiration to your inbox.
Sign up for Beliefnet's Saint of the Day newsletter.
From time to time you will also receive Special Offers from our partners