A Priest Is a Terrible Thing to Waste

Those who resign to marry aren't just banned from the altar; they can't serve in other ministries, either

Excerpted from the September 2000 issue of U.S. Catholic

The church needs to take a good look at the way it has treated resigned and married priests.

He is your brother-in-law, your kid's soccer coach, your co-worker. But it may surprise you to learn that he cannot exercise all of the ordinary rights of the baptized.

In the current thinking of Rome, the sacrament of holy orders weighs far more heavily than the sacrament of baptism. Somehow, ordination supposedly makes a priest "ontologically different." The flip side of this is that when he leaves the ordained ministry, he becomes a pariah for betraying the priestly caste.

The prescribed way for a resigned and married priest to get back into good standing with his church is through the canonical mystery of what used to be called "laicization" and is now referred to as obtaining a "dispensation" from the clerical status. Strictly speaking, he is not dispensed from the priesthood itself--"once a priest, always a priest"--but in effect he is "downgraded" to ordinary membership in the laity.

The number of priests applying for dispensation skyrocketed after Vatican II. Under Pope Paul VI, this was a relatively straightforward process that generally took about two years. But since his death, the process has taken on increasingly punitive tones. Dispensation has often been delayed for many years and now includes not just prohibitions of sacramental celebrations but also bans on serving as eucharistic ministers or lectors, on holding any leadership positions in parishes, and on teaching religion or theology in Catholic schools.

These rules are interpreted and enforced differently in different dioceses. While some dioceses look the other way when pastors use the talents of married priests in their parishes, others go even beyond the Roman rules and ban them, for example, from speaking on church premises or sponsoring RCIA candidates.

When one married priest, a biblical scholar, was fired from his position as theologian-in-residence at a Midwestern university, he was replaced, ironically, by an Episcopal priest. Moving to California, the same man was forced out of teaching RCIA by an outcry from the conservative watchdog group Catholics United for the Faith. He comments:, "Any Fortune 500 company that lost as much talent and personnel as the church has would take a serious look and readjust. Not the church."

Over the past 20 years, an estimated 100,000 men have left the priesthood worldwide--some 23,000 in the U.S. alone. The sociological study "Full Pews and Empty Altars" (University of Wisconsin Press, 1993) projected a 40% percent loss in the U.S. priest population between 1996 and 2005. At the same time, every fourth U.S. parish now has either no priest or shares one with another parish.

It may be hard for lay folk to understand why talents are turned away and skills are wasted. But Dennis Kennedy, a former Vincentian priest, now married and working in a hospital system, explains: "I remember, as a priest, when a guy would leave, the sense of betrayal and abandonment I felt. Especially as fewer priests remained, I knew it meant more work for me. It also challenged my worldview: If a good friend left, why did I stay? For guys, those are strong emotions, and some aren't willing to work through them."

If the restrictions on ministries aren't unjust enough, consider the pension policy. More than 90% percent of U.S. dioceses still deny pension benefits to priests who resign, no matter how long they have served.

William Manseau, who heads the Pensions Advocacy Task Force of Corpus, a national association of married Catholic priests, sways that until now the approach to retirement for priests has mostly been "paternalistic: 'Just be a good boy, and we'll take care of you.'" iIn this view, pension benefits are seen as a reward for a life of faithful service, and priests who don't serve until retirement age consequently have not earned the "right" to a pension. He says, "A better attitude emphasizes autonomy, in which a priest deserves the same benefits of other professionals."

When some Catholics in Syracuse, N.ew Y.ork, found out about these rules, they organized. More than 640 laypeople, 50 active priests, and 27 resigned priests signed a Pension Advocacy Petition that stated: "Depending on their length of service to the people of the diocese, we believe that resigned priests should receive an equitable.retirement benefit. This has not been diocesan policy..We believe this is a matter of justice, not charity."

While canon law is preoccupied with resigned priests giving scandal to the faithful,. the puzzle of church law may be far more scandalous. An active men's group in Longmont, Colo.rado, regularly drew some 40 men to discuss their spirituality--surely a welcome and not-all-too-common occurrence. But when the chancery learned that their leader was a resigned priest, they were no longer allowed to meet at the parish. The group continues happily in a private home.

Similarly, a lecture series in Denver, forced from Catholic premises to a Methodist seminary because two speakers were resigned married priests, drew a larger crowd than the parish could have held.

The assumption underlying church policy seems to be that former priests are angry, bitter people who will corrupt the flock. While a few probably are disgruntled, many seem generally happy and continue to grow in their faith.

Joe Bukovchik, an adoptions social worker, married priest, father of four, and grandfather of three, says without rancor: "Whatever happens to the institutional church, God bless it. Meanwhile, we do our thing where Jesus leads us. I've led a small faith community since 1993, with children, teenagers, young adults, old adults. We actively support an orphanage in Sri Lanka. If you don't care for the poor and break open your life, you're just navel-gazing."

To the pastoral qualities and spirituality of men who are drawn to a priestly way of life, add in the education financed by the people of their dioceses. The result is a skill cluster that the people of God need right now: knowledge of theology and scripture, ease and familiarity with ritual, counseling and speaking abilities. Yet uniquely qualified individuals are turned away from jobs in the church that would best utilize their abilities.

"Priest who choose to marry," says one of Denver's 400 married priests, " are shunned and relegated to silence while the church complains of the dearth of priests and piously prays for vocations." I for one hope to hear the pope and bishops someday apologize to resigned priests. And if that happens, the authenticity of their words will be measured by their actions: a full welcome back of these men to ministries from which they have been excluded. 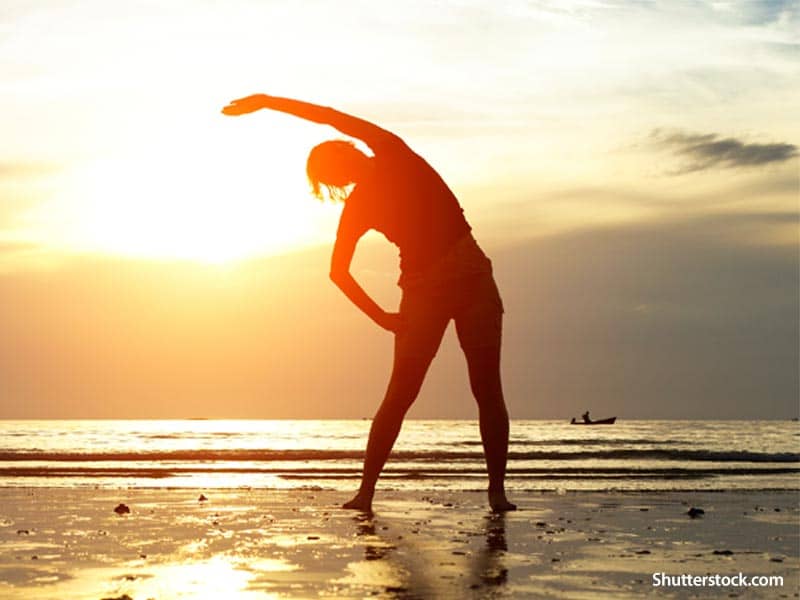 Why Do My Joints Hurt