Dharma Day: A Universal Celebration of The Buddha’s Teachings 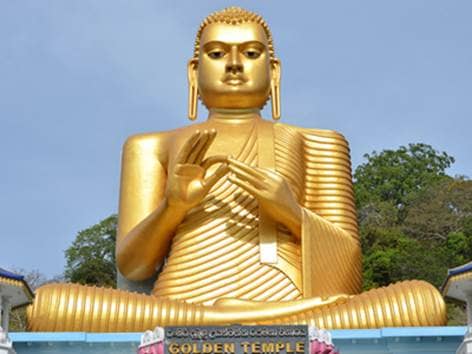 Dharma Day, a Buddhist celebration, marks the day when the Buddha began teaching. Celebrated by Buddhists worldwide, it’s considered a time to reflect on the qualities of the Buddha and express gratitude for his teachings which offer humanity a way to find release from its bonds. Dharma refers to the body of the Buddha’s teachings.

Before attaining enlightenment, Siddhartha Gautama, the future Buddha, lived as a wealthy prince. Once he discovered the realities of the world outside of the confines of the palace walls, he yearned for wisdom and understanding. He renounced his wealth and family and became an ascetic. With his ascetic companions he found no satisfaction and decided to go and sit under a tree. After trials and temptations, he achieved enlightenment. Filled with bliss and deep peace, the Buddha felt overwhelming compassion for all beings.

“There arose in his heart a desire to teach and share this happiness and blessing with others,” says Phillip Moffitt, author of Dancing with Life and Emotional Chaos to Clarity. The Buddha returned to his ascetic companions at Sarnath with an urge to share what he’d experienced.  He began to teach the four Noble Truths and prescribed the Eight Fold Path which is referred to as setting in motion the “Wheel of Dharma.” The truths proclaim that life entails dukkha – loss and difficulty. Through focus on dharma, a Sanskrit term for duty or doing the right thing in speech, thoughts, action and right mindfulness one may find release from dukkha, or suffering.

“What’s being celebrated is the teaching and also the human capacity to understand,” says Moffitt, a long-time practitioner of Buddhism who teaches mindfulness practices inspired by the teachings. The essence of those teachings includes a universal invitation to explore the causes of suffering and what ends it. They appeal to a wide range of students across various ethnic backgrounds, age groups, income levels and even religious backgrounds.  “The Buddha is not seen as a god, but a human being. Through this event we’re celebrating his introduction of a way to understand our life,” Moffitt says.

The teachings are one of the three jewels of Buddhism. The other two include the Buddha who represents the pure or enlightened mind, and the sangha, the company of friends, fellow seekers and enlightened beings who offer support and guidance along the way.

To celebrate this day, Moffitt suggests that his students use the time first to reflect with gratitude on what they have learned from the teachings and feel grateful that they are so widely available now. For those practicing the path of bhakti or devotion, he encourages reflection on the Buddha’s qualities which open the door to inspiration and personal aspirations.

Bio: Debra Moffitt is the award winning author of Awake in the World: 108 Practices to Live a Divinely Inspired Life. A visionary, dreamer and teacher, she’s devoted to nurturing the spiritual in everyday life. More at www.awakeintheworld.com and on Facebook.