Even though he retired from politics in 2011, he is a strong man whose presence is always recognized and received well. 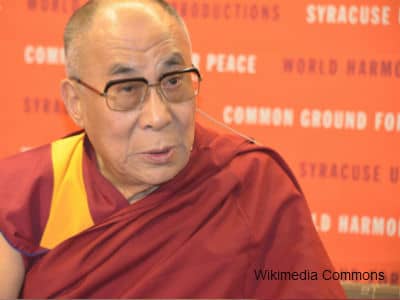 The longest-lived incumbent is the current Dalai Lama who celebrates his 80th birthday this year. The Nobel laureate will be in the United States to celebrate his 80th on July 6th but according to the Tibetan lunar calendar his birthday was Sunday, June 21st – where he celebrated with his family, fans and followers in Dharamsala.

During the celebrations the Dalai Lama thanked everyone for their well wishes and said, “I hope you will join me again to celebrate my 90th birthday.” The crowd was around 8,000 people and many spoke to the crowd while thanking the Dalai Lama for being the life and soul of Tibet. The crowd participated in traditional dancing and a special long-life prayer for the Buddhist spiritual leader.

Even though he retired from politics in 2011, he is a strong man whose presence is always recognized and received well. He believes that by stepping down and delegating his political responsibilities to a prime minister that he is in essence helping to secure a more secure future for the people after his death.

Regardless of his title or statue, the Dalai Lama continues to promote non-violence and make efforts for global peace. He has openly spoken about his views on reincarnation and caused frustration in Beijing by openly stating that he may not be reincarnated.

He told the BBC in December that, “the Dalai Lama institution will cease one day.” He followed the statement up by saying, “Much better that a centuries-old tradition cease at the time of a popular Dalai Lama.”

The Dalai Lama believes that he still has many years of life left. In many interviews, he has said that he believes he will live until he is 113-years-old.