Merging With The Divine

Buddhist teacher Tara Springett explores how we can reach our highest potential. 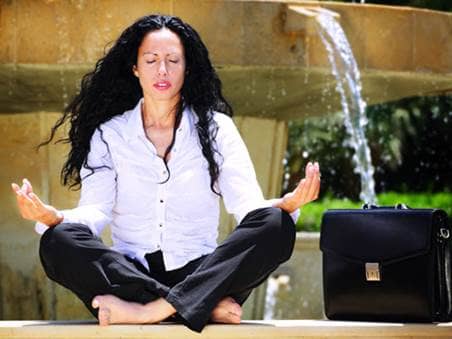 All spiritual paths and all religions have one mutual aim and that is merging with a divine being. In Christianity, there is the ritual of holy communion in which people symbolically unite with their saviour by imagining eating his flesh and drinking his blood. In Tibetan Buddhism, meditation students visualise a deity in front of them who dissolves into light and this light dissolves into the meditator. In the moment of merging - this total surrendering - one's own sense of self is taken over by the divine Self. This is the moment of enlightenment.

In the moment of merging with the divine, our own sense of self is wiped out and replaced with a sense of self that is pure love and wisdom - called Buddha nature, true Self or Christ Consciousness depending on the tradition we follow. No matter what our path, this is an experience of intense bliss - more bliss than the most intense pleasure we could imagine from uniting in sexual union with a beloved partner, from being in nature or through any form of meditation. The union with the divine is more than a meditative state - it is a literal sense of being a divine being with a divine body and with divine abilities and mind.

Lama Yeshe, the beloved Tibetan master said, 'do not think that merging with the deity in meditation is just a form of visualization' and encourages his students to develop 'divine pride.' Elder Porphyrios of the Greek orthodox church, an acknowledged miracle worker, when asked how he performs his miracles answered, 'I simply align myself with the frequency of Christ.'

Every spiritual method, every prayer and every form of meditation only make sense in the context of preparing our mind and body for this final union with the divine.

Is it possible for us to merge with the divine? The answer is a joyful 'yes'; but first we need to give up two common misconceptions: The first misconception happens mostly among people who follow a path of meditation. These people need to learn that they cannot enlighten themselves simply through having the right meditation technique and using it for long enough. Enlightenment cannot be 'achieved' - it is an act of grace that can only happen through our deepest devotion to a divine being.

The second misconception is more common among people who follow a spiritual path of devotion. These people need to learn that it is paramount to prepare their mind for the final union with the divine by purifying it through many hours of dedicated work on themselves. It is not possible to merge with a divine being while still harboring half-conscious resentments and other destructive attitudes and emotions. It is vital that we first recognize every single one of our ugly tendencies and replace them with a more loving attitude.

It is this combination of dedicated work on one's own mind on the one hand and deep devotion to a beloved divine being on the other that will allow us to achieve our highest potential through merging with the divine.

To learn more about how to merge with the divine please refer to Tara Springett's book The Five-Minute Miracle. Tara holds an M.A. in Education and has post-graduate qualifications in gestalt therapy, body awareness therapy and transpersonal therapy. She is a fully qualified and licensed psychotherapist and counselor. Tara has worked as a drugs counselor, counselor for adolescents and general psychotherapist since 1988. Tara has been a dedicated Buddhist practitioner since 1986. In 1997 she received encouragement from her Buddhist teachers to teach meditation. Tara is the author of several self-help books. She has been featured in numerous publications and has appeared on various radio and television shows in Europe and the United States. Her website is: www.taraspringett.com.