Awakening is common, mundane, and accessible. In fact, it could be the case that anyone who is serious about meditation practice moves into and out of awakening all the time. 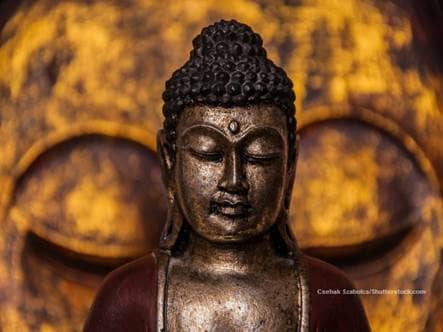 December 8th marks Bodhi Day, a Buddhist holiday observed worldwide. It commemorates Siddartha Guatama’s accomplishment and transformation into the “Buddha.” This accomplishment is described as “enlightenment” or “awakening” and sometimes the terms are used interchangeably. As I discussed in a previous post to my column, Mindfulness Matters, about Bodhi Day 2010, these terms represent different metaphors and understandings of what happened under that fig tree approximately 2500 years ago.

Awakening is more technically true and more practical for you and I. “Buddha” means one who has awakened (buddho means “awake”). Enlightenment suggests something exotic, mystical, and rare. Awakening is common, mundane, and accessible. In fact, it could be the case that anyone who is serious about meditation practice moves into and out of awakening all the time.

What better way to recognize Bodhi Day than by examining what the Buddha said about awakening. The Buddha created many lists to frame his teachings: Four Noble Truths, Noble Eight-Fold Path, et cetera. One of these lists is the Seven Factor for Awakening.

According to Thanissaro Bikkhu in his book The Wings to Awakening, These factors can be seen as one building upon another list - Four Foundations of Mindfulness (also known as the Four Frames of Reference) and each one leading to the next in a sequential progression or an upward spiral. They can also be seen as holographic in that all of these factors are included in each of the foundations.

As you can see, mindfulness is critical for awakening. It appears on both collections—the foundations and the factors for awakening. The Buddha said, “As for mindfulness, I tell, you, that is beneficial everywhere.” (Samyutta Nikaya)

(1) The body in and of itself (as it is directly experienced; nothing added, unadorned)

(2) Feelings in and of themselves

“In and of itself” suggests trying to “stay with the phenomenology of immediate experience, without slipping back into the narratives and world views that make up one’s sense of the world.” (Thanissaro, 75). Let’s take a look at these foundations in more detail in the Buddha’s words. First the body:

There is the case where a monk remains focused on the body in an of itself - ardent, alert, and mindful - putting aside greed & distress with reference to the world. And how does the monk remain focused on the body in and of itself? There is the case of where a monk - having gone to the wilderness, to the foot of a tree, or to an empty building - sits down, folding his legs crosswise, holding his body erect and setting mindfulness to the fore. Always mindful, he breathes in; mindful he breathes out. …

Furthermore, when going forward and returning, he makes himself fully alert; when looking toward and looking away … when bending and extending his limbs … when carrying his outer cloak, his upper robe and his bowl, … when eating, drinking, chewing, and savoring…when urinating and defecating … when walking, standing, sitting, falling asleep, waking up, talking, and and remaining silent, he makes himself fully alert. (Samyutta Nikaya)

We can see that mindfulness of the body is quite ordinary. With the exception of going off into the wilderness, you can do all of these things in the course of your day - breathing in, breathing out, walking, and going through the activities of daily living.

Over the centuries since the Buddha’s awakening in the development of the Buddhist religions, the figure of the Buddha has often been elevated to super-human, almost god-like, status. These descriptions above, however, make it clear that he was doing something that you and I could also do. The Buddha continues:

Here again, mindfulness is simply coming to your experience in the present moment. In the realm of feelings, you are not getting caught up in the names and stories of emotions but rather the feeling tone - is it pleasant or unpleasant (or painful as in this translation)? For the mind, you notice the presence or absence of the three fires: passion (greed, desire), aversion (hatred), or delusion (ignorance, bewilderment). The final foundation is mental qualities and here we’ll focus on just the Seven Factors:

Furthermore, the monk remains focused on the mental qualities in and of themselves with reference to the seven factors of awakening: mindfulness, analysis of qualities (discernment) persistence, rapture, serenity, concentration, and equanimity. (Samyutta Nikaya)

Here we see that mindfulness is the first and requisite factor. We must be able to hold the body, feelings, and the mind in mind. Furthermore, mindfulness is aware of the factors that encourage awakening and those that discourage it - the Five Hindrances (sensual desire, ill-will, sloth and drowsiness, restlessness and anxiety, and uncertainty). The meditator on the path to awakening feeds the factors for awakening and starves the hindrances.

I tell you, monks, that this - the in-and-out breaths - is classed as a feeling among feelings, which is why the monk on that occasion remains focused on feelings in and of themselves - ardent, alert, and mindful - putting aside greed and distress with reference to the world.” (Samyutta Nikaya)

This statement by the Buddha encapsulates the meditative method. Breathing is the body factor and, of course, feelings live in the body too and while focusing on the embodied feeling of breathing, the monk (or you and I) sets aside greed and distress. In other words, there is no storytelling, no pushing or pulling against experience.

“When one thing is practiced and pursued, ignorance is abandoned, clear knowing arises, the conceit ‘I am’ is abandoned, obsessions are uprooted, fetters are abandoned. Which one thing? Mindfulness immersed in the body.” (Anguttara Nikaya)

Here again, the Buddha emphasizes the importance of mindful awareness. This statement suggests that you don’t need to achieve rarified states of meditation in order to move towards awakening; you just need to attend to your breathing in your body - in and of itself. Such rarified states are not irrelevant, however, as described below in the factor for concentration. They arise, though, from the foundation of mindfulness of the body, feelings, and mind. This description of mindfulness is straightforward but not easy to realize because our tendency is to add things - a desire for the breath to be a certain way, an annoyance that the mind is not quiet, and the belief that “I” am the one who is meditating - that I own this experience. These additions keep us from mindfulness in the body in and of itself.

When his mindfulness is steady and without lapse, then mindfulness as a factor of awakening becomes aroused. … When he remains mindful in this way, examining, analyzing, and coming to a comprehension of that quality with discernment, then analysis of qualities as a factor for Awakening becomes aroused. In one who examines, analyzes, and comes to a comprehension of that quality with discernment, unflagging persistence is aroused. … In one whose persistence is aroused, a rapture not-of-flesh arises. For one who is enraptured, the body grows calm and the mind grows calm (serenity). For one who is at ease - his body calmed - the mind becomes concentrated. He oversees his mind thus concentrated with equanimity. (Samyutta Nikaya)

Discernment is the ability to analyze the quality of any experience to determine whether it is skillful or unskillful. Mindfulness helps to bring you into clear contact with what is happening and then discernment helps you to know if it is a good thing or not. Without discernment, we wouldn’t know whether our thoughts and actions were beneficial or harmful. It can sometimes be difficult to tell if any particular action is going to be helpful. It requires trial and error and also a commitment to paying close attention to what is happening.

This close attention also requires effort. Mindfulness and discernment are not a one shot deal. They demand attention in every moment.

These three form the basis for what can come next. Clear, mindful effort can lead to a sense of rapture. This is the sense of joy that come from those efforts. Rapture - that uprising of blissful feelings - is not an end in itself but rather a gateway to serenity. Peacefulness can descend upon you as you rest in the moment, not causing harm, not struggling to be somewhere else other than here. Like rapture, serenity is not an end in itself but leads to concentration. This is not just garden variety or mundane focus but a thoroughgoing absorption that leads to extraordinary states of consciousness, such as infinite space and infinite consciousness. These high states are not the end of the story either and if one gets stuck here, one can’t awaken.

To awaken, you must get to the next and final factor - equanimity. Equanimity is wisdom embodied - literally. You feel it through your mindfulness practice, you regard everything with an equal demeanor, without afflictive passion.

Everyday is a good day to work towards awakening. On December 8, we can join people around the world in recognizing the possibility of awakening and recommitting ourselves to living more mindfully.

Arnie Kozak is a columnist for Beliefnet. To read more from Arnie, please visit his column Mindfulness Matters. 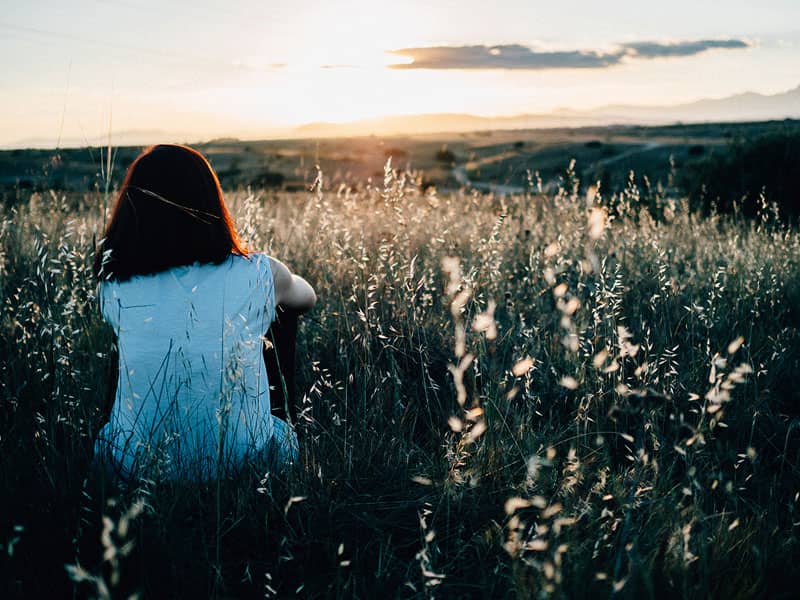 How to Cope When Father's Day is Hard

more from beliefnet and our partners
Add some inspiration to your inbox
Sign up for Beliefnet's Buddhist Wisdom newsletter.
From time to time you will also receive Special Offers from our partners
Beliefnet Editor