The Baha’is faith is the largest non-Muslim minority in Iran, and a recent Resolution condemns the human-rights violations. 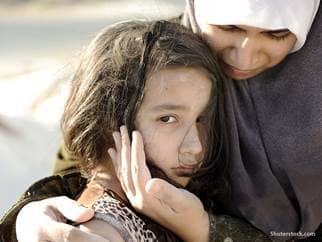 People who follow the Baha’i faith in Iran are believed to be committing heresy in Iran. According to the U.S. Baha’i Office of Public Affairs, the Baha’is are the largest non-Muslim minority in Iran.

Religious persecution against the community face torture, imprisoned, can’t hold government positions, and are not permitted to any attend college. They are also facing economic persecution where they are denied licenses for businesses.

In 2015, Baha'i stores were forced to be closed after the Baha'i holy days were observed. Earlier in the year authorities accused shop owners of breaking laws against Iran to pressure the community to refrain from observing their holy days. The Baha’is do believe in one God and unity of all the major faiths , and mankind like Judaism, Christianity and the Muslim faith—something unacceptable in Iran.

“Baha’is continue to suffer arbitrary arrest and detention. There are currently nine Baha’is who have been imprisoned for their efforts to educate Baha’i youth who are excluded from the nation’s university system due to their religion,” the U.S. Baha’i Office of Public Affairs shared in a press release regarding the U.S. Senate's Resolution 148.

The Senate Resolution 148 had strong support from both sides of the aisle. A total of 39 senators agreed to the following and condemned Iran for continual human right violations. Here are three points that were published by Congress.

• Condemns the government of Iran's state-sponsored persecution of its Baha'i minority and its continued violation of the International Covenants on Human Rights.

• Calls on the President and Secretary of State, in cooperation with responsible nations, to condemn the government of Iran's continued violation of human rights and demand the release of prisoners held solely on account of their religion.

Democratic Senator Ron Wyden co-sponsored the resolution and said that overall the persecution in Iran needs to be stopped. “The Iranian regime continues to imprison journalists and human rights defenders, restrict the rights of women, and persecute ethnic and religious minorities. America must continue to stand with the Baha’is and with all Iranians who are struggling to lead free and peaceful lives.” There was also good news from the United Nations in December.

The UN Assembly supported a resolution that calls out Iran on its record of human rights violations, frequent use of the death penalty, torture, and restricting religious freedom and expression. Representative Baha’i International Community to the United Nations offered his thoughts on the news of the resolution.

“It shows that the international community remains aware and concerned about Iran’s continued violations of the rights of its citizens in a wide range of areas, despite government rhetoric to the contrary and its promises to improve.”

There have been over 800 Baha’is arrested since 2005 as Iranian official raid homes and businesses looking for items deemed as illegal, the Baha’i International Community explained.