yesHEis App Expected to Launch in the US 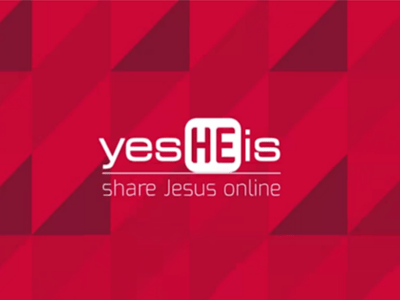 The yesHEis app, shortened to yHi, provides the most ‘sharable’ content, from videos to faith messages, to help Christians share the gospel online. The free tool covers topics that range from light, entertaining themes to deep, philosophical and theological issues. The platform’s use in other nations has resulted in more than 232,000 people sharing their faith online, with 9 million views of the app and 26,000 responses.

Christian Vision (CV) hopes that the U.S. audience will gravitate strongly towards the app, and continue to build and spread the Christian faith through social media. Nathan Spicer, a manager of the app, expressed his excitement for the U.S. launch.

“We are excited about launching yesHEis in the U.S., knowing American Christians will seize the opportunity to share the content with their friends online,” Spicer said. “Recognizing that America is increasingly as much of a mission field as the rest of the world, we want to provide tools and resources to equip Christians there to join us in our vision to reach a billion people with the Gospel.”

As this year’s title sponsors for the NRB convention, CV is expected to share more details about the app and available content for those interested in sharing their faith online. Lord Edmiston, founder of CV, explained the ministry’s decision to launch its U.S. platform at the 2015 convention.

“NRB is the largest and most prestigious event where Christian media professionals gather not just from the U.S. but from all over the world,” he said. “It is natural that we would want to launch yesHEis to such an audience and at such a venue.”

The yesHEis app is currently available in 10 different languages and can be downloaded on iPhone and Android.