What Does God Really Think About Women? 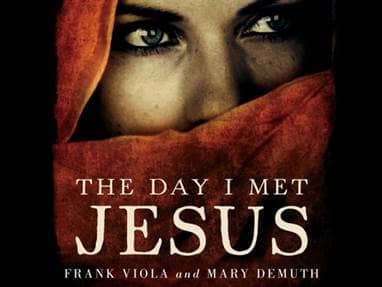 "And THE WOMEN also, which came with Him from Galilee, followed after, and beheld the tomb, and how His body was laid."
Luke 23:55
"These all continued with one accord in prayer and supplication, with THE WOMEN and Mary the mother of Jesus, and with His brethren."
Acts 1:14

Let’s take a trip back to ancient Israel and look at how women were viewed before Jesus came. Generally speaking, the Jews had a dim view of women. Jewish women were not allowed to receive an education. Hence, they were largely uneducated. Their only training was in how to raise children and keep house.

Women were also largely excluded from worshiping God. In Herod’s temple, there was a special court that stood on the very outside. It was called the court of the Gentiles. The Gentiles could go into that court, but they were limited to that area alone.

Jewish women were to be seen as little as possible in public. In fact, young men were warned about talking to women in public. So much so that it was a shame in ancient Israel for a man to talk to a woman in public. Consequently, most women stayed out of the streets.

Women were regarded as inferior to men. They were regarded as property just like cattle and slaves. Jewish males prayed a daily prayer of thanksgiving. This prayer shows how poorly the Jews looked upon women. It goes like this:

This was man’s view of a woman in first-century Israel. It was not much better in other cultures. In fact, ever since the Fall of humanity, women have been regarded as second-class citizens—inferior to men. But something happened that changed all that. 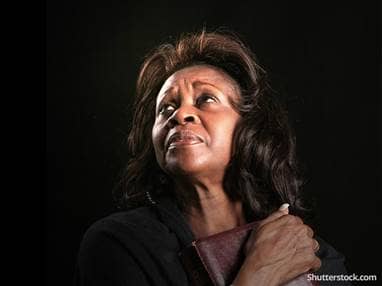 Jesus Christ is God made flesh. As such, He embodies all of God’s opinions. In His earthly life, Jesus was the visible expression of God Himself. By His actions and His words, we discover God’s view of a woman. And that view was utterly contrary to the prevailing view of His day.

Consider this. When God decided to make His entrance upon this planet, He visited a woman. He chose a woman to bring forth the Eternal Son, the Messiah—the Anointed One for whom Israel had waited thousands of years.

The life of God was first placed in the womb of a woman before it got to you and to me. And God was not ashamed.

Sisters in Christ, this is your Lord’s view of a woman. Take your high place.

But that’s not all. As Jesus ministered, He ripped down all social conventions that were pitted against women. On one occasion, He rose to the defense of a woman caught in adultery. He became her attorney and saved her life. And God was not ashamed.

Jesus was noted for palling around with sinners. He supped with prostitutes and tax collectors. We are told in John Chapter 4 that He met a woman, and He did something that shocked the disciples.

He talked to her in public.

And He was not ashamed.

Your Lord talked to this divorced, adulterous, Samaritan woman in public, and He forgave her of her sins. And He was not ashamed.
Sisters, take your high place. This is God’s view of a woman.

But that’s not all. Jesus Christ had a custom of using women in His parables and making them heroes. He talked about the woman who searched and found her lost coin. He spoke of the woman who was unrelenting in the presence of the unjust judge who honored her for her persistence. He spoke of the widow who dropped all the money she had into the temple treasury and praised her for doing so. And He was not ashamed.

Once Jesus was dining with a self-righteous Pharisee. And in walked a woman. But this was not just any woman. She was a woman of the streets—a prostitute. Upon seeing the Lord, she dropped down to her knees and did something unsettling.

In the presence of Pharisees, this woman unbound her hair and poured costly perfume upon the feet of our Lord. This unclean woman touched Jesus Christ in public. She wept, washed His feet with her tears, and dried them with her hair.

This scandalous and improper act mortified the self-righteous Pharisees. At that moment, these religious leaders lost all respect for Jesus and doubted that He was a true prophet. But your Lord was not ashamed.

In the Lord’s last hours on this earth, He stayed in a small village called Bethany. It was there that He would spend His last days before He gave His life on Calvary. In Bethany, two women whom Jesus loved had their home: Mary and Martha. They were His friends, and they received Him. And He was not ashamed.

When Luke writes his Gospel, he refers to the twelve disciples with the shorthand phrase the Twelve. The Twelve lived with the Lord for three-and-a-half years. And they followed Him everywhere.

But Jesus also had a group of female disciples. Luke also used a shorthand phrase to refer to them. He simply called them the Women (Luke 23:55; Acts 1:14). Interestingly, Luke used this phrase the same way that he used the Twelve. They were the Lord’s disciples also—the female counterpart to the Twelve. The Women followed the Lord wherever He went, and they tended to His needs. And He was not ashamed.

But there’s more. The greatest disciples of Jesus Christ were not the Twelve. They were the Women. The reason? Because they were more faithful.

When Jesus Christ was taken to die, the Twelve fled. They checked out. All the disciples (except John) said, “See ya!” But the Women stayed with Him. They didn’t leave.

They followed Him up to Calvary to do what they had been doing all along—comforting Him, taking care of Him, tending to His needs. And they watched Him undergo a bloody, gory crucifixion that lasted six long hours.

To watch a man die a hideous and horrible death is something that goes against every fiber that lives inside of a woman. Yet they would not leave Him. They stayed the entire time. And He was not ashamed.

And when He rose again from the dead, the first faces He met—the first eyes that were laid upon Him—were the eyes of women. And it was to them that He gave the privilege of announcing His resurrection, even though their testimony wouldn’t hold up in court. And He was not ashamed.

On the day of Pentecost, the Women were present in the upper room, waiting for Him to return, along with the Twelve.

Unlike His male disciples, the Women never left Him. They followed Him to the end. Their passion for and dedication to Jesus outshined that of the men. And God was not ashamed.

It was the Women who cared for Him up until the bitter end as well as the glorious climax. Not the men. The Women were simply indispensable to Him. And He was not ashamed.

But beyond all these wonderful things that the Lord did in showing us how beautiful women are in His eyes, He did something else. He chose you—a woman to depict that which He came to earth to die for—His very Bride. And He is not ashamed.

Sisters, rise to your high place. This is God’s view of a woman. 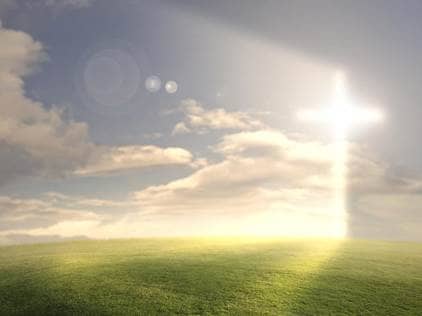 You are His friends, His followers, His daughters, yea, His own kin.

This article is a supplement to the new book The Day I Met Jesus: The Revealing Diaries of Five Women from the Gospels by Mary DeMuth and Frank Viola.