U.N. Special Envoy Laurie Cardoza-Moore for the Middle East said Christians need to stand up and be counted as the state of Israel is under assault. 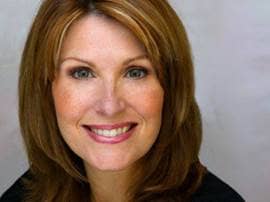 U.N. Special Envoy Laurie Cardoza-Moore for the Middle East said Christians need to stand up and be counted as the state of Israel is under assault, even from the American government.

An expert on Jewish-Christian relationships, Cardoza-Moore was appointed by the World Council of Independent Christian Churches in 2011 to combat anti-Israel policies. Also, the founder of Proclaiming Justice To The Nations reminds believers of their “Biblical responsibility to stand with their Jewish brethren and to defend the State of Israel against the ‘new’ anti-Semitism.”

“The anti-Semitism we saw with the rise of Hitler in Nazi Germany was anti-Jewish. The new anti-Semitism that we are witnessing today is not just anti-Jewish, but now it’s anti-Israel or anti-Zionist as well. We can see this reflected in one of the biggest movements of the younger generations (colleges and universities), even in business and nations,” said Cardoza-Moore.

One of the fastest global movements is the Boycott, Divestment and Sanctions campaign against Israel until it complies with Palestinian rights and International law. Launched in 2005, the organization demands that Israel ends occupation of all Arab lands taken in 1967 after the war, and that Israel dismantle “The Wall” separating lands. These were war-time gains after the country was attacked by all her Arab neighbors.

BDS boycotts companies that invest in Israeli companies and banks using pensions and portfolios. The usage of apartheid is widespread on the BDS website, however. The apartheid was a racist political policy in South Africa and people were segregated by race, gender, or class. This is not the the case with Israel.

“For decades, Israel has denied Palestinians their fundamental rights of freedom, equality, and self-determination through ethnic cleansing, colonization, racial discrimination, and military occupation,” BDS claims. “This can have the same impact as the anti-war movement had during the 1970s,” said Cardoza-Moore. “The new anti-Semitism goal is the same when we saw it come to power in Nazi Germany. The goal is to demoralize and to devalue Israel. The ultimate goal is to annihilate the Jewish people.”

President Obama gave legitimacy to the BDS movement when he boycotted Israeli Prime Minister Benjamin Netanyahu when he spoke to Congress before Israeli elections, she added. "It’s very disturbing she said, especially coming out of the United States of America. Our goal is to push back and be back in the opposition’s face about how this is purely anti-Semitic… As Christians we read the book, we know the outcome and we should be standing even bolder because of this. We do know in the end that God is going to win and his kingdom will come and the enemies of Israel will be destroyed. The church will be used in that battle.”