Thou Shall Not Commit Adultery: The Rise and Fall of Ashley Madison

Marriage is considered to be a sacred relationship however with the recent events in connection to the Ashley Madison affairs, it’s been revealed that many are not viewing marriage to be as concrete and structured as it once was. 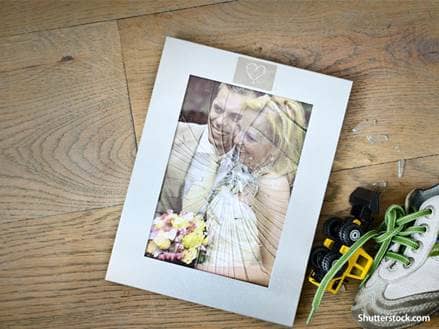 With the recent Ashley Madison hackings that have surfaced many relationships are left in shambles. Marriage is viewed as more than a relationship. Within every marriage is an oath that bounds couples together for life. Vows state in sickness and in health and until death do us part – nowhere does it mention or condone extramarital relations. Marriage is considered to be a sacred relationship however with the recent events in connection to the Ashley Madison affairs, it’s been revealed that many are not viewing marriage to be as concrete and structured as it once was.

Instead, adultery has invaded many homes across the United States and families are left trying to pick up the pieces of once was. The Old Testament states that adultery is understood as sexual relations between a married woman and a man other her husband. Therefore, the act of adultery is considered as a sin. In the New Testament Jesus extends the definition of adultery to include sexual relations between a married man and a woman other than his wife – this is seen in Mark 10:11 -12 and Luke 16:18.

Adultery is one of the most frequent and severely condemned sins in the Bible. To include the Ten Commandments, all four Gospels, and ten other books of the Bible, adultery is mentioned 52 times. Only the sins of idolatry, self righteousness and murder are mentioned more often. Yet, proposed Christians around the world are committing this horrible sin and not showing any true remorse. The act of adultery not only hurts a couple’s relationship but it also harms the families associated within that relationship. Those involved in the Ashley Madison scandals should feel a great deal of hurt and shame because they have contributed to the demise and heartache of their family members.

Many Christians are left with the question of divorce and must wonder if they’re allowed to separate from their spouse or if that will also be deemed a sin. The Bible mentions adultery as grounds for divorce in Matthew 5:31 – 32, 19:9 but also emphasizes that divorce is not something that is necessary. While adultery is a difficult action to deal with it, in many cases husband and wife are able to reconcile their marriage. Many believe that the act of reconciling a marriage is sinful however it is not. God will forgive the sin of adultery if a person sincerely repents and also forgives others.

While forgiveness can be granted by God, the damage of adultery cannot often be undone. A serious level of trust is broken when adultery enters a marriage. In most cases, it leaves the partners disillusioned, emotionally and financially poor, and broken. It’s common for a spouse to doubt themselves and self mutilate themselves physically and emotionally because, even though they didn’t cheat, they still feel like they could have prevented the horrific events from happening. Many children will grow up feeling robbed and betrayed because the picture of what a family should be is now jaded and skewed. Their role model has failed and is no longer viewed as a strong figure to model their future after.

The Ashley Madison organization reportedly has a net worth of $100 million. It’s pathetic and extremely shameful that human beings have made money off of the scandalous and sinful relations. While many are still in shock over the unfolding details, it’s safe to say that the adulterous acts that power the Ashley Madison business have hit rock bottom in more ways than one.