The Urgent Need for Deeper Christians

Richard Foster wrote, "The desperate need today is not for a greater number of intelligent people, or gifted people, but for deep people." 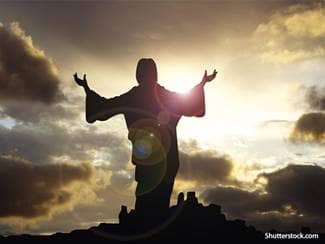 Richard Foster wrote, "The desperate need today is not for a greater number of intelligent people, or gifted people, but for deep people." I remember when I was in my early 20s. The Lord had captured my heart to the point where I was hungry and thirsty to know Him and everything about Him and the Scriptures. This set me on an odyssey of visiting countless churches, para-church organizations, Bible studies, and college campus groups. I distinctly remember feeling that what I kept seeing was so very shallow. I knew, instinctively, there had to be something more . . . something deeper. I call it "the deeper journey" and I'm thrilled that so many Christians are on that journey today . . . even though the state of Christianity is more shallow and surface than it was when I began my search. "Deep calls to deep in the roar of your waterfalls; all your waves and breakers have swept over me." Psalm 42:7 The writer of Hebrews exhorts Christians to leave the milk and move on to the meat of God's Word. A.W. Tozer said that the average church of his day was a nursery for spiritual babes. In my surveys to Christians in their 20s, 30s, and 40s who read my books, here's what they are crying out for:

*We are sickened that so many evangelical Christians are either legalists or libertines (see Chapter 10). We want Christ’s lordship and we want His liberty as well. We wish to follow Jesus without being legalistic or libertine.

*We hold to the orthodox teachings of Scripture regarding the Person of Christ, His work on the cross, the inspiration and truth of the Bible, the Triune nature of God (the Godhead), but we are weary of Christians dividing over peripheral doctrines and their own private interpretations of Scripture on non-essentials. We passionately agree with Augustine’s sentiment: “In essentials unity, in non-essentials liberty, in all things charity.”

*We’ve grown weary of the way that Christians routinely mistreat their fellow brothers and sisters in Christ, being quick to judge their motives, thinking the worst of them, condemning them, slandering them, gossiping about them, etc. We believe that being a Christian means treating others the same way you want to be treated (Matt. 7:12)—the forgotten words of Jesus (see Chapter 20). With deep remorse, we empathize with the words of Gandhi: “If it weren’t for the Christians, I’d be a Christian.” ]

*We’ve grown tired of the shallowness that marks so much of evangelical Christianity today. The same sermons, the same principles, the same teachings, etc. We are looking for depth in the Christian life. We know there’s more to Jesus Christ, more to His church, and more to the spiritual life than what’s been promoted in establishment Christianity. There is a cry in our hearts that says, “There’s got to be more than this.”

*We are saddened that the doers, feelers, and thinkers of the body of Christ have separated and isolated themselves from one another instead of learning from each other.

*We’ve grown sick of the entertainment-driven, duty-driven, guilt-driven message that’s laced in most Christian sermons and books today. Human-induced guilt and the conviction of the Holy Spirit are two very different things.

*We are tired of the tendency of some Christians to elevate certain sins that others commit while minimizing or justifying their own sins.

*We’ve grown tired of Christian leaders attacking and competing with one another, instead of networking together and supporting one another.

*We’re weary of the “good ole’ boy system” that’s present in much of establishment Christianity today because it ends up elevating and protecting the status quo and silencing the voices of the prophets.

* We’ve grown sick of Christians saying nasty things about their fellow brethren (whom they don’t know personally) on social media networks, and then justifying it in the name of God.

*We are saddened that so many Christians will believe what they hear about other believers second or third-hand, instead of going to those believers themselves and simply asking them questions in good faith.

*We’ve grown weary of some Christians falsely branding their fellow sisters and brothers in Christ with the words “heretic” and “apostate” when those same believers actually uphold the orthodox creeds of the faith.

*We’ve grown tired of Christians trying to rope us into the liberal vs. conservative battles of the 19th and early 20th centuries.

*We abhor elitism and sectarianism. We are open to all Christians of all stripes, receiving all whom Christ has received (Rom. 15:7).

* We stand for the unity of the Body of Christ. At the same time, we fiercely and passionately stand firm on our convictions regarding the absolute and unvarnished supremacy of Jesus, His indwelling life, God’s timeless purpose, and the church as a Christ-centered community.

*We want the Lord. We want spiritual depth and reality. We want HIM in all of His fullness. Everything else is secondary to us, and often, we find them to be largely a distraction. In a day of shallow, superficial, celebrity-driven, milk-infused Christianity, a growing army of Christians are resonating with these confessions and are delving into the deeper things of God. Watching this blesses me to no end.

Are you interested in connecting with others on "the deeper journey?" Check out The Deeper Christian Life Network.

Frank Viola has written many books on topics of deepening your relationship with Jesus Christ, including God's Favorite Place on Earth and From Eternity to Here. His blog, Beyond Evangelical, is rated as one of the most popular in Christian circles today.