The Sexually Abused Women in the Line of Christ

Pope Francis recently put to rest any suspicion that he might mince words in addressing the sexual abuse scandal confronting the Catholic Church. 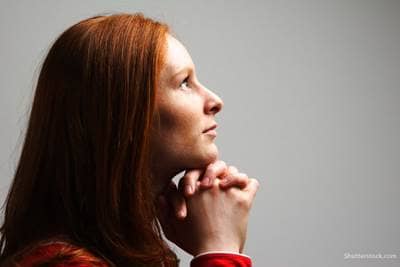 Pope Francis recently put to rest any suspicion that he might mince words in addressing the sexual abuse scandal confronting the Catholic Church.

During a an extraordinary Monday morning Mass, at Rome’s St. Martha’s Church, Pope Francis apologized directly to victims of sexual abuse, who were on hand for the occasion. The Pope said, “I express my sorrow for the sins and grave crimes of clerical sexual abuse committed against you.” He also referred to “the sins of omission on the part of Church leaders.”

The Pope’s words could hardly be more forthright. What might have been hushed was clearly broadcast in open air. No doubt the Pope prayed earnestly about his remarks, and perhaps he even took inspiration from how the Bible reveals such matters.

Nothing is hidden, which the Bible reveals, including the names of the sexually abused. In the very first chapter of Matthew’s Gospel, a rather long list of names appears. The list is prefaced with these words: “A record of the genealogy of Jesus Christ the son of David, the son of Abraham.”

The vast majority of the names are men, with a few women sprinkled in. Of course, Mary, the mother of Jesus, makes the list, along with Ruth. In addition to these two, there are three less virtuous souls.

Perhaps the most notable of all is Rahab, the heroine-harlot of the Bible. Rahab not only makes Matthew’s genealogy, her name is listed among the great people of faith found in book of Hebrews. There, alongside names like Moses, Abraham, Isaac, and Jacob, the name Rahab resides.

Rahab was a well-known prostitute, working in the city of Jericho before its fall to the Israelites. One must be sober regarding this fact: There is no such thing as a prostitute who is not sexually abused. It is a torturous, spiritually imploding kind of life, harmful in every way.

The story of Rahab is told in the book of Joshua. Jericho, with its mighty walls, was destined to fall as Joshua’s two spies entered to scope out the city. The spies were drawn to Rahab’s flat, which was built upon the wall.

Rahab aided the spies. She hid them. She lied for them. At their request, Rahab hung a scarlet cord in her window as a sign of her faith in their protection.

What did Rahab see in the eyes of the spies that she had never seen in the eyes of other men? She saw something. She knew men, but not men like these. Faith marked Rehab, not her trade.

The true worth of a prostitute, the worth of the sexually abused—what is it? That’s the hope filled question, which emerges from this astonishing linage of Jesus Christ.

In the company of Rahab, Tamar also appears. Tamar was a Gentile who married Er, the eldest son of Judah. When Er died, the second son of Judah took Er’s place. It was the custom, part of the Levitical law.

In time the second son also died. Judah’s third son, Shelah, was too young to marry his childless sister-in-law, Tamar. Judah promised Tamar that Shelah, too, would marry her, one day. That day never came; the promise was broken.

To cut the story far short, Tamar ended up posing as a harlot and seducing her father-in-law, who mistook her for a shrine prostitute. Judah was ever so willing to pay the price--a staff, a goat, and more.

This was an incestuous affair. According to Levitical law they both should have been stoned. They were not. Instead, twin boys named Perez and Zerah were born. The line leading to Christ carried on.

The third sexually abused on the list is Bathsheba. Matthew identifies her as “Uriah’s wife.”

Space here does not allow for the teasing out of David and Bathsheba’s tale. Compelling and riveting the story reads. A beautiful woman bathing in full view Israel’s King David, with only a few hundred feet separating them. Culpable, the pair, but one must ask, where did the power lie?

Jerusalem did not sprawl, as the mind might imagine; the capitol covered less than twenty acres. Like bunched blocks of cheese, ancient structures and dwellings butted together. Everyone was close to everyone via archways and corridors.

Human desire and impulse are strong. Walls and gates did not keep David and Bathsheba apart. A tragic tale it clearly is, yet woven seamlessly into the Good News narrative of Jesus Christ.

So what’s to conclude? Much. Rahab, Tamar, and Bathsheba, the three sexually abused characters recorded in the line of Christ. They speak of worth, human worth, offering hope to everyone, and especially the sexually abused.