The Power of the Intercessory Prayer 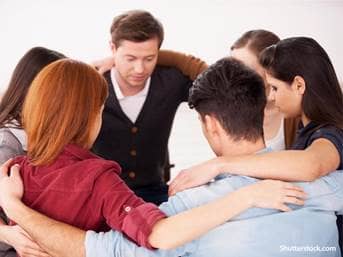 Have you ever sensed something was wrong and got up in the middle of the night to pray only to find out someone was in need of help during that time?

They use intercessory prayer to fight off attacks on people, the heavens and attacks on the body of Christ—enemies are included.

Prayer changes things in our lives and in the lives of others as well. Intercession is going to the throne of God and pleading for the needs of others. This is a battle.

Prayer and the word of God are tools? Yes.

Think of it a battle plan, but like any plan or battle, it is serious. What do we do? We are armed to the teeth for battle. The entire armor of God and this is active, not passive. It does not give up. This is what if you are a prayer warrior that you are clean from sin, and strong enough to withstand the battle that can be ongoing for seasons.

We don’t need to be perfect, but we can be available and sensitive to the Holy Spirit. We get involved in God’s plan when we pray without ceasing.

“We never know how God will answer our prayers, but we can expect that He will get us involved in His plan for the answer. If we are true intercessors, we must be ready to take part in God’s work on behalf of the people for whom we pray.”

Intercessory prayer binds Satan in breaking strongholds. It is shining a light in the darkness, even though most of the time we can’t see it or feel it. There is power in taking authority and using faith to pieces darkness. How are we qualified to do this? It is through Jesus Christ! He took to keys and defeated the devil at Calvary.

We are saved by His power-- we are saved and can conquer the world through him. Prayer is the way to do it. Jesus said:

"I have given you authority to trample on snakes and scorpions and to overcome all the power of the enemy--nothing will harm you.”

This means your community, nation and the world, now that is pretty powerful. Stand on this statement from Christ. “I will give you the keys of the kingdom. Whatever you bind on earth will be bound in heaven, and whatever you loose on earth will be loosed in heaven.” Remember who the real enemy is, the devil. He works to distort the truth, tempt you, and accuse you of not being worthy or strong enough.

Recognize the lies ahead of time so that you may stand. Besides Jesus, Moses prayed for his people and God moved:

“Now the people became like those who complain of adversity in the hearing of the LORD--and when the LORD heard it, His anger was kindled, and the fire of the LORD burned among them and consumed some of the outskirts of the camp. The people therefore cried out to Moses, and Moses prayed to the LORD and the fire died out.”

Learn to pray the word of God. Declare it and speak it during prayer time. This will help you resist the temptations, or any fire that comes against you during intercessory prayer. Guard the mind and the heart. Look for a prayer partner to prayer with. There is power in two. “Therefore, confess your sins to one another, and pray for one another so that you may be healed--the effective prayer of a righteous man can accomplish much.”

We are instructed to not forget prayer and to be on guard with earnest to intercede for others. Paul instructed us to devote ourselves in prayer in Colossians.

“Devote yourselves to prayer, keeping alert in it with an attitude of thanksgiving--praying at the same time for us as well, that God will open up to us a door for the word, so that we may speak forth the mystery of Christ, for which I have also been imprisoned.”