The Map of Heaven

Part metaphysical and scientific detective story, part manual for living, The Map of Heaven, explores humankind's spiritual history, showing how we forgot, and are now at last remembering, who we really are and what our destiny truly is. 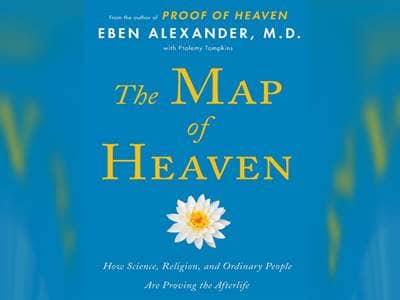 The Gift of Hope

The inner world has its clouds and rains, but of a different kind. Its skies and suns are of a different kind. This is made apparent only to the refined ones: those who are not deceived by the seeming completeness of the ordinary world.
—JALAL AL-DIN RUMI, TWELFTH-CENTURY PERSIAN MYSTIC

As human beings we are creatures of time. We live in time as fish live in water, so immersed in it that we scarcely notice it, save at the more superficial levels, where we are, of course, slaves to it. Yes, we know we are late for a meeting, but we don’t know, or stop to truly grasp, that thought itself cannot unfold without a time element. Nor speech, nor human interaction, nor anything else. The world as we experience it now is built from time, in combination with space. This truth is not lessened by the fact that, from the perspective of the dimensions above this one, linear time reveals itself as an illusion,
just as everyday Euclidean space does as well.

Because on earth we live and act within the element of linear time, a world without a future to look forward to seems like an awful one. Think back to when you were a teenager— to those years when it seemed like new experiences were never going to stop. If you’re like a lot of people, you might have
noticed that at a certain point those experiences stopped arriving at quite so fast and furious a rate. Perhaps, you might have thought, the time of real growth and change was done.

Before my NDE, I had those thoughts myself. The thrill of living wasn’t gone, exactly. I loved my family and my work, and there were certainly still many challenges and adventures lying ahead that I was looking forward to. But all the same, something—a kind of inner feeling of expansion, of genuine
newness coming at me fast—had stopped. There were only going to be so many more new experiences. And they wouldn’t be new—stunningly, electrifyingly new—as they once had been. I knew the limits of the world. I would never step out of another open plane door at twenty-eight hundred feet for the
first time. Never feel the new rushing at me like that. I had, in short, lost hope, for that is what hope is: a sense that something truly good and truly new is on the way, right now.

Then something new happened.

You might say that my life re-blossomed. Countless poems tell us that in life we are like flowers, blossoming like they do, but fading and dying as they do as well. We grow and flower in youth, shine for a brief passing moment with the perfection of beauty and youth and life . . . and then fade and die.

Or do we? Just as flowers symbolize the apparent tragedy and transience of life, they also symbolize what lies behind that apparent transience. Everything in life has a heavenly component, but some things are more heavenly than others, and by this scale the flower is right at the top. Dante closed the Divine Comedy with a description of the Empyrean, the highest heaven in his cosmology, as a white rose. The Buddha likened consciousness to the lotus, a water flower that rises from the mud and murk down at the bottom of a pond and blooms on the water’s surface miraculously clean and white. The Buddha’s most famous sermon was one in which he said nothing, but held up a flower.

Human beings have, since deep in prehistory, used flowers to mark our key human moments. Flowers are present at beginnings (births, graduations, weddings), and also at endings (funerals). We use them at these “punctuation” times, because in times past people knew that the most crucial thing to remember at such times is the reality of the worlds above. Like us, flowers are rooted in the earth. But they remember where they came from, following the sun across the sky each day. But most important of all, flowers burst into bloom. That bursting is perhaps the most perfect earthly symbol of the completeness for which all of us yearn, and which comes into full existence only in the dimensions beyond this one.

“The Map of Heaven” is published by Simon & Schuster. It is available for purchase here.

Dr. Eben Alexander is the author of the #1 New York Times bestseller, Proof of Heaven. Ptolemy Tompkins is the author of The Modern Book of the Dead, The Divine Life of Animals, and Paradise Fever.