The Intelligent Creation of Life

For millennia science and religion have sought to produce answers that might explain the creation and proliferation of life across our world. 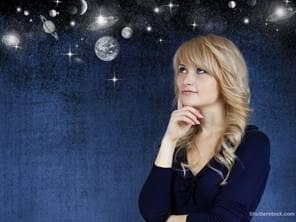 A God expressed in scientific terms. For millennia science and religion have sought to produce answers that might explain the creation and proliferation of life across our world. Traditionally, the theories produced by both establishments have been kept separate, pitted against the other in the belief that only one can ultimately be correct.

In The Intelligent Creation of Life, author Adam Mann writes to reconcile the two sides of this profound debate, using his twenty years of rigorous research to argue that existence is too clearly designed and complex for it to have just come about by a random chance and that an intelligent creator must be responsible for its origination and progression. Mann begins by tracing life’s development from before the existence of the first cell, right through to the advancements attributed to Darwinian evolution, such as the rise of multi-cellular creatures. He then ex-amines the advent of the modern human being and the stark differences between us and other living organisms.

He looks at the future of activity on Earth and the dangers it faces if current attitudes toward our changing climate and mass destruction of our precious resources do not change soon. Mann demands that more awareness be paid to the catastrophic damage currently being wrought against the planet and the disastrous effects it will have, not only on those in the distant future, but on generations over the next few decades. The Intelligent Creation of Life by Adam Mann raises foundational questions about the core theories on the beginning of humans and the role played by an intelligent designer in the process.

Passionate and searching and written with the desire of exacting change on the climate change debate, the book will inspire and reinforce to readers just how precious life is. The Intelligent Creation of Life is a deeply researched investigation, supported by vibrant images which aid the author’s narrative, into where we come from and where we are going that will fascinate those looking for answers to life’s greatest — and most difficult — question. What are we to make of all of this? Could the myriad of developments that occurred in the blink of an eye possibly be proposed as the consequence of yet another random occurrence?

Start: If that concept is rejected then it would seem that the only alternative is that this, development in the human story, along with everything that lead to it, is a direct result of Intelligent Design, In-tervention processes at the behest of an Intelligent Creator. Furthermore, where are the unique factors that define humans to be found? If they do not derive from the physical elements of the human body then where? There are numbers of ways of try and define certainty. The one that can be used here is the statis-tical one. The likelihood whether the events discussed previously could have occurred as a con-sequence of a random series of events.

As we discussed previously in relation to consciousness we can endlessly play on words to try and define likelihood and probability. Rather it is better to use some examples. If we toss five coins in the air simultaneously they will varyingly land heads up and heads down.

If we toss the five coins simultaneously a million times it is likely that all five will land heads up at the same time on a significant number of occasions. The more coins we toss a million times the less likely it is that they will all land heads up at the same time. There are many permutations which could be applied to the concept of random occurrences in relation to what we are considering here. Conventional creation arguments have it that the num-ber of random chemical interactions that might have occurred on the early earth over the long time periods involved make it inevitable that the First Life occurred.

It is technically a feasible argument and it would be foolish to seek to deny this possibility in isolation. Conventional arguments have it that subsequent occurrences of different life forms also fall into the “consequence” of statistics combined with concepts of Darwin Evolution. It is for you the reader to consider whether the possibility of such occurrences moves away from the possibility of a reasoned technical argument, to a concept that is so completely distant from that, as to be completely infeasible.

In considering this you may also wish to have regard to the various other factors that we have discussed. If you conclude that your presence here could not have been a consequence of the random events proposed then there seems to be only one alternative conclusion. Life and the occurrence of SEHBs is a direct consequence Intelligent Creation, consequent upon an Intelligent Design process.

There is an Intelligent Creator!

Adam Mann lives in the UK and works extensively as a forensic investigator. He has spent over twenty years researching the material for this book, his first published non-fiction. The Intelligent Creation of Life (published by Clink Street Publishing RRP) is available 15 September 2015 at retailers including Amazon.com and can be ordered from all good bookstores.