The Exodus in Post-Colonial Feminist Perspective

The Exodus story, remembered at Passover and Easter, recounts the liberation of the Israelites under Moses from slavery in Egypt. 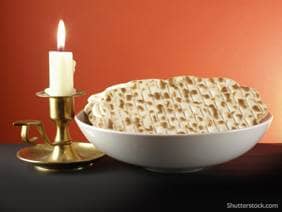 The Exodus story, remembered at Passover and Easter, recounts the liberation of the Israelites under Moses from slavery in Egypt. From the Pentateuch to the Prophets, in both the Psalms and the Christian scriptures, the Exodus is remembered as an act of God’s “steadfast” love (Exodus 15:13). Egypt, in turn, is depicted as a sweat shop, for brick-making (1:13-14) , where Hebrew slaves are degraded by beatings and hard labor.

Given the harrowing portrait of Egypt, it is natural to sympathize with the Israelites here—(or the Hebrews as they are more often called). Theologically, however, some are troubled by the war-like themes of this sacred story. It may seem that God (Yahweh) plays favorites, slaughtering the Egyptians while saving the Israelites—forsaking universal justice. This article offers brief post-colonial and feminist insights into the Exodus story, while addressing this theological scruple. I will discuss the following topics, in turn: “Post-Colonial Feminist Insights,” “Violence,” “Post-Colonial Criticism,” “Bi-Cultural Moses,” “Feminist Theory,” and “Women Saving Lives.” The “Conclusion” will offer a vantage point for appreciating the artistry of the Exodus story while side-stepping the theological conundrum described above.

Post-Colonial Feminist Insights: Wars, liberation struggles, and racial or cultural strife all presuppose the existence of clear identity-groups. Heroes fight against enemies, “we” against “them.” Post-colonial criticism makes use of “empire,” as an optic, noting that, within empires, identities are not unmixed or homogenous but rather mixed and hybrid. The identity of Moses is mixed. A Hebrew (son of a Levite, 2:1-2), adopted by the Pharaoh’s daughter (2:5-10), he grew up amidst the Egyptian court, though nursed by his own Hebrew mother (2:7-9). Moses is Bi-cultural.

As I will suggest, the Exodus narrative does not favor the Hebrews, uniformly, over against the Egyptians. Instead, the “heroes”, whether they be Egyptian or Hebrew, are distinguished by their life-saving deeds. The Egyptian Pharaoh’s daughter is clearly a “hero,” for instance. She cooperates with the life-saving efforts of both the god-fearing Hebrew midwives (1:7) and the mother (2:2-3, 8) and sister of Moses (2:4, 7). Feminist analysis explicates the roles of women in the story, who cooperate across lines of national and socio-economic difference. These women include Miriam and her musical band (15:20-21), the mother of Moses (2:1-3), the god-fearing Hebrew midwives, Shiphrah and Puah (1:15-21), an unnamed sister of Moses (2:4,7), a Hebrew nurse who is actually Moses’ mother (2:7-8), and Pharaoh’s daughter (2:5-10).

Violence The God of the Exodus is portrayed, at times, like a warrior god. To make safe passage for his people, out of Egypt, the Lord dries up the Red Sea, drowning the Egyptian pursuers. Miriam, the prophet, celebrates: “Sing to the Lord, for he has triumphed gloriously, horse and rider he has thrown into the sea.’” (15:21) God’s saving deed of the Exodus is inextricably linked to the specter of “Egyptians dead on the seashore”(14:30) : “Thus the Lord saved Israel that day from the Egyptians; and Israel saw the Egyptians dead on the seashore.” The liberator God enforces Right by Might.

Post-Colonial Criticism: According to post-colonial theory, empires often make use of “ruling elites,” among native of subjugated populations. In colonial Africa, empires (England, France, Germany, Holland) provided a European education to an elite among native Africans. Such education created a dual allegiance. Elites owed their privilege to their European imperial conquerors, while they remained loyal to their native cultures. Empires rule not only by military but also by psychological force. Some elites, under colonial empires, become alienated from their own native identity. Jews in European culture, who “passed” as Christians, sometimes felt the negative stigma of the maligned stereotypes projected onto them. Minorities in the USA struggle similarly. Post-colonial criticism examines, too, how culture (literature, art, speech-habits, dress, cuisine, architecture, etc.) is deployed, by subjugated peoples within empires, in a double-edged manner, as a means subtly to conciliate or to resist despotic regimes.

Bi-Cultural Moses: The opening of Exodus indicates that the Israelites have been in Egypt for generations. Joseph, the son of Jacob, had been sold into slavery in Egypt. (1:8): “Now a new king arose over Egypt, who did not know Joseph.” Joseph, while a slave in Egypt, had negotiated with the imperial regime a peaceful settlement, having been made governor over lands. Joseph may be viewed, through a post-colonial lens as an imperial “elite,” recruited from a subjugated population (the Hebrews), in order to assist the Egyptian empire in its sovereignty. Pharaoh declares, “See I have set you over all the land of Egypt” (Gen 41: 41) and “only with regard to the throne will I be greater than you.” (41:40b). Indeed, Joseph himself, at one point, during a famine, enslaves the people in service to the Egyptian regime (47:21). An imperial regime rarely completely trusts the loyalties of a subjugated people. Once a new King arises, and Joseph has died, the political settlement, that Joseph has negotiated, becomes tenuous. The new King over Egypt worries (Exodus 1:9-10) that the Israelites will rebel, as traitors aiding and abetting the Pharaoh’s enemies. Against this background, the King decides to have firstborn Israelites killed. The Hebrew midwives, Shiphrah and Puah, defy this order (1:15-21). The mother of Moses, in turn, hides the child Moses at the river (2: 1-3). The daughter of the Pharaoh, bathing at the river, adopts Moses. She depends on a Hebrew nurse (who is, actually, the mother of Moses 2:7-8) for help in rearing him.

An unnamed sister of Moses negotiates this domestic arrangement. (2:4-10) Just as Joseph had a hybrid identity – both among the subjugated and as subjugator, Jew and Egyptian, ruled over and ruler—so Moses, although a Hebrew, is raised in a bicultural manner, at once by the Pharaoh’s daughter, at the Egyptian court, and by his own Hebrew mother. Indeed, when he travels to Midian, where he meets his wife Zipporah (the son of the Midian priest), he is characterized by some shepherds as an Egyptian man (2:19).

He “passes” as an Egyptian betraying his “hybrid” identity. The psychology of this identity explains Moses’ murder of an Egyptian. Moses, although Hebrew grew up among privileged Egyptians, sheltered from hard labor. Upon witnessing their “forced labor,” and how an Egyptian is beating a Hebrew, Moses kills the Egyptian, hiding him in the sand. (2:11-12)

A post-colonial perspective suggests the self-division of Moses. In virtue of his upbringing, Moses is complicit (or so he might feel) with the very regime that enslaves his native people. His rage bursts out in sudden murder. Enslaved people are sometimes so resigned to their bondage that they are unable to envision freedom sufficiently to hope or struggle for it. Moses has experienced material comforts, as a standard against which to compare the degraded condition of his fellows. His anger may be motivated by the complex psychology of such hybrid allegiances with admixtures of guilt. Imperial regimes implement a “divide and conquer” strategy. Oppressed people direct their violence, “horizontally,” against one another, rather than against their oppressors. Accordingly, two Israelites fight among themselves, in the next scene, and resent Moses’ peace-making: “Who made you a ruler and judge over us?” (2:13-14). In brief, a post-colonial analysis troubles the boundaries between “enslaved” and “slave –driver,” the “oppressed” and “oppressor.” The hybrid identity of Moses situates him as an imperial elite, who shares in the privileges of the court, while being antagonized by the very enslaved compatriots whom he is called to liberate.

Feminist Theory: The feminist political theorist Seyla Benhabib writes about inter-cultural disputes, between minority and majority cultures, in The Claims of Culture. Political clashes frequently concern the status of women in distinct cultural communities, e.g. female circumcision, the Muslim hijab and other head-scarves or veils, polygamy, arranged marriages, kinship marriages, refusal of girls’ education, and similar matters. Benhabib discusses the French ban of Muslim headscarves among girls. The girls’ own voices were not consulted. The girls –and their headscarves – became symbols, in a public spectacle.

The protagonists were French secular democrats and the antagonists, Muslim immigrants. The subordinate status of women is a primary point of contention between minority and majority cultures, today. In the Bible, women are rarely “subjects” or agents, but rather “objects” upon which are projected the fears and hopes of men. Women’s disobedience signifies political and religious subversion. Women commit idolatry, e.g. Jezebel (1 Kings 16:31; cf Rev 2:20). They accept foreign gods or consult witches and magicians rather than legitimate priests. The spread of Christianity had partly to do, according to early Christian literature, with the curiosity of Roman and Jewish women, in their hospitality to new and foreign gods, i.e. Jesus. The “good” and “obedient” woman, in contrast, is a badge of social and political stability. In patriarchal societies, women neither create nor fight in wars. Yet, women become spokespeople, espousing war. Feminist literary analysis is alert to the narrative ways that women are marginalized, silenced, conflated (one with the another), or unnamed in texts.

Women Saving Lives: Miriam is the sister of Aaron and Moses, called a prophet (15:20). But no prophetic book is devoted to Miriam. She sings a victory song, celebrating the downfall of the Egyptians (15:20-21), playing the part of the “obedient” and “good” woman who upholds Israel’s victory. The Hebrew midwives commit civil disobedience, subverting the imperial decree, which would have Hebrew babies slaughtered (1:15-21). In turn, Pharaoh’s daughter adopts Moses (2:5-10), supported by an unnamed sister of Moses, who may be Miriam (2:7), and by the mother of Moses. This imperial woman, Pharaoh’s daughter, cooperates with Hebrew women, across lines of national and socio-economic difference, undermining her own father’s decree. From the Egyptian perspective, these women, of differing nationalities, are “disobedient,” for destabilizing the imperial order. The biblical author views these life saving efforts as heroic or “god-fearing” (1:17, 21). The biblical narrative is double–edged (1:18-19). The “insiders” to the story will notice a protest of the imperial regime, as the women advocate for life against a death-dealing regime. The Pharaoh himself, a vain despot, is credulous.

Conclusion: The Exodus story may trouble our conscience. It may look like God is partial to one group (the Israelites), against another (the Egyptians), on account of their ethnic, cultural, or religious standing. Certainly, the Exodus plot does thrive on dramatic tension between heroes and foes.

Post-colonial feminist analysis offers a lens for regarding the Exodus from several vantage points. Ethnic and religious identities are hybrid not homogenous. Gender intersects with identity in surprising ways. In celebrating liberation, symbolized by the Exodus from Egypt, we shall not be seduced by the polarizing rhetoric of hero vs. foe or by bloodthirsty exultations, when the enemy is drowned by a mighty God. Instead, let us remember the life-giving deeds of individuals, each with a multifaceted individuality. Pharaoh’s daughter, a prototype for women in imperial regimes who use their privilege to serve life rather than death. The mother of Moses (2:1-3) and his unnamed sister (2:5, 7), who aid this imperial woman, across lines of class and national difference. Shiphrah and Puah, the Hebrew midwives, who save life too. Miriam, surrounded by her band of female musicians, whose prophecies were more voluminous, in historical fact, we suspect, than suggested by the few verses ascribed to her. And Moses himself, Hebrew by birth and Egyptian by culture, who wields his privilege and God-given authority for the sake of liberation.