The Evolution Of Alcohol Across the Three Monotheistic Religions

The world’s three major monotheistic religions have overlapping yet distinct relationships with alcohol. How did each community develop its practices? 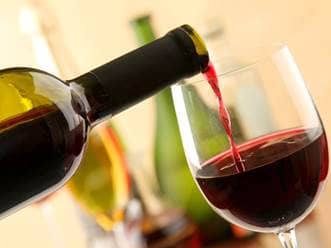 Why is it that one can observe a religious Jew filling his cup to the brim with wine on a Friday night, while a religious Muslim wouldn’t be caught dead holding a drink?

The world’s three major monotheistic religions have overlapping yet distinct relationships with alcohol. The evolution of alcohol in religion can be traced back over 4,000 years to pre-Abrahamic times. Its lineage continues throughout the Old Testament, moving into the New Testament, and the Quran. You probably know the basics—Islam forbids alcohol consumption, which is permissible in both Judaism and Christianity. How did each community develop its practices?

The word “yayin,” meaning wine, appears over 130 times in the Old Testament. Its very first mention is in the Book of Genesis. Noah, infamous captain of the ark, planted a vineyard after the flood (Genesis 9:20). We observe the dangers of alcohol early on, when an intoxicated Noah passes out after drinking too much and is found naked. The next mention of wine is also ominous, and occurs when Lot’s daughters get him drunk in order to sleep with him. Somehow, alcohol exists in the desert, because Aaron’s sons entered the holy sanctuary drunk and they’re subsequently swallowed up by the Earth (Leviticus 10:1-2).

Since alcohol earns a less than savory reputation in the first few chapters of the Bible, it’s easy to assume that drinking would be forbidden – or at least frowned upon – in Judaism. But quite the opposite is true. God requires the Israelites to bring wine to the altar as a sacrifice (Exodus 29:40) and tells people to enjoy wine during the festivals (Deuteronomy 14:26). In Judaism, wine is required on certain occasions and encouraged on others. Wine plays a significant role in the Jewish tradition and is considered a holy drink, the only drink over which a prayer is said. Wine is a requirement of the Sabbath, Passover, high holidays, at circumcision ceremonies, and weddings. According to Rabbi Eitan Webb, a Jewish chaplain at Princeton University, “To welcome the Sabbath with a glass of wine is to meld together our spiritual and material existences. It is a meeting of body and soul.”

Like the Torah, the Christian Bible is direct about the dangers of excessive drinking, perhaps even more so than the Old Testament, “And be not drunk with wine, wherein is excess; but be filled with the Spirit” (Ephesians 5:18). Still, Christianity has no qualms about moderate drinking. As in Judaism, the main idea behind alcohol consumption in Christianity is to honor God, as well as to build and strengthen community. The chief element is conviviality and the ability for two people, whether they be lords or peasants, to enjoy one another’s company.

Jesus’ first public miracle, of course, concerns alcohol: He changes water into wine. He performs this miracle at a wedding, a celebration of love and togetherness. According to the Christian Bible, the wine had run out at the occasion and so Jesus took six large stone jars filled with water and transformed the water into wine, the finest wine yet to be served (John 2: 1-11). His marvel furthers the idea that wine is an encouraged drink for festive times. Jesus drank in a Christian setting and if His followers aspire to live in His way, then they too should drink (in moderation!) for the purpose of joy and togetherness. Unlike Judaism and Christianity, Islam strictly forbids alcohol consumption. While Muslims consider the Hebrew Bible and Gospels of Jesus to be relevant scriptures, the Quran supersedes previous scriptures. For Muslims, the Quran is the ultimate criterion for judging the true, ethical, and moral way of life.

The Quran addresses the question of alcohol in three, seemingly contradictory ways. First, the text makes clear that there is some good that comes from drinking, but that the potential for harm is greater (2:219). Secondly, the Quran indicates to believers that they should not approach their prayers in a state of intoxication (4:43); this restriction severely curtails when one could potentially drink, given that Muslims are required to pray five times each day. Thirdly, the Quran clearly prohibits alcohol consumption altogether, “O you who have believed, indeed, intoxicants, gambling, […] are but defilement from the work of Satan, so avoid it so that you may be successful” (5:90). According to the Jurists, the authoritative religious scholars, alcohol interferes with a person’s obligation to preserve themselves and their intellect.

Why is it that one can observe a religious Jew filling his cup to the brim with wine on a Friday night, while a religious Muslim wouldn’t be caught dead holding a drink?

“For many Muslims, alcohol is a question of identity,” Sami Zubaida, a sociologist at Birkbeck College in London, told the Economist. It’s possible that the stigma towards alcohol in Islam stems partly from a desire to distinguish the religion from Judaism and Christianity, in the same way the wearing of yarmulke distinguishes Jews from others. So while some, including Zubaida, believe alcohol consumption is “a question of identity,” traditionally Islamic tenets are truths handed down to Mohammed directly from Allah.

There is some explanation for what appear to be incremental dicta when it comes to Islam and alcohol consumption. The concept of abrogation, or presenting laws in subsequent stages with the understanding that the later ruling takes precedent over the earlier, is common in the Quran. In the context of wine, abrogation may serve practical purposes. Historians widely agree that alcohol has its origins in the Middle East, and so the region was a haven for alcohol production. Given that alcohol was both a large part of Middle Eastern culture and business, Muslims needed to gradually step away from it. According to an Imam we spoke with, here the Quran practices situational ethics in order to avoid causing chaos within the Muslim community and the greater economy.

Though variation exists across the three, Christianity, Judaism, and Islam each has a distinct and nuanced relationship with wine and with alcohol, more generally. Of course interpretations of alcohol’s place in each religion have shifted over the course of centuries, and will likely continue to evolve based on politics, culture, and the religious figureheads of the day.