The Devil We Refuse to See

History, reason, and common sense demonstrate the dangers of seeing demons everywhere. We moderns don’t, however, appreciate the danger of refusing to see demons anywhere. 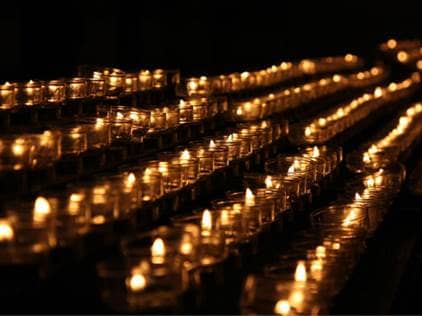 You don’t expect to see stories about demon possession in the pages of a mainstream newspaper, but that’s just what readers of the Indianapolis Star got in late January. The paper published an astonishing story about the alleged possession and exorcism of Latoya Ammons, and her children. National and international media outlets picked up the story and made it a viral sensation.

What made the Ammons story different from the kind of lurid accounts you find in tabloid newspapers? Evidence given in official state documents and on-the-record interviews by police officers and medical personnel, who said they witnessed bizarre things that could not be explained by ordinary means.

According to an official report filed by a Department of Child Services investigator, a physician’s staff observed one of the Ammons children “lifted and thrown into the wall with nobody touching him.” The investigator and a psychological counselor saw the child “walk up the wall as if he was walking on the floor and [do] a flip over the grandmother.”

There was much more along these lines. Testimony like this is common among Christians who work in exorcism and deliverance ministry, but it is exceedingly rare to find it attested by doctors, police officers, and state investigators. As a former newspaper journalist, I am certain that the Star published this chilling story because it judged the word of police and medical eyewitnesses more reliable than the claims of religious believers. As a matter of professional ethics, they were right to; extraordinary claims require extraordinary evidence.

How much evidence, though, is required for skeptics to believe in the reality of demonic possession, and of the existence of intelligent spiritual entities dedicated to hate and destruction?

Almost all religious traditions – pagan, Abrahamic, and Eastern -- posit the existence of malevolent spirits, called “demons” in Christianity. In the Gospels, Jesus often confronts and casts out demons. Yet in the post-Enlightenment West, the idea of “spiritual warfare” – a term for the direct and indirect struggle humans endure with these entities -- has been largely abandoned, even by churches. What earlier ages would have identified as demonic, we call psychiatric.

From a Christian point of view, this is not necessarily a bad thing. When people suffer from mental illness, they should be treated for mental illness, not made to endure an exorcism. The problem is when our scientific materialist worldview leads us to deny that there can be any valid supernatural explanation for paranormal phenomena. Sometimes, fundamentalist rationalism can make its adherents as blind to reality as religious fundamentalism.

Few of us will ever see a manifestation as terrifying and as inexplicable as a child walking up a wall, but many of us have had paranormal experiences that defy explanation.

In 1992, I was present as a journalist at an exorcism ritual, and saw a heavyset woman lifted up and thrown backwards over a chair. I also saw a candle rise over a table with no one near, and fly into a chair. Two years later, then as a believing Catholic, I summoned the exorcist to deal with poltergeist activity in my parents’ house following the death of my grandfather. Nothing like that had ever happened in my family and little in their belief system prepared them for it.

But it happened. We saw it, we heard it, and one of us – my father, around whom the activity centered -- even physically felt it.

Many people have similar paranormal experiences – some more dramatic, some less – but are afraid to talk about them. They fear being ridiculed. But they know what they experienced, and they know it cannot be explained away. Jeffrey Kripal, head of Rice University’s religious studies department, has written critically of how contemporary intellectual culture denies data – like, for example, eyewitness accounts emerging from the Ammons story – because it does not fit into the materialist theory they prefer to believe.

“Just how long can we go on like this until we admit that there is real data, and that we haven’t the slightest idea where to put it?” writes Kripal in his 2011 book Authors Of The Impossible: The Paranormal and the Sacred.

History, reason, and common sense demonstrate the dangers of seeing demons everywhere. We moderns don’t, however, appreciate the danger of refusing to see demons anywhere. Disbelief in the demonic cause the careless to open themselves up to attack by dabbling in the occult; I have seen this happen, with grave results. In the mirror image of misdiagnosing treatable mental illness a spiritual sickness, denying the possibility of demonic oppression can also abandon some suffering souls to their misery by denying them effective treatment.

The exorcism I witnessed in 1992 was not of a person, but of a property. The house sat on a wooded lot. Though brand new, and built of costly materials, it was falling apart. Multiple building inspections found no cause for it. When the widow who lived there alone exhausted every rational explanation, and grew tired of objects mysteriously moving around her house, she contacted the exorcist, the Rev. Mario Termini.

When I interviewed her after the ritual, she said that she never imagined reaching out to a priest under these circumstances – but sheer desperation drove her to it. Nothing else worked – but this, as it turned out, did. She had no problems at the house after the exorcism.

Father Termini, who has since died, told me this was a familiar story. I asked him how he convinced people he ministered to that demons were real, and that God provided means to deliver people from their malevolent influence?

“By the time people find me,” the old priest said, “they don’t need to be convinced.”