It’s not that they are bad kids; it’s that the basics of Christianity are unknown to them. Mind you, these are college students who were raised in Christian homes, and who chose to attend Christian colleges. 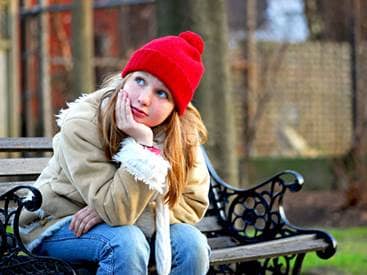 In March, I traveled around the country to give speeches at three Christian colleges. At each stop, I spent some time talking to professors, asking them what they’re seeing in their classrooms. And at each stop, the anguished answer was the same: These kids know almost nothing about their faith.

It’s not that they are bad kids; it’s that the basics of Christianity are unknown to them. Mind you, these are college students who were raised in Christian homes, and who chose to attend Christian colleges. And yet, their teachers are discovering that when it comes to the Christian faith, most of them are blank slates.

Let me repeat: these are Christian students, in Christian colleges. In California, a Baptist theologian who teaches at an Evangelical college told me the ignorance of his students astonishes him. “It’s all Moralistic Therapeutic Deism with them,” he said. “Maybe you’ve heard of that?”

Indeed I have. MTD is the name that the top sociologist Christian Smith gave nearly a decade ago to what he calls the “de facto dominant religion among contemporary teenagers in the United States.” Simply put, it’s a pseudo-religion that says faith is about nothing more than “feeling good, happy, secure, and at peace.”

The Christian college professors I talked to did not disdain their students. In fact, they all indicated deep concern for the spiritual and moral welfare of these young people. “We only have them for four years,” said one teacher. “You try to make up for what they’ve not been given, but there’s only so much you can do.”

This is not failure on the part of these teenagers. This is a failure of those who raised them: their parents and their religious institutions. They have sent an entire generation into the world radically unprepared for its challenges.

Perhaps they thought that there was enough Christianity ambient in the culture that their kids would somehow acquire it. If so, they were fools. Research shows that the Millennial Generation is falling away from church in numbers never before seen in American history. The currents of our secular culture are sweeping millions of young Christians away from their faith, and the older generation has given them little to hang on to.

And what of those who stay in the church? What will they make of the institution handed on to them if they haven’t been educated in its basic principles, doctrinal and otherwise? If what happened last month in Charlotte, NC, is any indicator, there’s trouble ahead.

A fierce controversy erupted at Charlotte Catholic High School when Sister Jane Dominic Laurel, a Rome-trained theologian who belongs to an orthodox Catholic religious order, gave a talk about sexuality and Catholic teaching. Teachers and students angrily revolted, saying that Sister Jane’s talk was offensive. They signed a petition demanding that the bishop take action.

What did the nun say? As of this writing, nobody has produced a recording of her talk. A priest who was present told the Charlotte Observer that she gave a standard presentation of Catholic moral teaching. Several readers of my blog wrote me to say they had heard Sister Jane give what is almost certainly the same talk at their local Catholic schools – and she was fine.

“Sister Jane was rejected because she presented the truth about Catholic teaching on some controversial topics,” an Iowa reader speculated. “And her audience, not used to hearing the truth, was offended because she didn’t agree with the MTV, relativistic culture they lie in where we’re expected to tolerate everyone and their lifestyle, being careful not to judge anything or anybody.”

That’s probably closer to the truth of what happened in Charlotte Catholic than any other account, though a recording of Sister Jane’s speech may show otherwise.

Whatever really happened at that school, it remains the case that young American Christians by and large have scant knowledge of their faith traditions. Whether they accept or reject religion, they do not understand what they are accepting or rejecting. Many parents, churches, and religious schools have given their young nothing to build a faith life on but emotion and moralistic therapeutic tosh.

I came home from these college visits discouraged, but also challenged to put my own complacency behind. My children are still young. We attend church regularly, and have a pastor who teaches clearly and strongly. But he can’t carry the weight alone. Mom and Dad are the primary religious educators in the family. Now, each night, I sit down with my kids and teach them from a catechism.

God willing, my children will grow up as committed Christians, but if they walk away from Christianity, unlike most of their generation, at least they will know what it is they’re leaving behind.