According to the Pew Research Center, people who are sure of their belief in God are 12% more likely to “strongly agree” and 9% less likely to “disagree” that their lives have a purpose. Purpose leads to a more positive outlook on life in general. 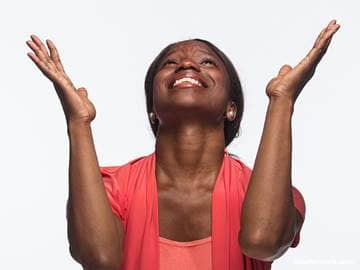 Most religious people wouldn’t turn away from their faith very easily. Religion is a very personally fulfilling and lifelong experience for many. Just anecdotally, there are thousands of instances of religion saving people or getting them through hard times. We now have the numbers to reflect the claims. Here’s some good news for religious and spiritual folks. A growing body of evidence suggests that religious people tend to be happier people who enjoy longer and healthier lives. There are many potential reasons for this finding, from stronger community bonds to a more optimistic outlook on life. Here are some interesting points to note from the various studies conducted on religion:

People of Faith Are Happier

According to the Pew Research Center, people who are sure of their belief in God are 12% more likely to “strongly agree” and 9% less likely to “disagree” that their lives have a purpose. Purpose leads to a more positive outlook on life in general.

People who identify with a certain faith also tend to be better at coping with mental illnesses like depression, according to the Handbook of Religion and Health. They tend to have more resources to manage the illness and stronger community ties or resources to bolster them.

People Who Attend Church Regularly Are Even Happier

A survey published in the American Sociological Review suggests the same happiness differential between people who attend religious services and people who don’t.

People who attend religious services at least weekly are also 6% less likely to report themselves as “not too happy” with life than people who seldom or never attend similar services.

Studies also suggest that people of faith tend to live longer. A growing body of science suggests that your immune system is stronger and your blood pressure is lower if you’re a frequent churchgoer.

Many religions, like Mormonism and Islam, espouse healthy practices already. People belonging to these religions are less likely to smoke, drink, and eat unhealthy foods. They tend to refrain from doing illegal drugs and get better sleep. After all, if you’re attending church every Sunday morning, you’ll probably want to get a good night’s sleep the night before.

Most of these results are correlational not causational though. There haven’t been any conclusive studies that prayer causes better health or healing as of yet!

Potential Reasons for This Occurrence

Though most studies do find a correlation between religious affiliation and greater reported happiness, it might not necessarily be your belief and spirituality alone that’s making you happier. Some findings suggest that religious people are happier because they are participating in or identifying with a community of likeminded people. The more you attend your local church, mosque, synagogue, or temple, the more you feel like a part of a group.

Religion gives you the opportunity to be a part of something and connect with a group of people who believe in the same things you do. Feeling like you’re a part of a group makes you happy in and of itself.

Also, many religions espouse ideals of optimism, forgiveness, mindfulness, and peace. People of faith might see the world through a slightly more optimistic frame than secular people. Generally, religious people are constantly striving to feel optimistic about their circumstances and they have a community of like-minded people to help them realize this goal.

Padmini Parthasarathy is an analyst at ValuePenguin.com , a personal finance research and analysis website. She covers the story behind the numbers on topics ranging from religion to consumer finance.