Spiritual Awakening and Social Justice: How One Woman Transformed Her Piece of the World

This year Mary Quinalty sold her home, gave away her possessions, and moved into Trinity House, a Catholic Worker “house of hospitality” for homeless people. This all happened after Mary experienced a spiritual awakening about twenty-five years ago that changed her life. 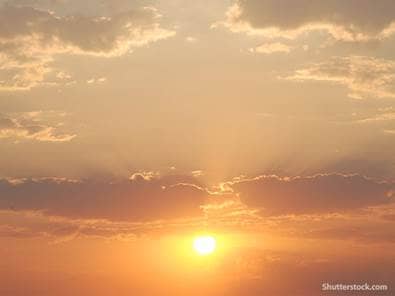 This year Mary Quinalty sold her home in an upmarket neighborhood of Albuquerque, New Mexico, gave away her possessions and moved into Trinity House, a Catholic Worker “house of hospitality” for homeless people where she is the full-time, unpaid administrator. Mary Quinalty is eighty-one years old.

“I had an experience in Mexico, about twenty-five years ago,” Mary says in explanation of her unusual move. “A spiritual vision. It changed me.” Mary’s experience is not unusual. A 2002 Gallup Poll showed that 41% of Americans have had some form of “awakening” or radically expanded awareness that has changed the course of their lives. Not all become activists, but Mary’s story illustrates the age-old relationship between spiritual awareness and community service.

Before her ‘experience,’ Mary was a program manger. In 1987 one of the volunteers she managed returned to his home in Mexico and invited Mary to visit him. The next long weekend, Mary and her partner Frank headed south in their ’63 Chevy. Thirteen hours later, tired and hungry, they found the tiny village of Colonias Juarez in Chihuahua, Mexico, the volunteer’s home town. They never found the volunteer, but in the village Mary met the man who would change her life forever, Father (Fr.) Joaquin Martinez. The priest introduced Mary to a level of poverty she had never known existed, and for the next nine years she and Frank spent every three day weekend working with him in the village.

Mary’s awakening took place on a journey with Fr. Martinez to the top of the mountains that surround Colonias Juarez. She clung to Frank as the priest’s open-topped Jeep bounced over boulders and crevasses, at times barely gripping the terrain. But eventually they reached a hamlet, a few tiny houses with mud floors. When the car stopped, the men jumped out. Mary stayed put.

Fr. Martinez went to the rear of the vehicle and when he came back into view he wore the glowing, white vestments of his vocation. He stood before the car, arms outstretched. The sun-drenched silence was absolute, the air utterly still. Minutes passed, nothing stirred. Then Mary noticed figures emerging from the rocks high above them. Whole families moved in silence, drawn to the radiant figure of the Padre. Mary had never seen him in his vestments before and watching the white fabric flowing from his outstretched arms, she realized she was in the presence of someone ‘holy’.

The scene was repeated in village after village until, at sunset, they reached their final destination, a little hamlet perched near the top of the mountain. There, Fr. Martinez introduced Mary to Rosa, a community leader and mother of seven who invited them to share her family’s meager dinner.

The next morning before leaving, Mary felt herself drawn up the trail to Rosa’s house at the same time that Rosa was descending to say goodbye. As Mary gazed upwards, Rosa’s form grew fuzzy against the morning sky. Then it began to glow, radiating brilliant light, a dazzling human shape without distinguishing features.

“I was mesmerized,” Mary says. “The brilliance reached a peak…[of] pure beauty and light. I was outside time…My whole body was filled with awe.” Eventually the radiance began to vibrate and dim, and there on the path once again was a smiling Rosa.

The Nature of Spiritual Awakening

Spiritual awakenings take many forms. The Institute for the Study of Peak States has documented over forty varieties of mystical experience across all cultures and religious traditions. Despite this variety, spiritual awakenings, or ‘peak states,’ share some key characteristics: timelessness, a radical expansion of awareness, a perception of beauty and an unconditional love so strong and solid it feels almost physically touchable, and a sense of oneness with all things.

“I tried to pick out a suit,” she explained. “I threw one after the other onto the bed. I had shopped for them all so carefully, but I couldn’t stand them. The colors…repulsed me.”

She struggled through work and couldn’t speak to Frank without crying. Not surprisingly, a gap opened between Mary and her colleagues. Her loving, gentle relationship with Frank deteriorated into bouts of anger and tears as he struggled to understand her strange behavior.

If it is not understood, the experience of radical awareness can strain relationships. Despite the frequency of such events, society often reacts with skepticism, fear and sometimes contempt. Some forms of spiritual awakening can be mistaken for psychotic breakdown but there are recognizable differences. In a psychotic episode ego structures break down. The boundaries between self and what is not self disappear in an often terrifying way. In a spiritual awakening, the ego is transcended but is left intact; we are both ourselves and at the same time, we are merged with the cosmos/god/life itself. We become nothing and we are everything, but we are aware of this paradox.

Mary and Fr. Martinez’s never spoke about her vision, but as she left the mountain he mysteriously advised her to search for a priest to guide her. Eventually she found one in Albuquerque. Under his guidance she and Frank came to understand the phenomenon of spiritual awakening and got their relationship back on track.

Fr. Martinez died of tuberculosis in 1996, around the time Frank suffered his first heart attack. He could no longer travel but Mary, animated by her experience on the mountain, felt compelled to do more. When she decided to move to Fr. Martinez’s birthplace, Frank gave his blessing. A month after her retirement, Mary set off for Rancho La Colorada in the State of Guanajuato.

Nothing she had experienced so far prepared her for the poverty she found there: no water, staggering mother and infant mortality rates and no education services beyond elementary school. She tried to teach hygiene but cleanliness is not a priority for people who have to dig in the dirt with their hands to find food. So Mary researched water sources. She found a water table they could tap into if only they had submersible pumps.

Back in Albuquerque, Frank raised the money for the pumps and by the following summer eighty-two families were able to feed themselves on crops they grew themselves. Mary turned her attention to education issues while Frank teamed up with St. Anthony’s Alliance, a group of doctors who provided medical supplies to the village.

By 2009, the little Mexican hamlet had a thriving farming sector, health and education services, and a sewing cooperative. But Frank’s health had deteriorated badly. Mary returned to Albuquerque and in 2010 she lost the man who had loved her enough to support her calling, even if that meant living apart.

When asked about her accomplishments, Mary says, “I didn’t do anything… Everything I do is through God’s guidance. He led me to the resources I needed.” For those whose spiritual awakening does not include a concept of god this guidance is often experienced as a succession of synchronicities. Life seems to point the way and provide the resources.

Mary belongs to a long lineage of mystically inspired activists. The Catholic Worker Community was founded by radicals Dorothy Day and Peter Maurin. Day often described herself as “haunted by God.” She devoted her life to activism because: “We are one flesh in the Mystical Body…”

” and the history of Mary’s chosen religion, Catholicism, is packed with mystic activists. The ancient Irish saint, Brigid of Kildare, experienced the mystical from an early age and, like Day, became an activist. She founded a monastery and a hospital, provided food for the hungry and education for craftsmen. The lineage continued throughout the middle ages in both Christianity and Islam with John of the Cross, Rumi, Haifiz and others who founded or inspired communities. It lives on through Martin Luther King, Ghandi, Mother Theresa, Desmond Tutu--all motivated by their spiritual experiences. “God's dream,” Tutu said, “is that you and I and all of us will realize that we are family, that we are made for togetherness.”

Most spiritually inspired community activists don’t become famous. CNN and Oprah never come calling. A few like Mary, a former journalist, have the skills to tell their own story in a memoir. Hopefully her story will stand as a monument to all those unknown people who labor anonymously, quietly transforming their part of the world.

Catherine Dowling is the author of Radical Awareness: Five Practices for a Fully Engaged Life, a handbook for putting the wisdom of spiritual awareness into practice in daily life, and Rebirthing and Breathwork: A Powerful Technique for Personal Transformation. She can be contacted at: www.catherinedowling.com.