Should Christians Spank Their Children?

While spanking is a form of discipline – the repercussions can be felt physically and emotionally. It’s important to show your child unconditional love because they need to know that their behavior doesn’t make them a bad child. 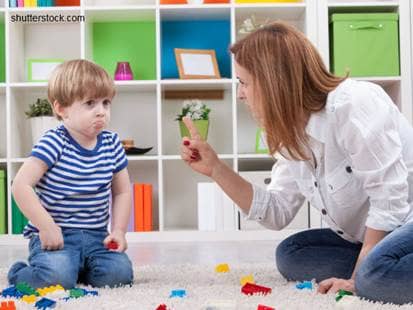 There’s a difference between a raging parent beating their child and a parent disciplining their child. The Bible’s word on discipline clearly demands that parents be responsible and diligent when administrating a spanking – there must be balance, reason and control.

Before spanking a child there should be a number of things that are done because the child should be clear about what they’re doing wrong and the consequences that are attached to their behavior. The line of recourse should display clear warning and establish responsibility by identifying what is wrong. When administering discipline parents should avoid embarrassment, communicate grief, display sincere repentance and provide unconditional love.

While spanking is a form of discipline – the repercussions can be felt physically and emotionally. It’s important to show your child unconditional love because they need to know that their behavior doesn’t make them a bad child. It’s important to reiterate that good children sometimes misbehave and their bad choices and actions can be fixed.

The Bible never implies that the action of discipline should be violent. It doesn’t offer specifics about how hard a spanking should be because based on the readings of the Bible, the punishment is not meant to be a brutal act. The Bible suggests that the act of spanking is out of love and a sheer desire for the child's welfare.

The book of Proverbs says, “The rod of correction imparts wisdom, but a child left to himself disgraces his mother” (Proverbs 29:15). The verse outlines the consequences of not disciplining a child. However, the end goal of discipline is for the good of the child and shouldn’t be used to justify the abuse of children.

“No discipline seems pleasant at the time, but painful. Later on, however, it produces a harvest of righteousness and peace for those who have been trained by it” (Hebrews 12:11). A parent’s discipline, like God's discipline, is meant to be loving. Physical discipline should never be used to cause lasting physical harm or pain because the effects from that treatment can cause emotional scaring that will affect someone into their adulthood. A spanking should always be followed by comforting the child with reassurance that he/she is loved and the reason why the discipline was administered. Christians should utilize the act of spanking as the perfect time to teach a child that God disciplines out of love - and that parents do the same for their children.