Historic change and progress has been made in regards to gender equality among religions, but the conversation continues. 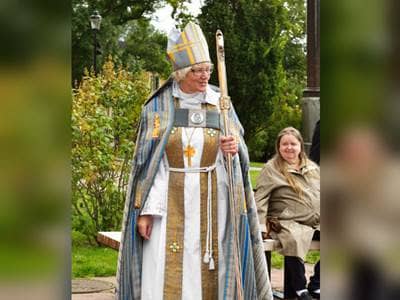 Historic change and progress has been made in regards to gender equality among religions, but the conversation continues.

In the past several years, we have seen cultural change bend in the manner of increasing the female presence on a larger and prominent scale in society. Religious groups and organizations have not only discussed equality among various religions, but gender equality within these institutions.

Legislation has been passed to provide women more opportunities in higher religious roles that have been traditionally held by men.

The Church of England recently appointed its first female bishop, Rev. Libby Lane. Antje Jackelen became the first female archbishop in the Church of Sweden. Although it speaks to the growth and movement of positions for women in religion, inequality and injustice is still as pervasive as ever.  Advancement is not complete with only one woman serving at that level within the church.

Interpretations of religious law and principles, and its enforcement, have created a sphere of subordination for women, who seek to be more active in the church and in their communities. As they continue to chip away at the glass ceiling for monumental change, their roles are crucial to the identity and role religion plays in people’s lives.