The Power of God's Names

As you explore the richness contained in the names of God used in Scripture, you will learn to trust the Lord's goodness, rely on His promises, and live in His abundance. 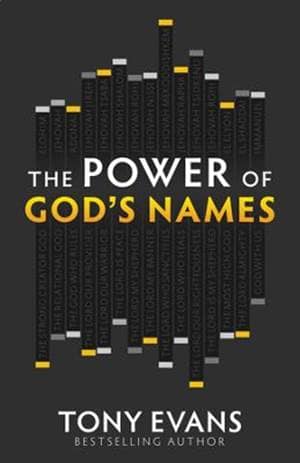 Taken from The Power of God's Names Copyright ©

What’s in a name?

In Scripture, God reveals Himself to us through His names. So to fully grasp the significance and power of God’s names, we first need to understand the importance of names in ancient cultures. In Old Testament times, a name was more than simply nomenclature. Rather, it revealed important information about the individual or thing itself.

A name is so important in biblical settings that Scripture frequently mentions God Himself changing someone’s name to reflect a new reality. Abram, which means “exalted father,” was changed to Abraham, meaning “father of a multitude.” Jacob, whose name meant “grabber of the heel” and “deceitful,” received a new name after wrestling with God. His new name, Israel, means “one who prevails.” In the book of Hosea, God changed the names of Hosea’s son and daughter to signify changes in His relationship with His people. Lo-ammi (“not my people”) became Ammi (“my people”), and Lo-ruhamah (“not pitied”) became Ruhamah (“one who is shown compassion”) (Hosea 1:6-9; 2:1,23).

Moving to the New Testament, we see Jesus telling Simon, His new disciple, “ ‘You are Simon the son of John; you shall be called Cephas’ (which is translated Peter)” (   John 1:42). The significance was that the Greek word translated Peter is petros, which means “rock.”

In Scripture, a name often connotes purpose, authority, makeup, and character. In fact, a person’s name is frequently seen as an equivalent of that person.

When Jesus said, “I have made Your name known to them, and will make it known” (   John 17:26), He was referencing more than just sounds put together in a word. In Jesus, God came to earth in the flesh and unveiled His heart, mind, will, character, and being through the revelation of His name.

In the Bible “name” is a translation of the Hebrew word shem (in the Old Testament) and the Greek word onoma (in the New Testament). Together, “name” appears more than 1000 times in Scripture and routinely carries with it the idea of power, responsibility, purpose, and authority. A name not only expresses the essence and significance of what is being named but also, when duly authorized, accesses the quality it conveys.

Because of the depth of God’s character, He has various names that reflect the many ways He relates to humanity. For example, God is called Elohim when revealing Himself as the all-powerful Creator. He is Jehovah Nissi—the Lord’s banner of victory (a name you need to know when seeking victory in your life). God is also known as Jehovah Rapha, or the Lord your healer. When you are in need of provision, get to know the name Jehovah Jireh—God, the provider.

God has a name for every situation we find ourselves in. We need to learn the names of God because when we know His character and His capacity, we will find rest and discover peace and power in His covenantal care of us.