Persecuting the “Christian Cult” in China

Persecution and antagonism against Christians and other religions in China is on the continual rise, China Aid reported. 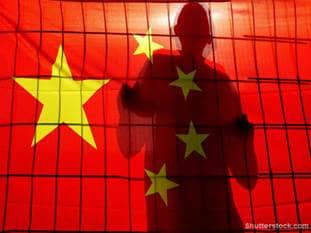 Persecution and antagonism against Christians and other religions in China is on the continual rise, China Aid reported. Abuse from the People’s Republic of China against its own citizens is staggering, and 2015 was labeled by the international non-profit Christian human rights organization as the “year of persecution.”

Abuse from the Chinese government has skyrocketed over 150 percent since 2013. Since last year there was a documented 572 cases of abuses “in which 17,884 religious practitioners were persecuted, representing a 300 percent increase since 2013,” according to the CA’s 2014 Annual Report Religious and Human Rights Persecution in China.

Urban and rural house churches are under the light of the regime, and were forced to join the Three-Self church, which believes the Communist Party is at the head of the church. If not, consequences of going to a labor camp or worse could be implemented for the Christian “cults.”

“Certain Christian sects throughout China were banned, such as “the Church of Almighty God,” leading to the arrest and conviction of more than 1,000 religious adherents. The Chinese government also made significant efforts to promote “the construction of Christianity with Chinese characteristics,” or “sinicization,” thus attempting to transform Christian theology into a doctrine that aligns with the core values of socialism and so-called Chinese characteristics.”

Many people are in prisons for challenging the regime.

The administration is using reform as a veil to abuse people. Two Christians were sentenced to an 11-day administrative detention for disturbing the public for teaching the Bible. Over 100 church buildings were destroyed and crosses were removed in 2014. Liu Ping is serving a six-year sentence for speaking against government corruption in 2011.

Journalist Gao Yu was sent to prison for sharing a “state secret,” and was denied access to her lawyer.

William Nee of Amnesty International said Yu “is the victim of vaguely worded and arbitrary state-secret laws that are used against activists as part of the authorities’ attack.”

For the full report from China Aid click here.