Having the liberty to worship freely is easy to take for granted. 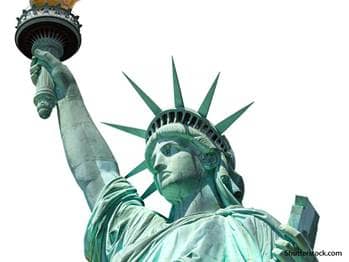 Every year the President of the United States declares National Religious Freedom Day. The day honors the Virginia General Assembly's adoption of the Virginia Statute for Religious Freedom on January 16, 1786 signed by Thomas Jefferson. This disestablished the Church of England, which ruled the colonies since 1607.

A campaign was led by different groups beyond politicians that included Protestants, Catholics, Baptists and Jews during that time to make this change for all people.

“Congress shall make no law respecting an establishment of religion, or prohibiting the free exercise thereof; or abridging the freedom of speech, or of the press; or the right of the people peaceably to assemble, and to petition the government for a redress of grievances.”

Regardless of our disagreements we have in this country we are better than most in the world.

We can worship without fear of the military barging in and arresting us during a Bible study like they do in Iran. We can attend church without fear of repercussions wearing a cross, Star of David, or whatever faith we believe and know we won’t be murdered or sent to a work camp like in China or North Korea. Although over the years there has been court battles regarding religious symbols on the side of the road to honor loved ones, praying in public, or reading religious texts on campus--we still can express our faith without recourse.

We should be proud we are not displaced and don't have to move from home soil to find the freedom to pray the way we desire like those in the Middle East. Where they are killed or taxed for their faith.

The House and Senate passed a resolution to designate Jan. 16 as the day to honor religious freedom in 1992. Every year the president makes a declaration to encourage the nation to observe the day through events, schools, churches, and honor the freedoms we do have and take for granted.

President Barack Obama’s declaration in 2015 was the following.

“We must also continue our work to protect religious freedom around the globe. Throughout the world, millions of individuals are subjected to discrimination, abuse, and sanctioned violence simply for exercising their religion or choosing not to claim a faith. Communities are being driven from their ancient homelands because of who they are or how they pray, and in conflict zones, mass displacement has become all too common. In the face of these challenges, I am proud the United States continues to stand up for the rights of all people to practice their faiths in peace. Promoting religious freedom has always been a key objective of my Administration's foreign policy because history shows that nations that uphold the rights of their people -- including the freedom of religion -- are ultimately more just, more peaceful, and more successful. In every country, individuals should be free to choose and live their faith based upon the persuasion of the mind -- and of the heart and soul. Today, let us continue our work to protect this tradition and advance the cause of religious freedom worldwide.”

Let's never lose sight of what freedom means to us as a nation. We need to continue to work towards this goal every year for future generations, and stand for freedom for all, regardless of what challenges us. We can thank those who served our country to perserve this blessing of freedom, and those who risked thier lives to keep America free.