Middle East Considers Religious, Ethnic Hatred to Be Greatest Threat to the World 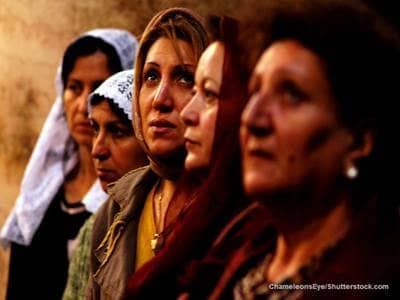 Five options were provided to people across the world – Inequality, Nuclear Weapons, Religious & Ethnic Hatred, AIDS & other diseases, and Pollution & Environment. Sentiments and results varied from region to region.

Seven Middle Eastern countries (Lebanon, Tunisia, Egypt, Israel, Palestine, Turkey, Jordan) were surveyed, and viewed religious and ethnic hatred as the world’s most extreme threat, with a regional average of 34%. Lebanon topped the list at 58%, with the Palestine territory following at 40%.

Given the growing animosities and recent dangers in respect to certain religious groups in the Middle East, it comes as no surprise, but notably, Pew conducted the survey during the months of April and May 2014, months prior to the surge of ISIS (Islamic state militants).

Aside from the Middle East, Nigeria and the UK also consider religious and ethnic hostilities the gravest concern, at 38% and 39%, respectively.

And where does America stand as their biggest threat? Inequality. Religious and ethnic hatred was a close second.

The Pew Research Center conducted a similar survey in 2007, showing significant shifts in attitudes that have developed since that time. Among 28 countries that were surveyed in 2007 and 2014, the median percentage has since doubled from 17% to 24% in regards to the danger of religious and ethnic hatred.