These priests and presbyteras reminded me of a lesson from my own experience: that love without struggle isn’t love. Having a family is one of the great blessings of life, and one of the purest forms of love we experience in this world. 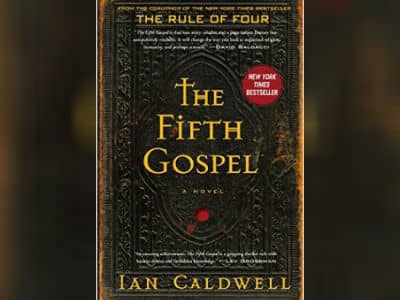 The research for my latest novel, The Fifth Gospel, introduced me to a world I never knew existed: the world of legally married Catholic priests and their families. As a parent myself -- my three young sons were born during the decade it took me to write my novel -- I wanted to know how priests and their wives experienced the transformative love of family life.

First, a primer. Almost all of the world’s 1.2 billion Catholics belong to the Western side of the Catholic Church, in which the priesthood is celibate. But there’s also an Eastern side, encompassing two dozen communities with 20 million believers, all of them Catholics in full communion with the pope. These Eastern Catholics follow their own ancient traditions, and one is that married men can be ordained as priests. The precedent is in the gospels, which tell us Jesus healed Simon’s mother-in-law, meaning Simon was married before he became Jesus’s chief apostle (and the first pope). So Eastern Christians of all stripes are accustomed to seeing the local parish priest living with his wife and children. They see no contradiction in Father also being a father.

What, then, is an Eastern Catholic priest’s experience of familial love? I conducted many interviews to write my novel, and here’s a sampling of what I found.

The story begins in seminary, the training school of the Catholic priesthood. Western priests often describe seminary as a psychological wrestling match with celibacy, a grappling with emotions and memories about former girlfriends. At the same moment, though, their Eastern classmates are leaving the seminary at night to go on dates! These Eastern men usually date within networks of other priestly families, because the obligations of becoming a priest’s wife (known as a presbytera) shouldn’t be taken lightly. Women from priestly families also understand the timetable: these men must marry before third year of seminary, or else not at all, so the courtship moves quickly and relies on deep similarities of outlook and faith.

To hear a priest and presbytera talk about their marriage is to detect the same bond that exists in certain military families: a togetherness forged in the crucible, a deep feeling of connectedness that results from joys and sacrifices most laypeople can’t quite understand. What seems to have cemented this feeling, in many cases, is having children.

Presbyteras will tell you that their husbands have two families: the one at home, and the one at church. When Father is out throwing the ball with his son, or feeding his baby daughter in her high chair, the phone can ring at any minute. A parishioner on the other end of the line can ask Father to come to the hospital to pray with an ailing grandmother, counsel a suicidal teen, even bless a new building.  Father will sometimes admit that his life can feel like a string of compromises, saying no to one person he loves in order to say yes to another. He thinks constantly about these choices, how best to make them, and feels grateful when difficult choices lead to beautiful outcomes.

For his wife, the juggling act can be even harder. When Father leaves to tend to his flock, it’s Presbytera who takes over in the game of catch or the feeding at the high chair. She teaches herself home repair so that she can finish jobs around the house that Father never quite has time to complete. She prepares the kids for Divine Liturgy (the equivalent of what Western Catholics call Mass), not just by making sure they’re ready early and braced to stay late, but by trying to make them understand that, even where forgiveness is plentiful, no child’s mistakes are placed under a microscope quite like a priest’s child’s mistakes.

Together, the spouses face the daily work of all families: to make ends meet. Jesus reminded us not to fret about material things, and many priestly families find strength in those injunctions. Some priests report that they are paid just above the poverty line, barely enough to be kept off food stamps, with small monthly stipends for each child they are raising. Presbytera sometimes taps into her entrepreneurial side and finds piecework she can do after the children have gone to bed. Those extra dollars make the weekly grocery shopping much less stressful, and give her a chance to buy an occasional treat for the children she often describes as “the best kids in the world.”

These priests and presbyteras reminded me of a lesson from my own experience:  that love without struggle isn’t love.  In retrospect, many of us find that our tenderest memories and most cherished accomplishments are of surviving what we weren’t sure we could survive, and of realizing we got through the worst of it because we were never alone. Having a family is one of the great blessings of life, and one of the purest forms of love we experience in this world.

Ian Caldwell is the coauthor of The Rule of Four, which spent forty-nine weeks on the New York Times bestseller list, sold nearly 2 million copies in North America, and was translated into thirty-five languages. He lives in Virginia with his wife and children. The Fifth Gospel was an instant New York Times bestseller and can be purchased here. To read a description of The Fifth Gospel visit Simon and Schuster.com.