Is Your City Listed as the Most Godless?

Which American city has strayed away from religion by choosing iniquity above church? 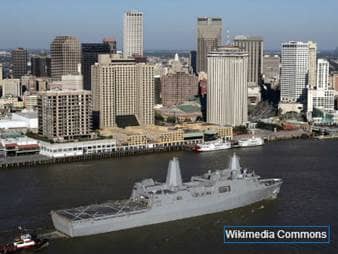 If you prefer to leave religion behind, you might want to pack the bags and move to the Pacific Northwest. The Public Religion Institute found that Portland, Ore., tops the list of metro areas with the most religiously unaffiliated people.

The percentage is staggering at 42 percent, the study found. Radio host and author Glenn Beck warned American’s on TheBlaze TV that “These are the cities to avoid like the plague,” The Blaze reported.

“And if you look at that list, these are the cities that already having trouble. We haven’t even hit the road bump.”  Whatever that bump may entail, another survey concluded the same city as being religiously unaffiliated.

Another survey earlier this year conducted by the American Bible Society also found that the Pacific Northwest topped the list of people who consider themselves unaffiliated. San Francisco, followed with 33 percent, and Seattle also recorded 33 percent. Denver moved into third with 32 percent and Phoenix, Arizona had 26 percent.

Tampa-St. Petersburg, Fla. hovered at 25 percent, Columbus, Ohio had 24 percent, so did Boston, Mass., Detroit (24), and  Los Angeles. In the mid-west Milwaukee, and Minneapolis topped out at 23 percent. Washington (23 percent)  took the honor in the East inching out New York City at 19 percent. For a complete list, go to Public Religion Institute.

Where are the godly cities? The South had stronger numbers of those who claimed to have a religious affiliation.

Good old Nashville had the fewest people without a religious association with 15 percent; Charlotte, N.C. had 17 percent, followed by Dallas, Atlanta, Orlando and the Steel City.

The study revealed that the three traditions that dominate the US are “Catholics at 22 percent, white evangelical Protestants (18 percent), and the religiously unaffiliated (22 percent).”

Catholicism is ranked as the choice religion in 17 states. White evangelicals topped in 15 states, mostly in the South.

Not that we should take credence from anything Russia’s president Vladimir Putin has to say, he had a point when mentioning the West leaving its Christian roots in 2014.

“Many Euro-Atlantic countries have moved away from their roots, including Christian values. Policies are being pursued that place on the same level a multi-child family and a same-sex partnership, a faith in God and a belief in Satan.”

Pew Research still found that many Americans still consider themselves Christian when they surveyed 35,000 people in a report released in May, but the unaffiliated increased from 16 percent to 23 percent in 10 years or less.

“While the drop in Christian affiliation is particularly pronounced among young adults, it is occurring among Americans of all ages. The same trends are seen among whites, blacks and Latinos; among both college graduates and adults with only a high school education; and among women as well as men.”